I’ve been a Simpsons fan since the start. Not, not since the first season. Not since the first Simpsons Christmas Special. No, I’m talking old school. Like way back on the Tracy Ullman Show. I wasn’t a fan of the show, but I LOVED the Simpsons cartoon shorts on it, so I’d suffer through all those bad skits just to see Homer’s latest zany antics.

My favorite character on the Simpsons? The answer is yes. Sorry but there are just soooo many characters that crack me up that it really is the entire ensemble cast that I love. Sure, Homer and Bart are classic. But so are Bumble Bee Man, Krusty, Sideshow Bob, Ralph, Comic Book Guy, Troy McClure (R.I.P.), Apu… you get the picture.

So when I was sent a review copy of The Simpsons: The Sixteenth Season, I couldn’t help myself from screaming, “Glayvin!” 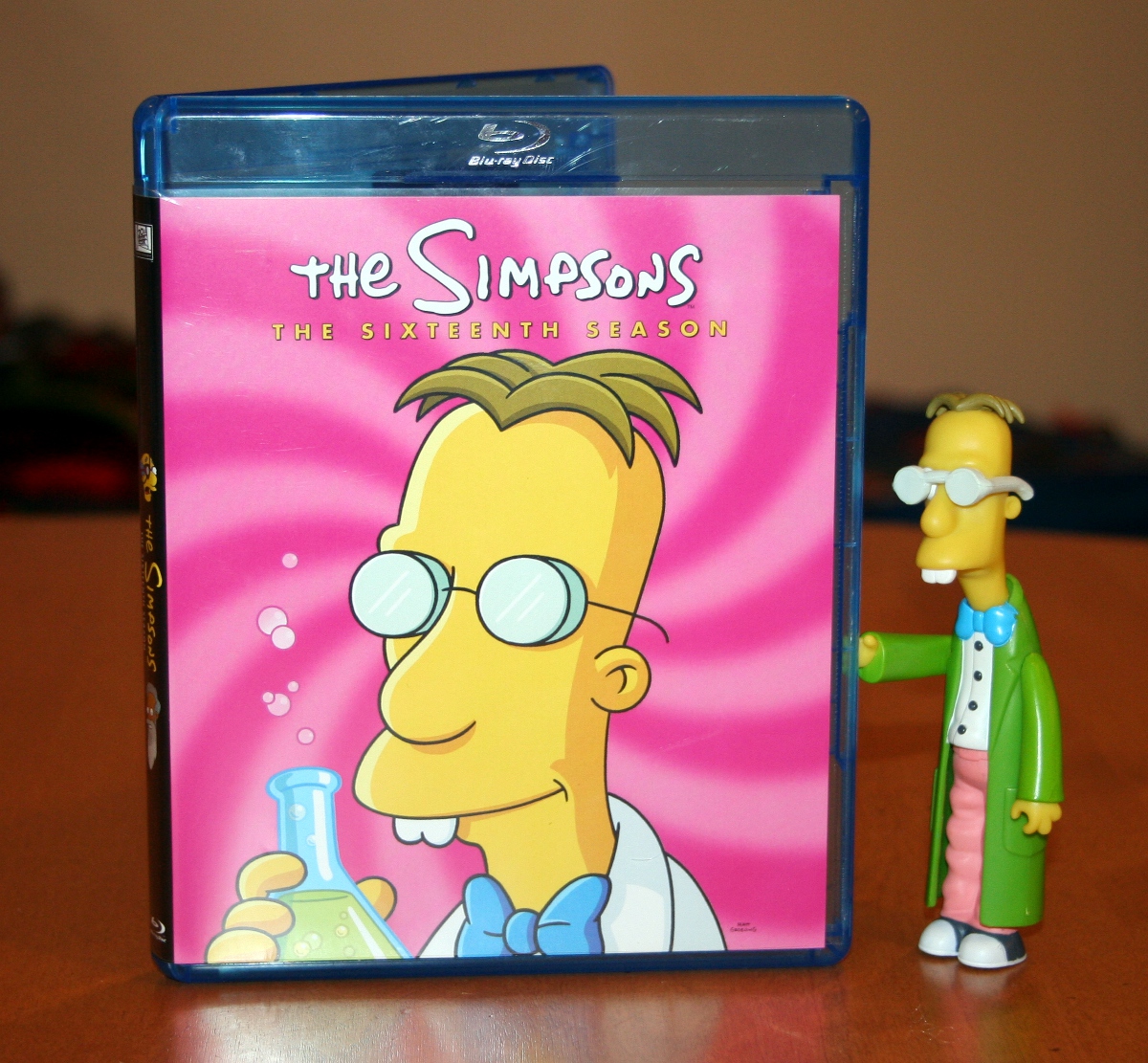 Yep, there’s my old pal Professor Frink on the cover being his classic nerdy self. When I popped the disc in, I sat with the kids for a few minutes just watching and laughing at the menu screen alone. Professor Frink’s in his lab performing a number of (failing as usual) experiments as he babbles incoherently. 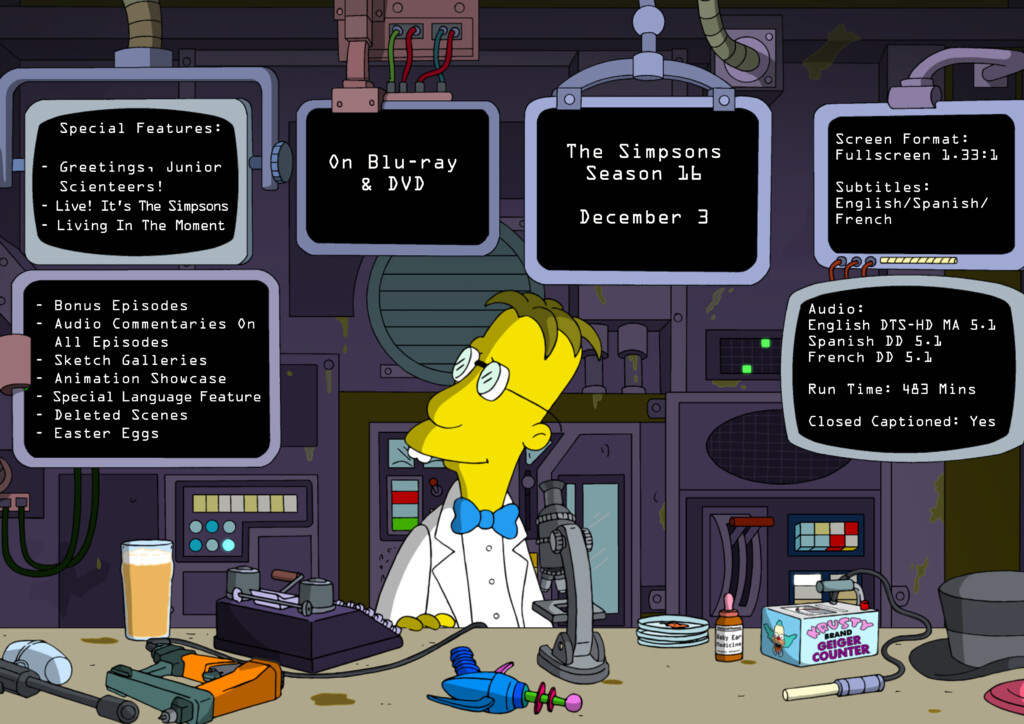 This set kicks off with the 15th Treehouse of Horror and as usual, it doesn’t fail to deliver. Professor Frink headlines the 3rd Treehouse tale as he invents a shrinking ray in this hilarious spoof of the classic Fantastic Voyage story. The collection features 20 more episodes from Season 16 that are a mix of hilarious, funny, semi-funny, and slightly funny.

I’ll admit that I’m a tough crowd. I find it really hard for The Simpsons to top the first five (Heck, I’ll even go up to 10 if I have to) seasons. The more recent episodes seem a bit too forced to me, where the entire episode seems centered on delivering one big punchline. I pretty much gave up watching the show religiously back in the 12th or 13th season, catching random episodes here and there since. So for the most part, I’m watching the Sixteenth Season cold.

As I expected, there were some great episodes, some good episodes, and a few duds. Well, even the duds kept me entertained I guess. I can enjoy the story without laughing my butt off like I used to do. And I still love how so many different characters are constantly being rotated in and out of the main and back storylines. 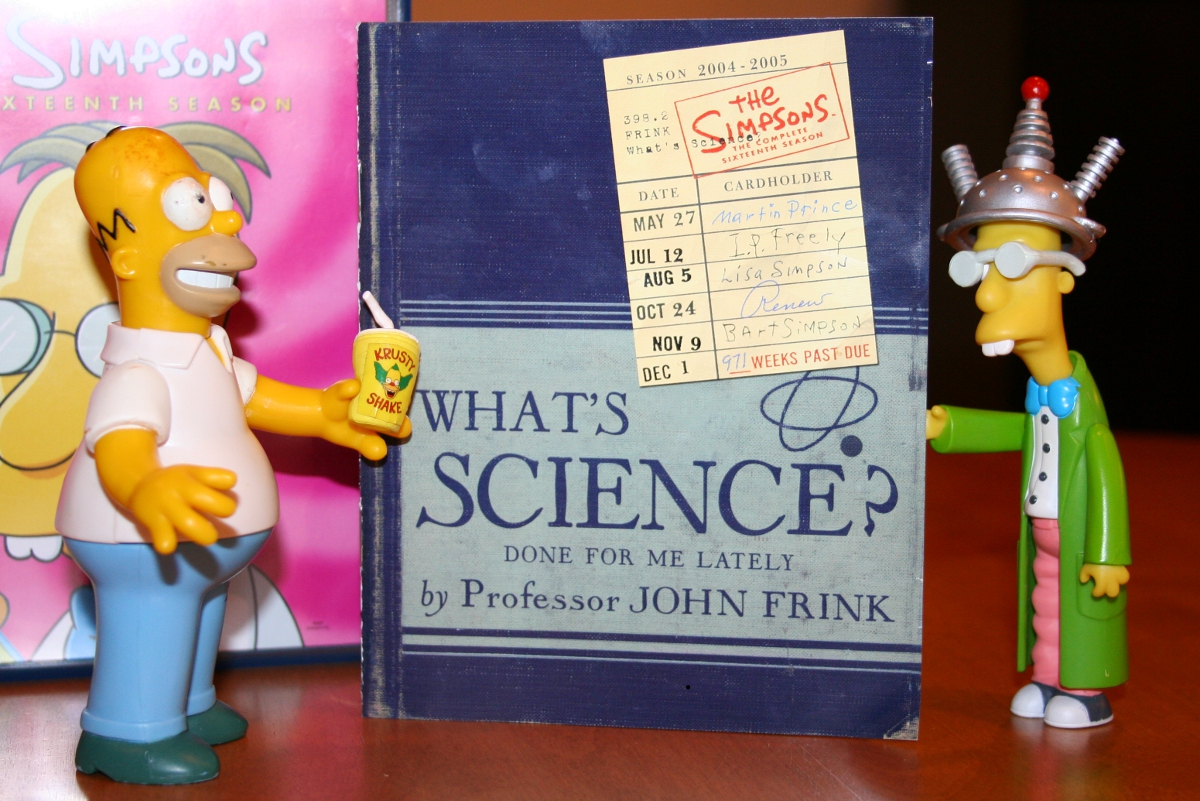 I absolutely love the insert that comes with the DVD. Instead of a basic one-sheet listing the episodes, the Blu-ray edition features a mini booklet entitled What’s Science? Done for Me Lately by Professor John Frink. Done up in a highly glossy paper, this booklet runs down every episode and treats it like a real science book full of diagrams, icons and the coolest DNA double-helix illustration you’ll ever see.

If you’re a longtime Simpons fan, you’ll definitely enjoy The Simpsons: The Sixteenth Season. If you’re a casual watcher or old-time fan like me, I’d recommend giving it a shot. The amount of detail and hilarity put into the DVD packaging and menu screens alone are worth the price of admisson on this one. And you’re guaranteed to find at least a few episodes in here that you love, if not loads of them. 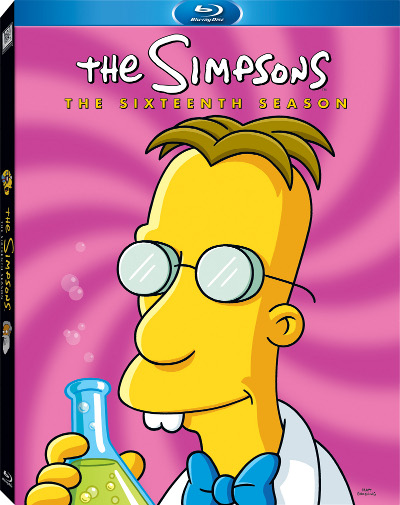 Buy The Simpsons The Sixteenth Season on Blu-ray | DVD

Note that this post contains a number of affiliate links. If you click through and place an order for any, I will make a small commission and do a happy dance. Thank you!