This Friday I’m heading to my very first BlogHer conference. I’ve attended tons of conferences in my career before (from comic book conventions to Affiliate Summits), but I’ve never gone to a blogger-specific one. Needless to say, I have no idea what to expect, other than to have a great time and meet some amazing people. I’ve said it a zillion times before, but bloggers really are the nicest folks around.

I just read a great post by Ali Martell (I’m assuming her last name is Martell, based on her domain name) entitled The Five-Minute Guide to Alimartell. In preparation for BlogHer, Ali decided to forgo writing about the conference itself, and instead talk about herself. That way, if you bump into her at the show, you’ll know what she looks like and have some good topics to talk about. (Avoid using the word “swells” or “heebie jeebies” around her. And woe to those who challenge this momma to a pizza-eating contest.)

Anyways, Ali did such a great job with her post that I want to borrow her idea myself! Blogging is all about networking, and I can’t imagine a better opportunity than at a conference dedicated to the art of blogging! So in the hopes that someone out there actually wants to meet me (or is wondering WTF this geeky guy is doing at a BlogHER conference), I offer my own five-minute guide.

Everything You Ever Wanted to Know About Andrew Kardon

I’m a gemini. Even better, my birthday’s June 2. Gemini. 2. See the connection?

I’m a professional writer/editor and have written about everything from Star Wars to comic books to even colorectal cancer.

Growing up, I had two Shih-Tzus named Buttons and Muffin. My request to call the second one Gowron was consistently shot down.

I love Star Trek: The Next Generation. If I want to take a nap, I’ll watch the original Star Trek.

I played little league as a kid and in my final year of playing, won the championship in three games. I normally played outfield because of my speed, but during the championship series was put at second base. I distinctly remember making the final out of the final game. Slow grounder right to me that I tossed to first for the win. Yay, Twins!

Despite my wife’s disbelief, I played the alto saxophone in elementary school and high school.

My trusty sax and I were in the marching band where we got to perform on the field at halftime during a NY Jets football game.

I once ate 56 pieces of raw fish in a sushi-eating contest… and came in third.

The highest score I ever got in bowling was a painful 199.

My wife grew up literally the next town over from me. But I never even met her until we both went to the same college some 160 miles away.

I’m a huge comic book fan. Have been since 3rd grade. Captain America’s my favorite. And I have never ever liked Superman.

The Atari 2600 is still the greatest video game console ever built. And yes, I still have one in working condition.

My favorite band of all-time is Twisted Sister.

Thanks to an old job I had in publishing, I got to meet Twisted Sister singer Dee Snider, and even gave him a tour of my office and took him out to lunch.

At San Diego Comic Con one year, I had dinner with Luke Skywalker himself, Mark Hammill. He was insanely way too nice.

As a kid, I DESPISED mushrooms. If we ordered a pizza with 1/2 mushrooms, I would literally freak out if even a tiny little microscopic piece was touching my half. Now I love ’em.

As a kid, I DESPISED olives. As an adult, I still despise olives.

I co-wrote a book with a friend of mine about, what else, comic book writers.

I co-own a social shopping website called JoeShopping.com. We’re the friendliest coupons and deals site on the web. Yay, us!

I own a Star Wars poker chip set. It was a gift from my wife.

I’m a die-hard Pittsburgh Steelers fan. No, I never lived in Pittsburgh. I just liked their uniforms when I was a kid, and stayed loyal.

Some of my favorite TV shows of all time include LOST, What’s Happening?, The Dukes of Hazzard, Knight Rider, and The Muppet Show.

Did I mention I just love the Muppets to death?

There was a Captain America ice sculpture at my wedding.

My two sons are the best things I’ve ever made. Although my wife’s 40th Birthday Cake last year was pretty impressive.

KitKats are my Kryptonite.

I taught myself guitar in college. I’m not very good but find it very relaxing.

My dream job is to be paid money to sit around and put LEGO sets together.

I’m not allowed to cook rice in my own house.

My oldest son Jason has severe allergies to tree nuts and seeds.

As a writer, I’ve had the privilege of interviewing an eclectic group of people including Marvel Comics founder Stan Lee, Family Guy creator Seth MacFarlane, and former WWF champion The Ultimate Warrior.

Bacon is nature’s perfect food. I strongly believe that.

The grossest thing I ever put in my mouth was Oyster Jerky.

The one person I truly want to meet and get the chance to interview would be Mr. T.

My favoritest place to go on vacation is San Francisco. Clam chowder in a sourdough bread bowl. Nom!

I spent five weeks backpacking through Europe with my college roommate. By the end of the fourth week, we were both ready to stab each other in the eye.

Patrick McGoohan’s The Prisoner TV series was so incredibly ahead of its time.

I’m currently reading and loving George R.R. Martin’s Game of Thrones series. (Though, the book series is really called “A Song of Ice and Fire.”)

My favorite part of the entire Lord of the Rings movie trilogy was near the end of Return of the King when Frodo just gives up on Mount Doom. Sam tosses him on his back and says, “I can’t carry it for you. But I can carry youuuuuuuu!”

Except for that one sleazy restaurant in the local mall, I have never met a Chinese Buffet that I didn’t like.

I eat a banana everyday. Usually around 11 a.m. 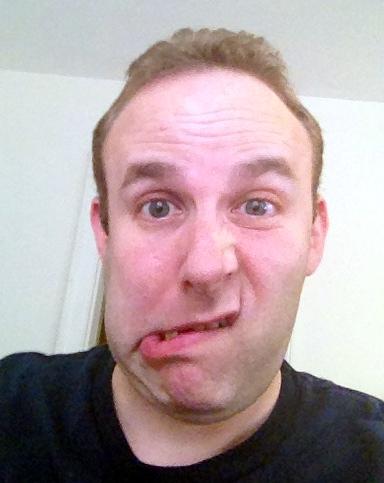 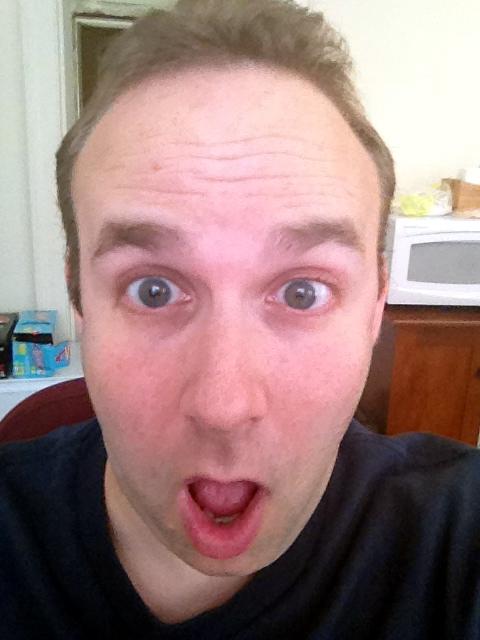 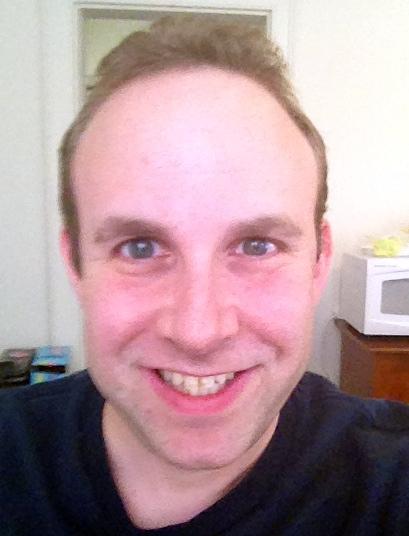 Hope to meet you at BlogHer!