Since I was a kid, I’ve never really liked Bil Keane’s Family Circus. I thought it was cute at best but really was a three-trick pony. The same three jokes just kept being rotated over and over and over again.

There’s the Jeffy running through the maze of a neighborhood. The kids blaming things on “Not Me” and “Ida Know.” And then one of the kids misinterpreting mom or dad’s conversations. Sure there were a few other’s thrown in, but I always felt like once you read Family Circus for a week, you were pretty much done.

Granted, this strip doesn’t “air” until the Sunday paper, but we get our Comics delivered with the Saturday paper. So I read it. And my mind was blown. Go ahead. Read it.

Did you see it? Do you get it? Do you see why my geek side is exploding with joy?

No, no. It has nothing to do with what Billy’s saying. But look down at the figures the kids are playing with. Yeah, they look kind of like Star Wars figures, right? Stormtroopers most likely. Actually, some look kind of like Snow Troopers.

That normally would’ve done nothing for me. But there was more.

Take a look at the toy in mom’s hands. Is it? It can’t be, can it? Why, yes, I believe that’s a Slave I ship! Boba Fett’s awesome ship from Empire Strikes Back! (Before I get any annoying nerdy comments saying it’s really Jango Fett’s ship, etc., let me just explain that Episodes I-III never happened and as far as I’m concerned, they are not part of Star Wars canon.) 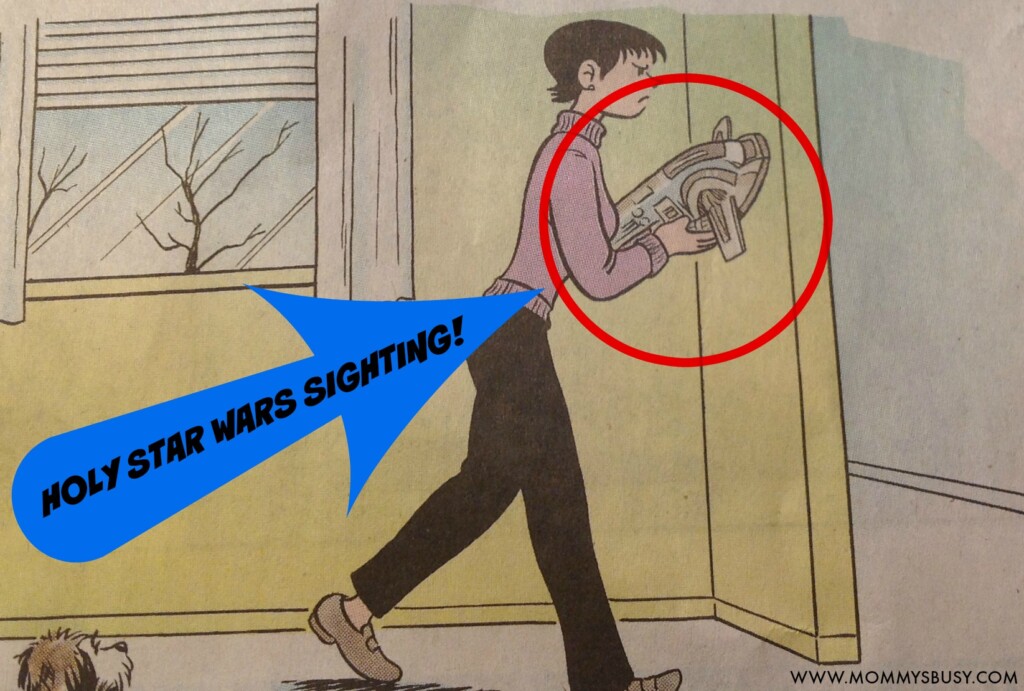 Here’s what the Slave I toy looks like. Sadly, I never had it as a kid, but soooo wanted it. My cousins had it, though and yes, I was uber jealous. Especially since it came with a little Han Solo in Carbonite “figure” that slid right into the ship! 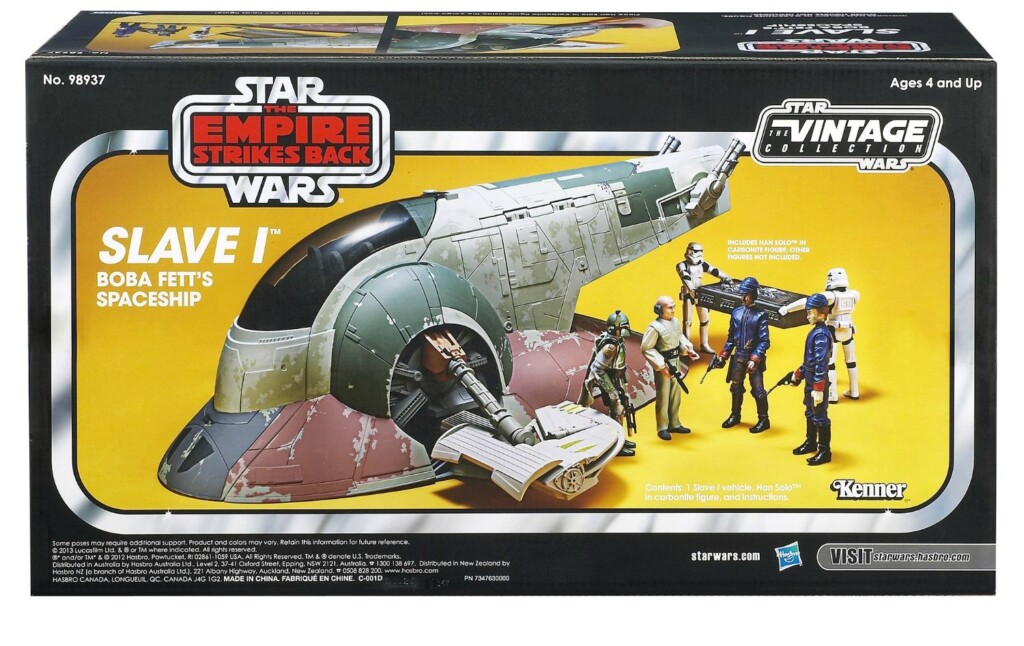 So, my apologies to Bil Keane and family. I may not enjoy reading the Family Circus. I may roll my eyes at most of the puns. But all is forgiven now that the Keane family has embraced the Power of the Force.

What do you think of The Family Circus?

9 thoughts on “I Finally Believe The Family Circus is Cool”