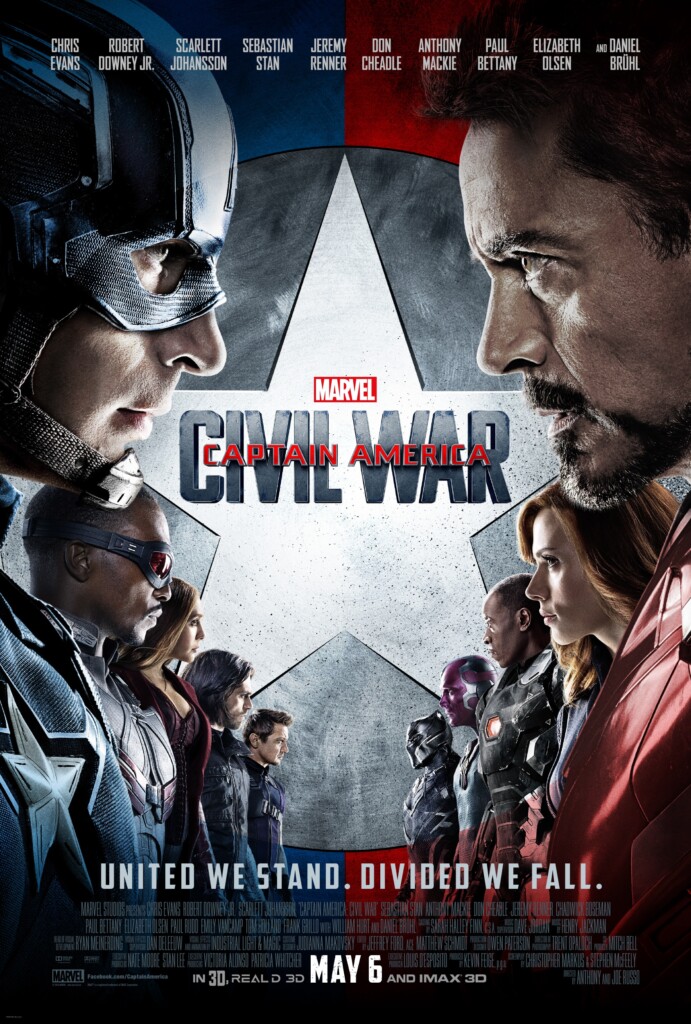 Tony Stark and Steve Rogers are currently duking it out on the big screen in the mega-fantastic film Captain America: Civil War. (Super short spoiler-free review: It’s AWESOME!!!!) Why do two teammates and friends start going mano y mano? Well, something bad happens and the US government starts to realize that while The Avengers have saved countless lives, their very existence is causing more and more crazy baddies to come out of the woodwork and kill plenty of innocents.

The solution? The Sokovia Accords, a hefty document that basically says The Avengers now work for the United Nations and will only act when ordered to do so. Iron Man’s in agreement, but Cap’s not too keen on merely following orders. The rest of the Avengers soon fall in line and you’ve got yourself #TeamCap versus TeamIronMan.

You’ve also got a secondary civil war going on, one that’s been raging between myself (Team Cap!) and fellow blogger and fanboy Drew over at BenSpark.com (Team Iron Man). We’ve been battling each other all over social media and our blogs for months now. And with the movie finally out, Drew did something very unexpected.

He extended an olive branch.

Well, no not a real olive branch, which is good because I hate olives. No, he sent me a very special care package. 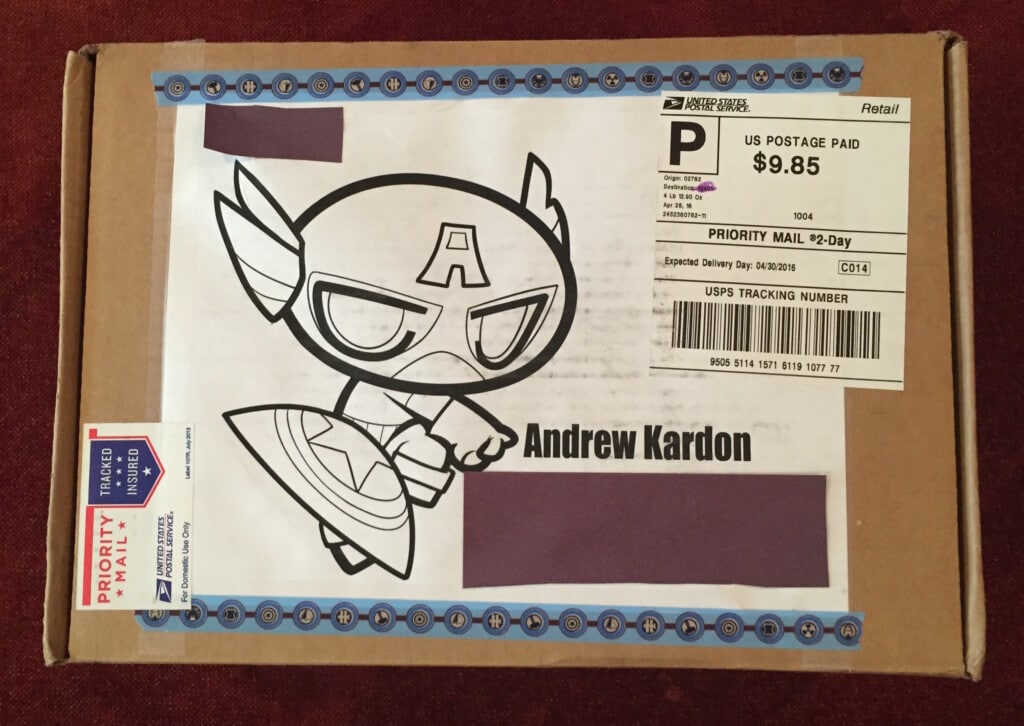 What was in the box? Was it a pile of flaming dog poo? Captain America’s head?!? Week-old fish?

Thankfully, none of the above. Quite the opposite in fact. I’ll break down everything for you but I put together a little Unboxing video for you guys so you can see exactly what I got that ended our Blogger Civil War:

Take a closer look at everything Drew was kind enough to send over. 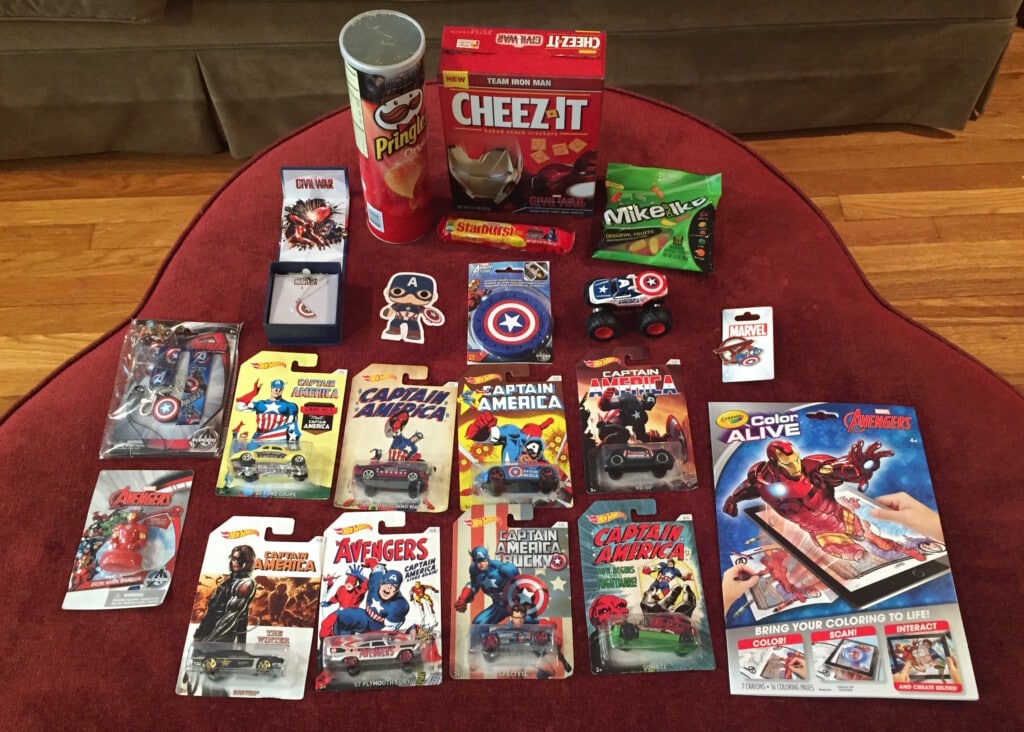 So much awesome Americaness! 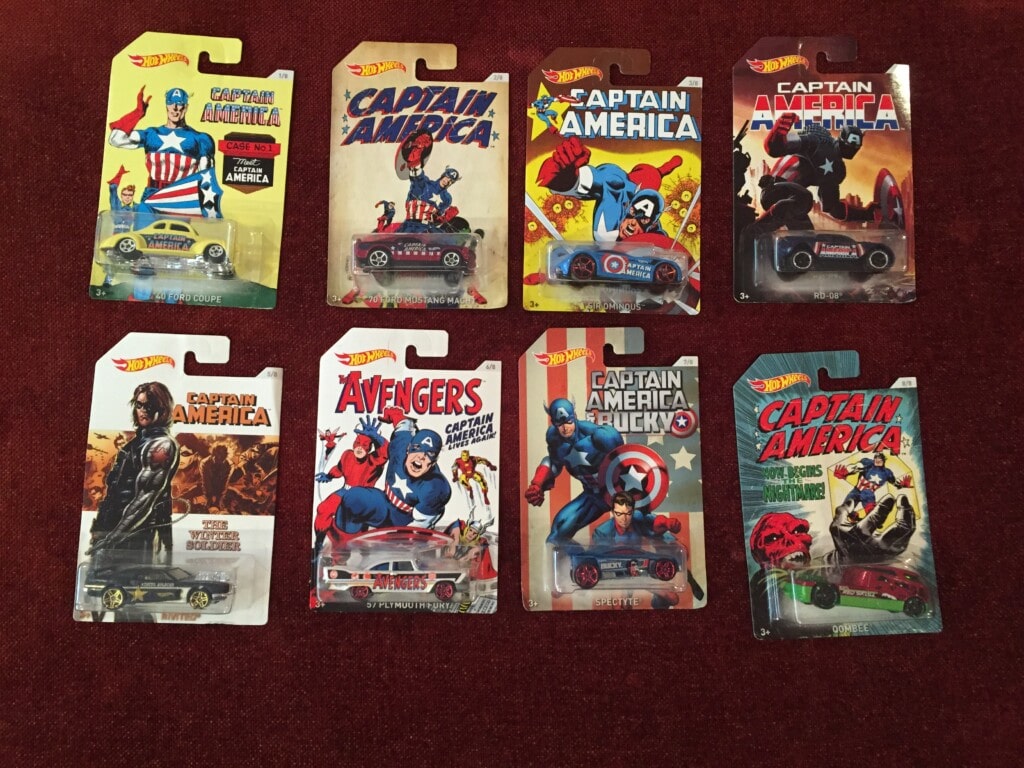 I absolutely LOVE this collection of 8 Captain America-themed Hot Wheels cars!!! Most of the artwork on the cars are from comic book covers, including some of my favorites! That 2nd one in the top row is a gorgeous Jim Steranko cover from Captain America #111, which I have a neat piece of artwork hanging on my wall! And that third one is by one of my favorite Cap artists Mike Zeck from the cover of Captain America #275!

I used to buy toys and keep them in their package for investment purposes. Not anymore. These days I rip open everything to let my kids play with. But I might make an exception with these just because they look so cool! 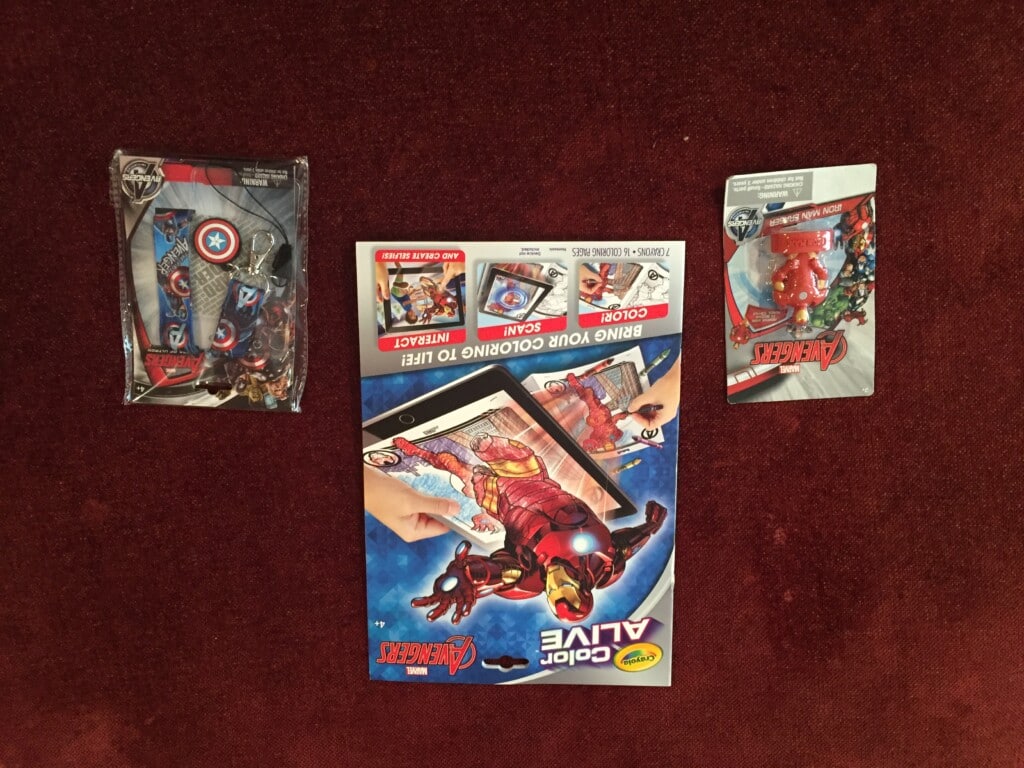 Here are a few fun items including an Iron Man answer (yep, to erase all of Tony’s mistakes), a Captain America Avengers lanyard and a Crayola Color Alive Avengers set. I’m real anxious to try that last one out. Apparently you color some cool Avengers artwork, scan it with your iPad and then can see your images brought to life! 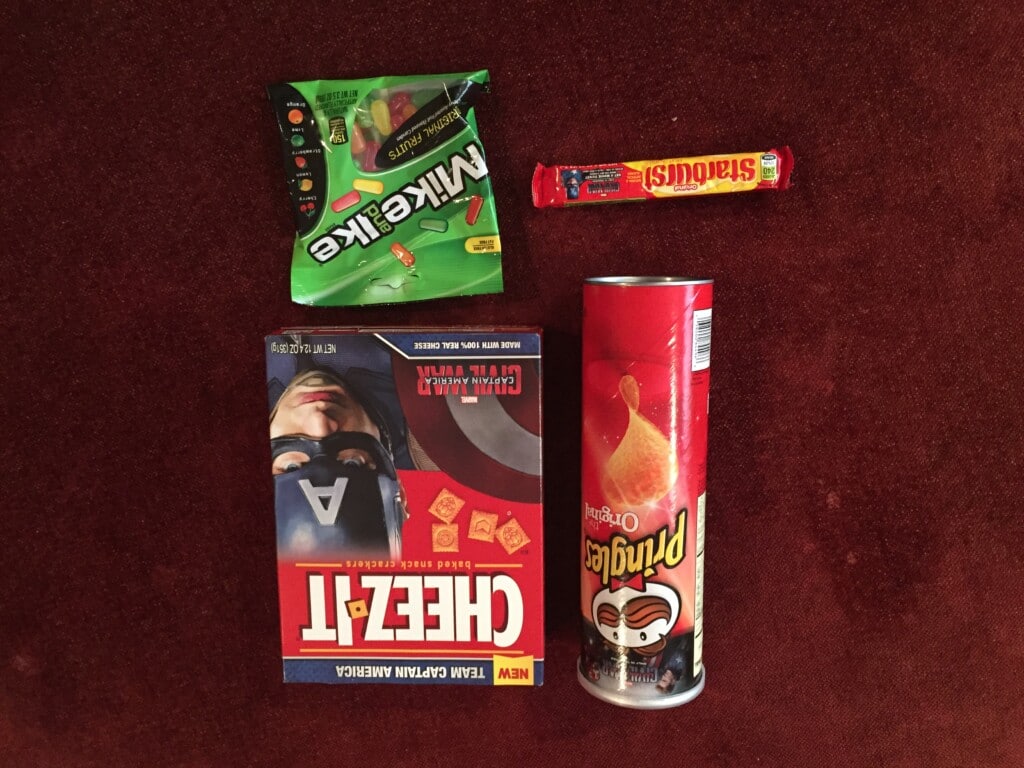 Apparently, Drew’s trying to get to my heart, since the fastest way is clearly with food! I’m loving (and devouring) all these Captain America Civil War themed goodies! I most definitely will be bringing some of these with me to the movies! (Shh… don’t tell the ushers, please.) 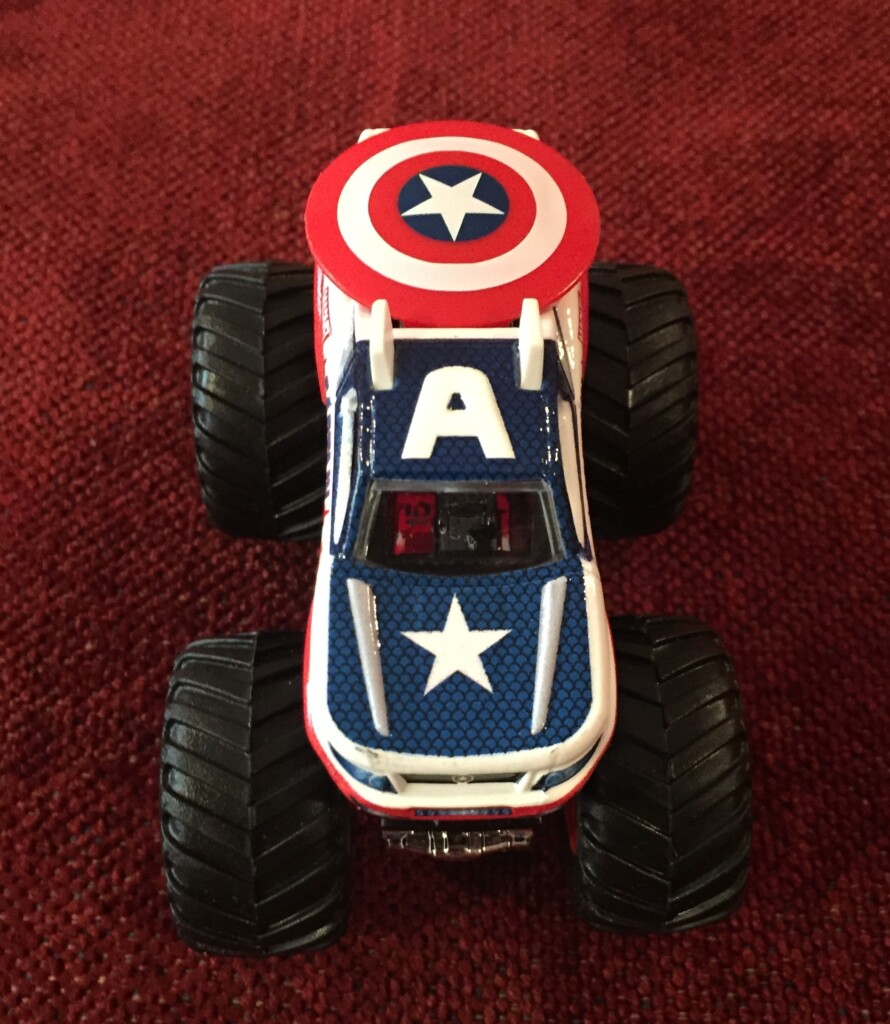 This here’s one sweet ride that I bet could roll right over the Batmobile any day of the week! 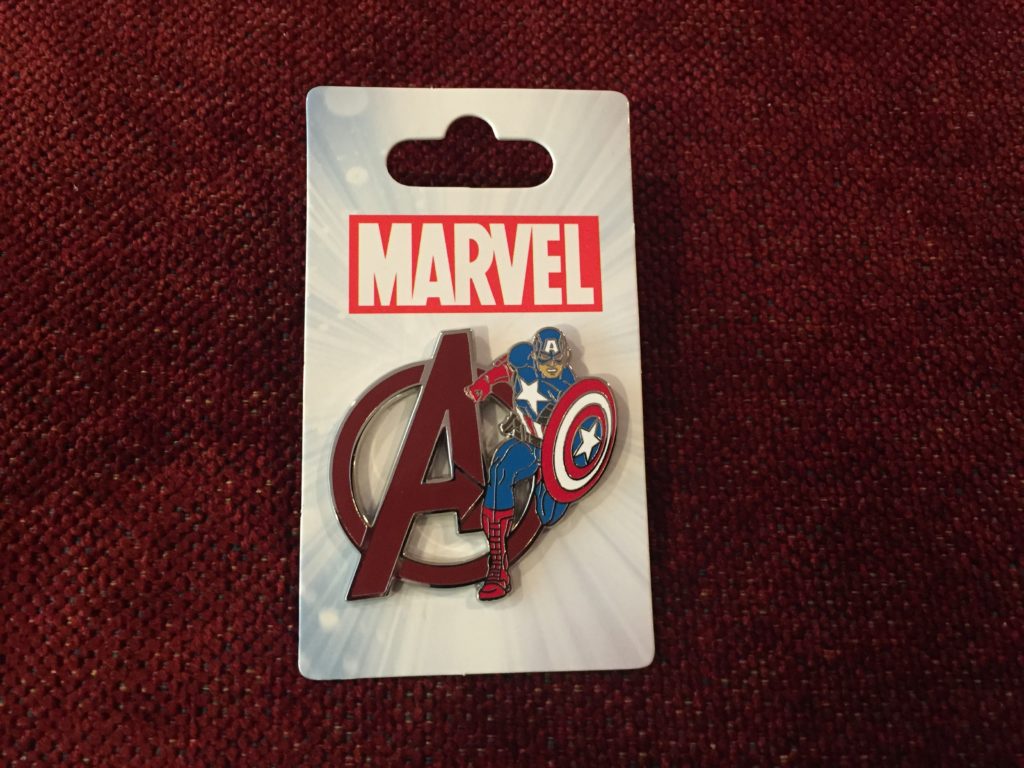 Real slick Captain America Avengers pin! I need to dig out my denim jacket from high school (Yes, I still have it somewhere!) and add this one on it! 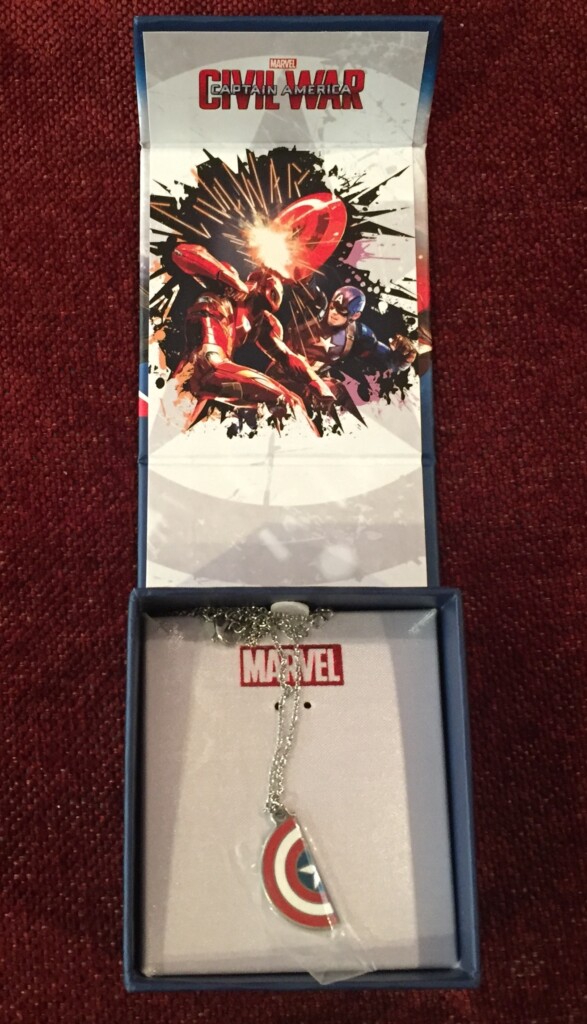 And finally the high point of an already amazing care package. A Captain America Civil War necklace. You’ll notice that it’s only half of a Captain America shield. That’s because the other half belongs to Shell-Head. Take a look at this Entertainment Earth exclusive: 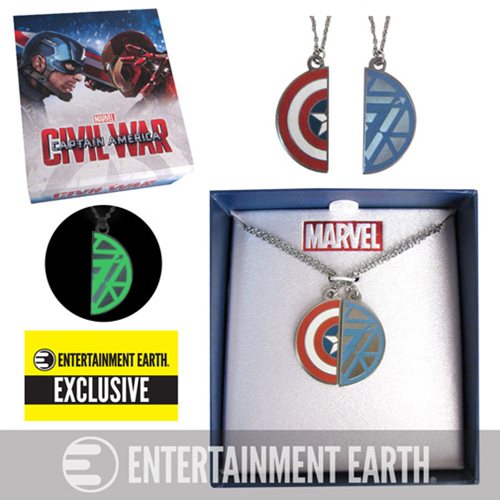 I’m fairly certain that Drew’s keeping the Iron Man half for himself and we will absolutely have to wear them next time we meet up, which will hopefully be on a Marvel trip for Disney Bloggers.

A big fat thank you to Drew. I really appreciate all the Cap love you sent over and it’s been a lot of fun duking it out over social media these past few months. Hopefully we’ll get to hang out together soon and maybe even catch Captain America: Civil War together. Heck, I may even get you to switch sides if I’m lucky. (Can’t blame a guy for trying!)