If you’ve followed my blog for awhile, you pretty much know that I love me some Legos. From Star Wars to Avengers to Back to the Future, it’s all just so incredibly… well… AWESOME!

When I heard they were making Guardians of the Galaxy Legos, my head nearly exploded. Don’t worry, it didn’t. My noggin’s still safe inside my funny-shaped skull.

So when Lego told me they were sending me a Guardians set, I cranked up the tunes and did my best Star-Lord strut! And then when the box arrived… I honestly think I SQUEED like a fangirl. Yep, they sent me the Lego Guardians of the Galaxy Knowhere Escape Mission set to review!

Even if you haven’t seen the movie yet (And if not, what is wrong with you?!?), you’ll absolutely love this set that’s fun to build and full of a slew of playability.

First off, even if it came with nothing but the figures, it’d be worth it. Yeah you get the sword-wielding, blue-skinned Nebula and the creepy-faced Sakaaran. But what’s really fantastically incredibly unbelievably awesome is the Lego minifig of Rocket Racoon!!! You even have to put his meganormous gun together! 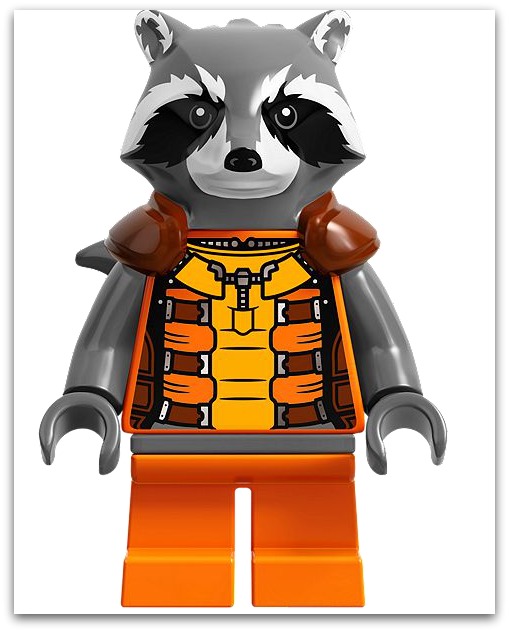 And while he’s not a minifig, you actually get to build the lovable and sensitive Groot! It takes like half the first instruction book to put this maxifig together but he’s beyond aweosme, right?

And you can easily recreate some of the coolest scenes from the movie with these two. 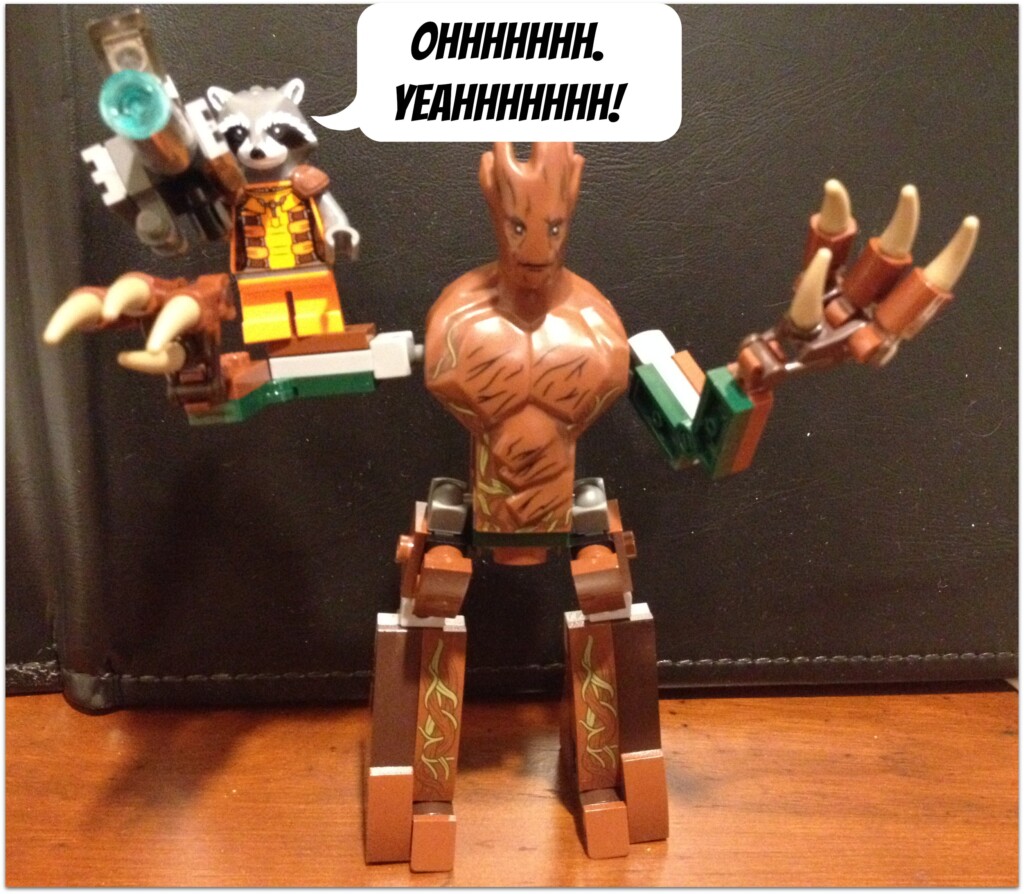 As for the playset itself, it’s a lot of fun too! There’s a small catapult to toss round yellow bricks at the bad guys, as well as a secret trap door to make them fall to their doom!

You just pull the little red knob and whoever’s unlucky enough to be standing on top, will plummet to the depths below! Oh dear! Poor, poor Nebula.

And for real fun, you can slam the Miner Pod right on top of the saucer dish to make the entire tower fall.

Seriously, this set is worth the price just to get Rocket and Groot! But the playset itself is pretty fun and I love all the little traps and weapons tied into it. I definitely had… I mean my kids definitely had hours of fun playing with it. Now I need to get my hands on Star-Lord and the rest of the gang.

Buy Lego Guardians of the Galaxy

12 thoughts on “Yes I’m Playing With Guardians of the Galaxy Legos, Thank You Very Much”