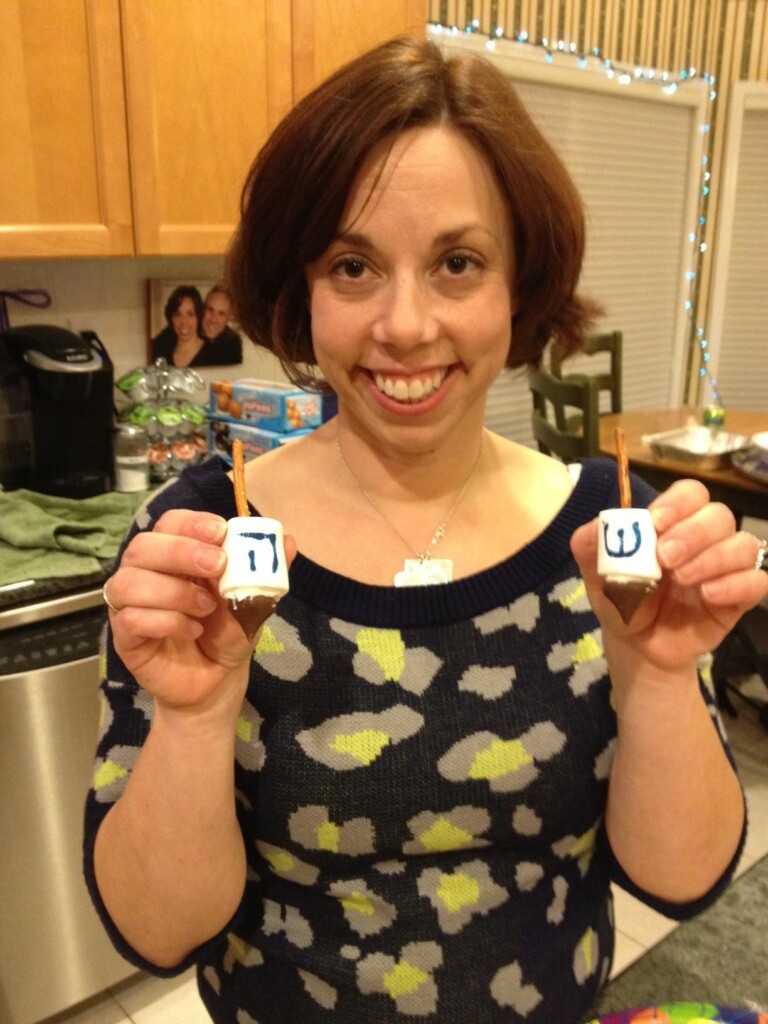 This weekend we had our annual family Hanukkah party at our house. And yes, I’m still ridiculously full. Latkes were eaten. Candles were lit. Prayers were sung. And a good time was had by all.

Every year Allie outdoes herself with some crazy new desserts. This year she decided to have all the kids make their own edible dreidels! They were super easy to make too, so I thought I’d share: 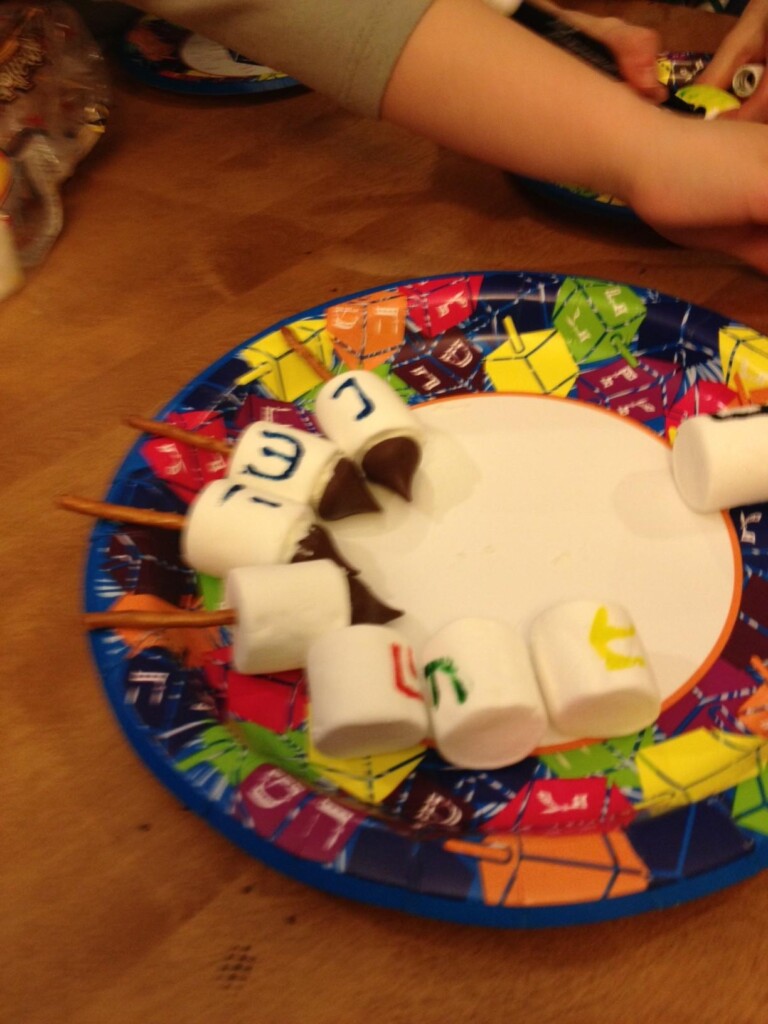 Here’s Ryan and his cousins Amanda and Ava getting in on the action: 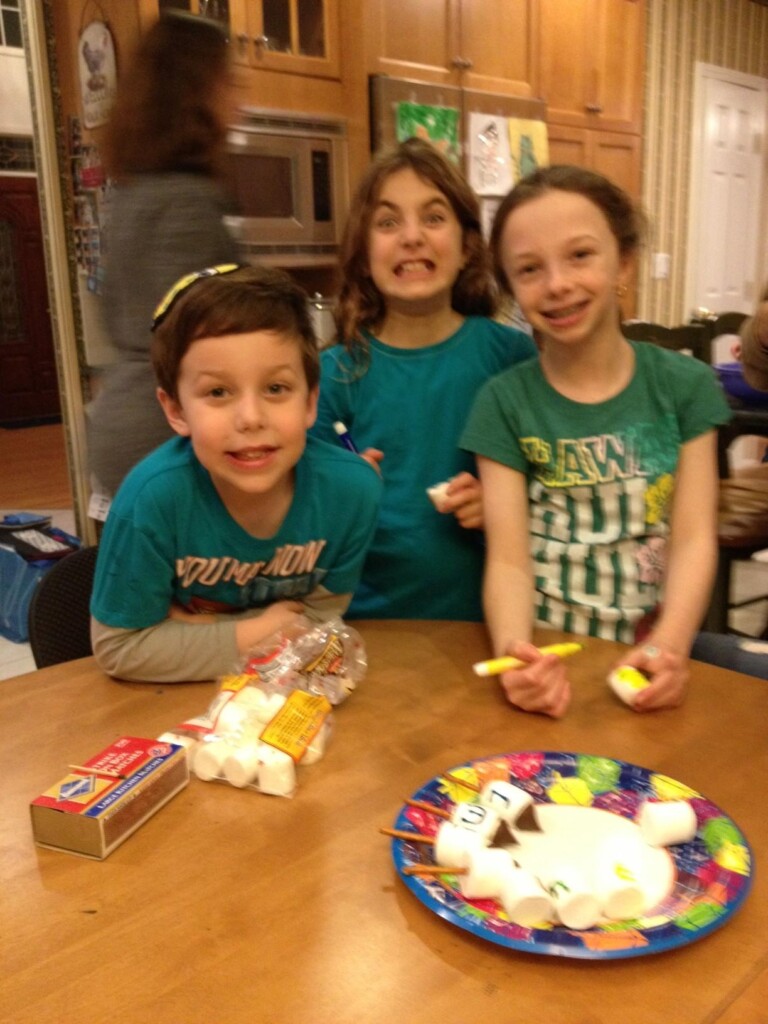 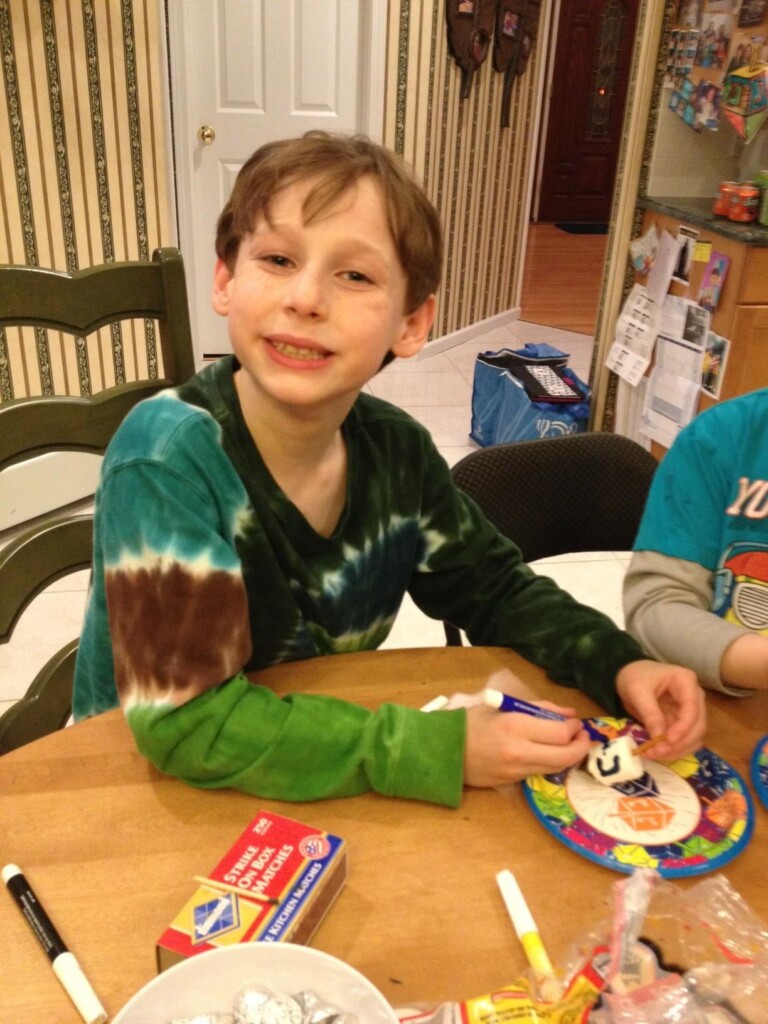 I think Jason’s blood is made up of platelets, white blood cells, and marshmallows. Yeah, he just loves ’em! Do you think he ate his marshmallow dreidel? Can you tell what color marker he used? 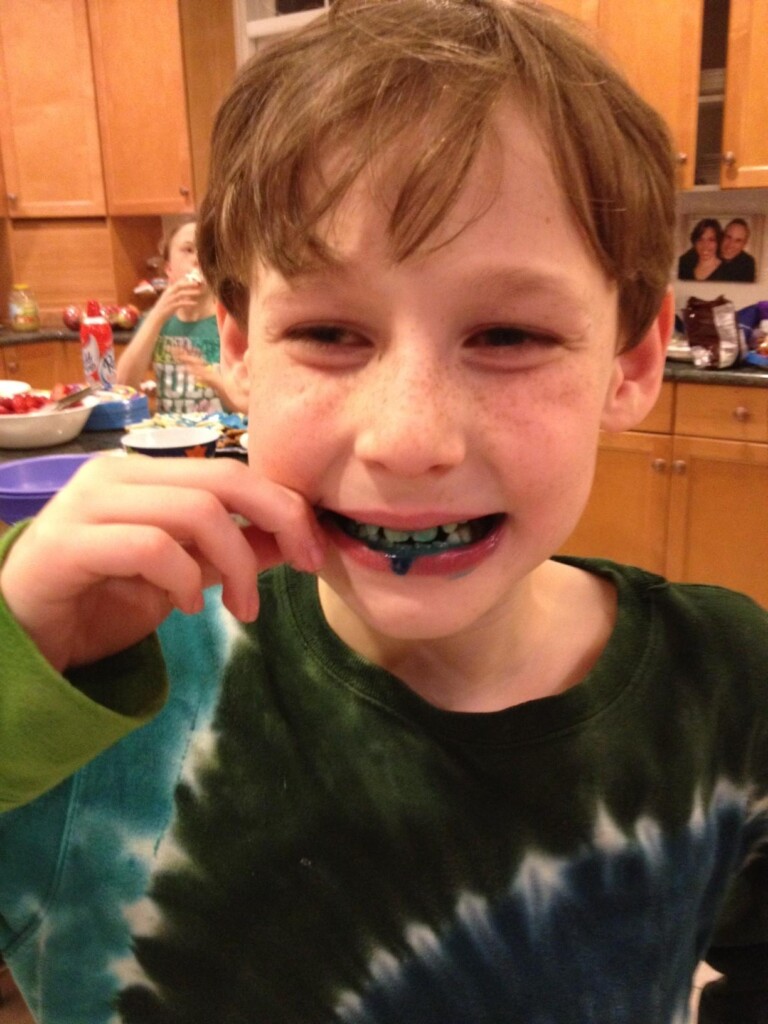 Besides marshmallow dreidels, Allie put out an insane amount of desserts. (Oh, and her chicken piccata for dinner was sooooooo good. I may have to blog about that separately.)

Besides brownies, pop ’ems, donuts, fruit, chocolate gelt, and chocolate chip cookies, she also made these scrumptious Hanukkah sugar cookies! These are the ones the kids and I helped make the other night. 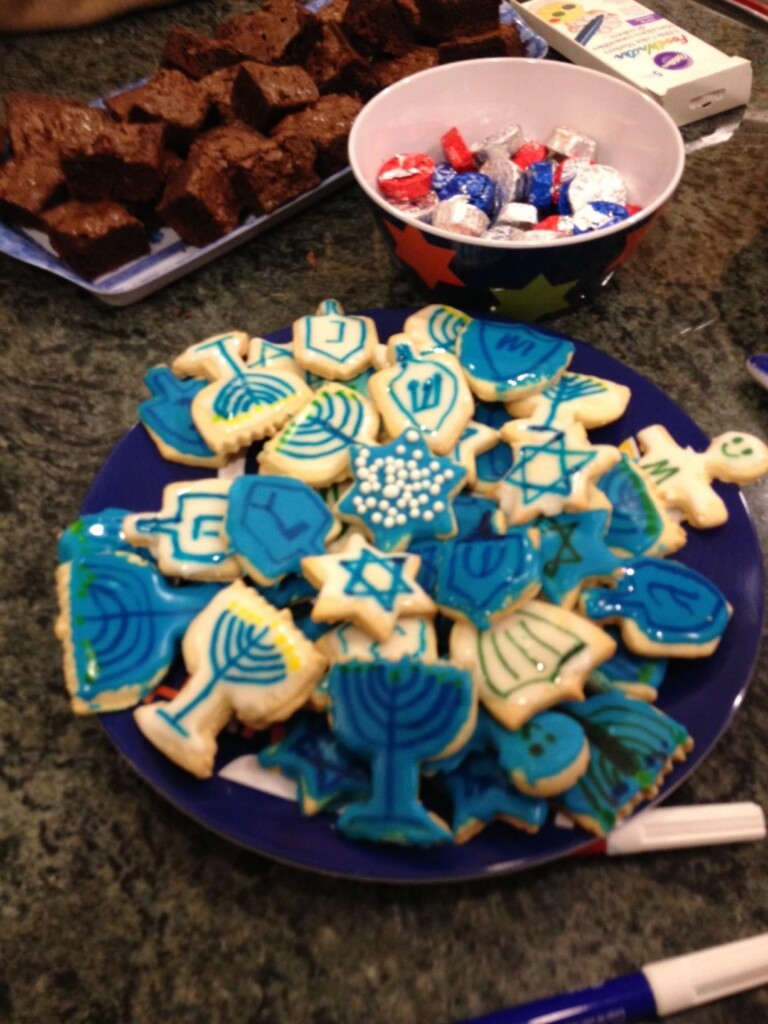 After dessert, we all gathered around the menorah that Jason made in Hebrew School this year. It was Ryan’s turn to light the candles, and he was super excited to do so in front of everyone. We all joined in singing the prayers together as Ryan played with fire. 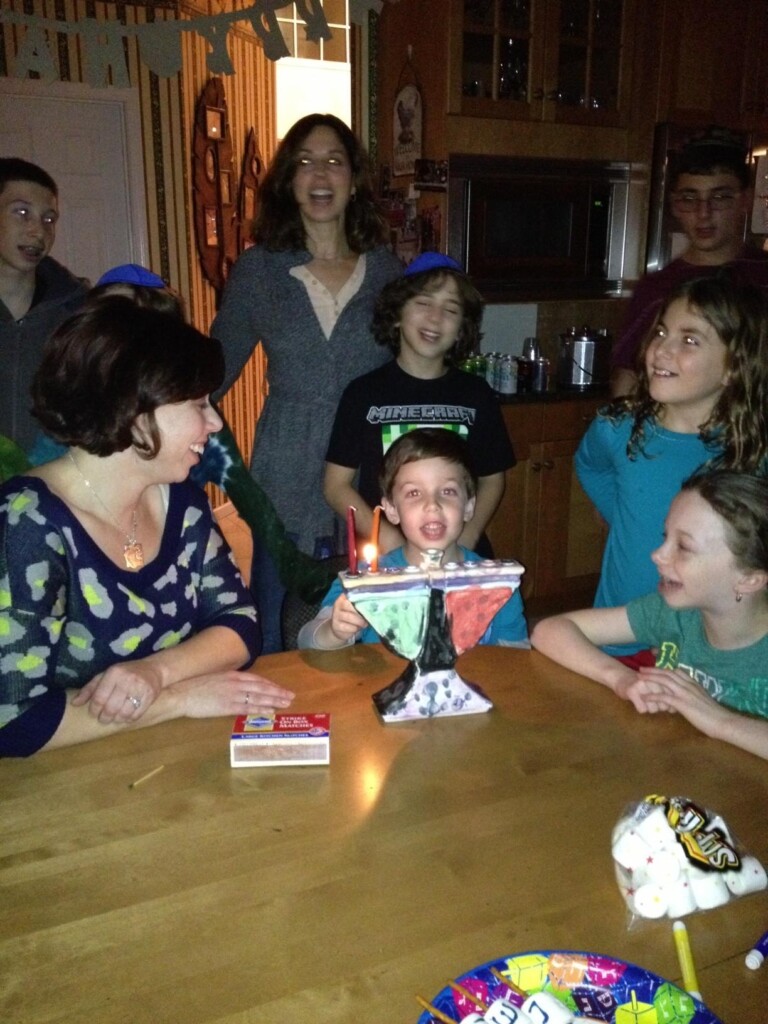 Next up, it was present time! Normally we just dole out gifts to everyone at once in a mad frenzy of screams, shrieks and wrapping paper flying everywhere. This year, we took a civilized approach and called the kids into the kitchen one by one. 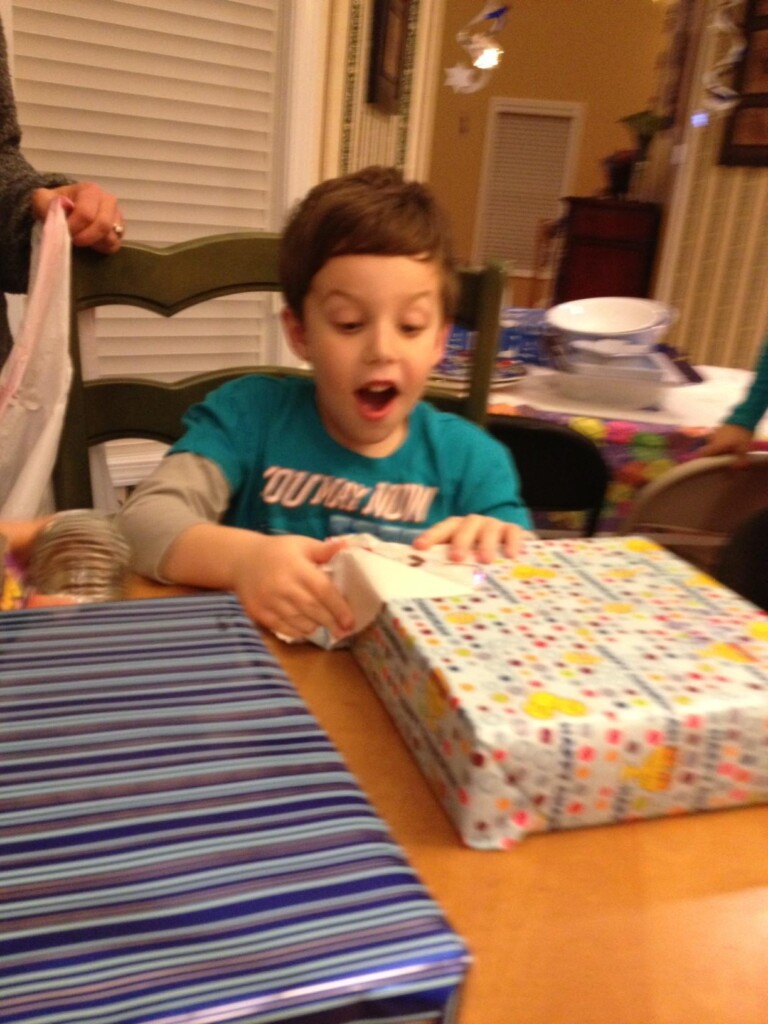 Is it? Could it be? Why, yes, it IS a Diary of a Wimpy Kid board game! 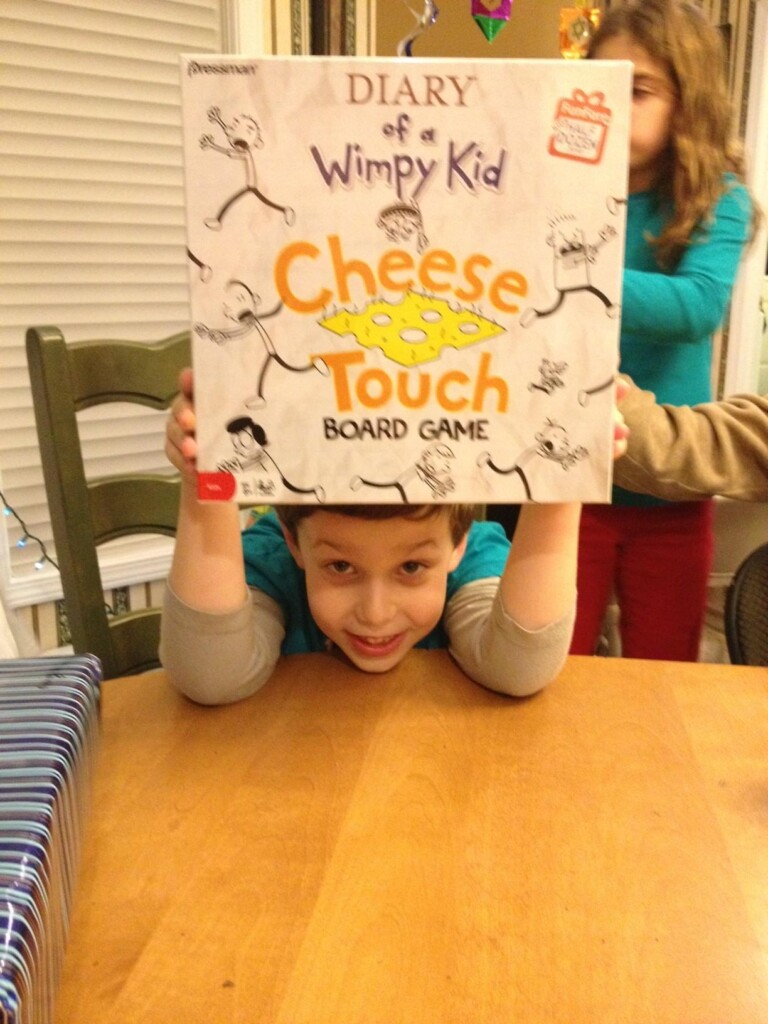 And here’s Jason with his gift. Something I’ve always wanted since I was a kid… Electronic Battleship! Ohhhh, yeah! 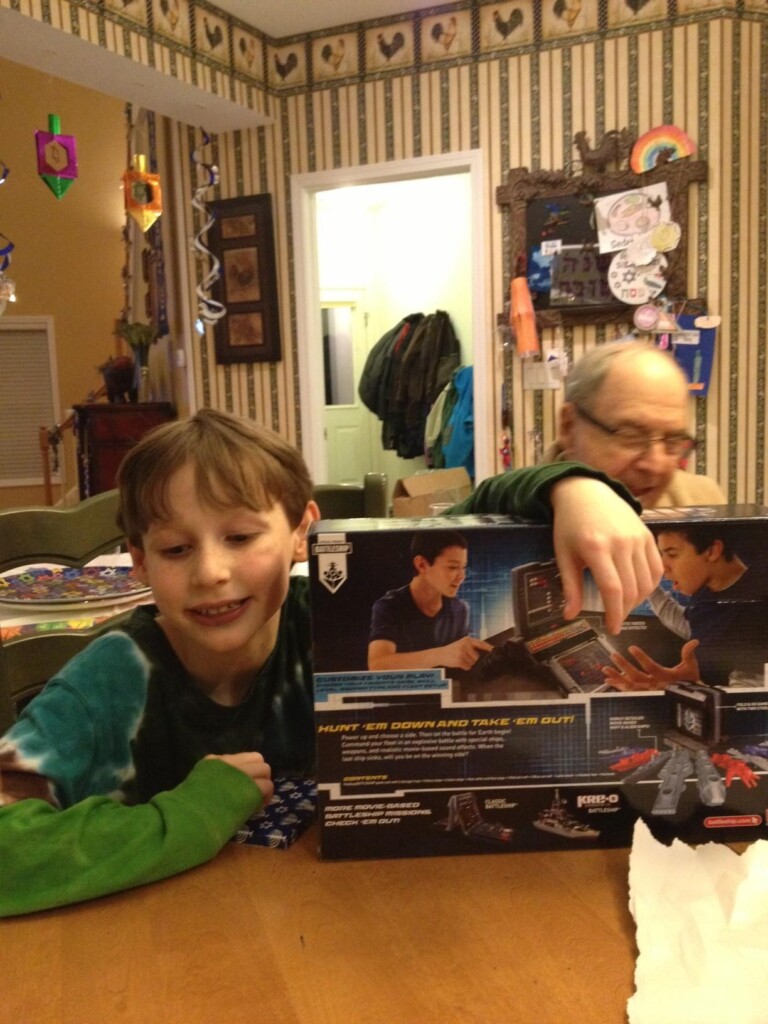 And that’s just a small taste of our annual family Haunkkah party. There was also much football watching (sadly, the Steelers blew it), and way too many snacks ingested. Thanks for joining me, and hope your holiday is just as bright!

4 thoughts on “How to Make a Marshmallow Dreidel”