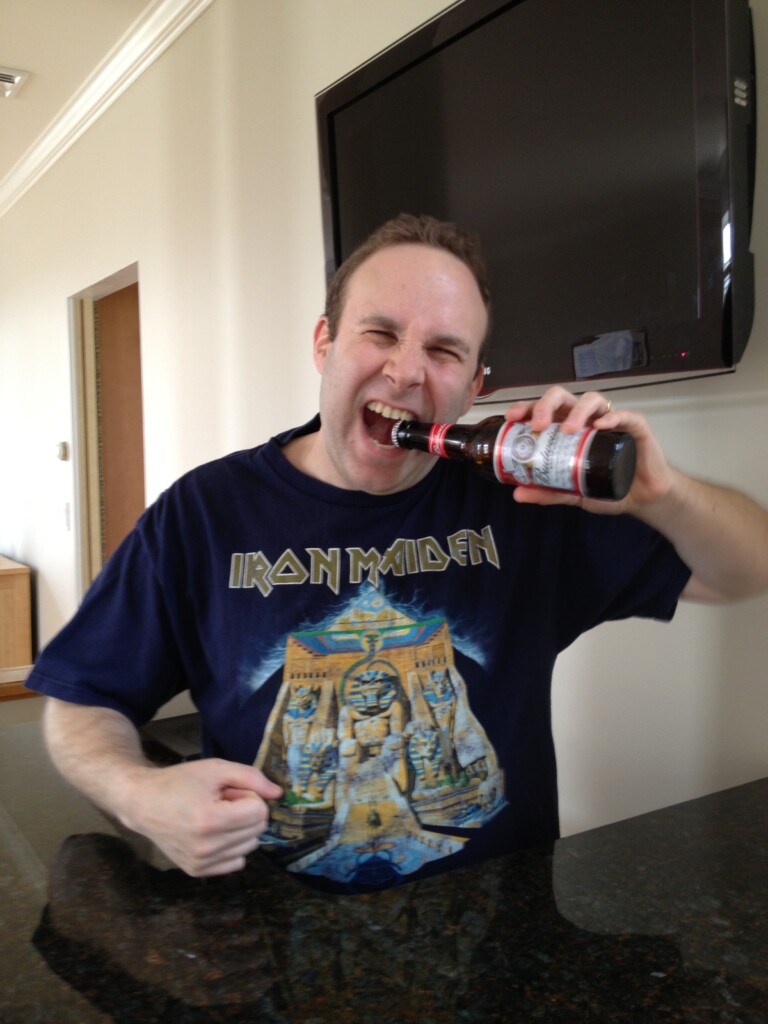 I’ve been an Iron Maiden fan ever since high school. Seventh Son of a Seventh Son had just come out and the album cover totally caught my eye. I picked it up and was sucked right in.

I quickly went out and bought up the previous few albums: Somewhere in Time, Piece of Mind and Number of the Beast for starters. I can’t tell you how many lawns I mowed in the ’80s, while listening to Bruce Dickinson belt out (i.e. scream) some “killer” lyrics while Adrian Smith, Steve Harris, Dave Murray and Nicko McBrain rocked my music world. Yes, they were loud, but they had some fantastic guitar riffs, a black sense of humor, and a British background.

I still love the band, even though I’m not too fond of the musical direction their last few albums have gone in. And yes, for you folks laughing, they’re still putting out albums. No, they’re not all in wheelchairs, wearing Depends undergarments. And yes, they can still put on sold-out show after sold-out show.

Anyways, the next best thing to Iron Maiden is sushi. But next to that, I’d say it’s beer. Mmmm… beer. (Cue Homer Simpson drool.)

And not content to just ruin our eardrums with their awesome music, Iron Maiden now has its sites set on ruining our livers. That’s right… prepare yourself for the launch of Iron Maiden beer! 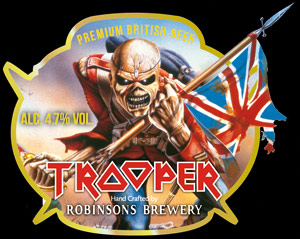 According to a recent press release, Iron Maiden is teaming up with Robinsons Brewery to bring lucky stiffs overseas Trooper Ale starting this May. It supposedly will be available online as well, and I’m praying enough Maidenheads over here in the U.S. can create enough of a stir to bring it into the states.

Here’s a good overview of the new partnership from Iron Maiden’s own Bruce Dickson:

If Iron Maiden or Robinsons are looking for some U.S. bloggers to offer up some reviews and taste tests of Trooper, I wholeheartedly volunteer myself! Heck, I just want one of those awesome looking Trooper tap handles for my collection! Feel free to contact me through my contact form, Bruce. Much obliged!

Up the Irons! Down the Hatch!