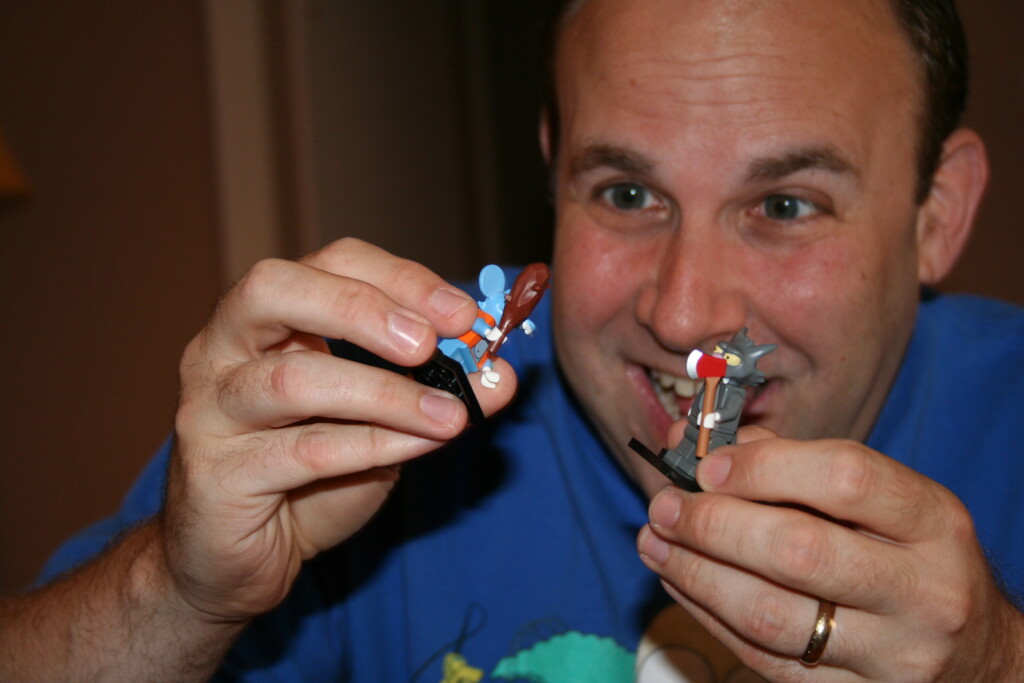 Legos are always going to be top notch when it comes to quality and detail in construction toys, and the new Lego Simpsons line is no exception. While I’m still waiting for the Lego Fairy to deliver me a Simpsons House, I did manage to get my hands on a handful of the blind-packaged Simpsons minifigs! 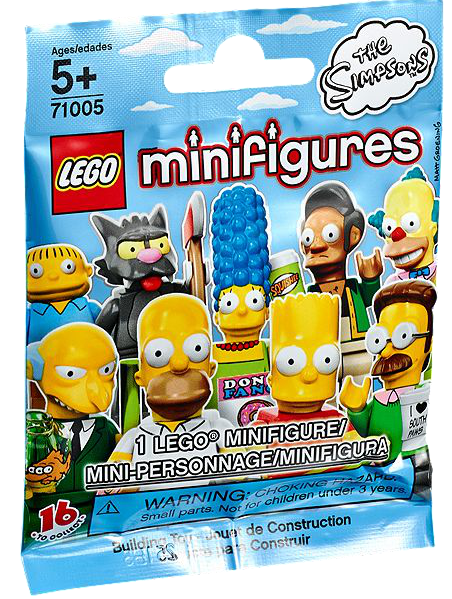 For just a few bucks (roughly $3.99 a bag), you can get your grubby paws on a bag. Now, there are 16 figures in total, at least in this first wave. I really hope they make a few dozen waves to cover every possible character from the show.

Surprisingly I’ve only gotten about two doubles so far, which I don’t even mind, because I can give those figures to the kids. Yes, I’m selfish. These minifigs are for ME, not my kids.

Ryan helped me take photos of all my figures so far, so you can get a real up close and personal look at these mini works of entertaining art!

I was super excited that I scored all 5 Simpsons Family members, plus Grandpa Simpson! That’s the whole clan! At least what’s available now. (Hopefully they’ll offer Patty and Selma and long-lost brother Herb in future sets!) 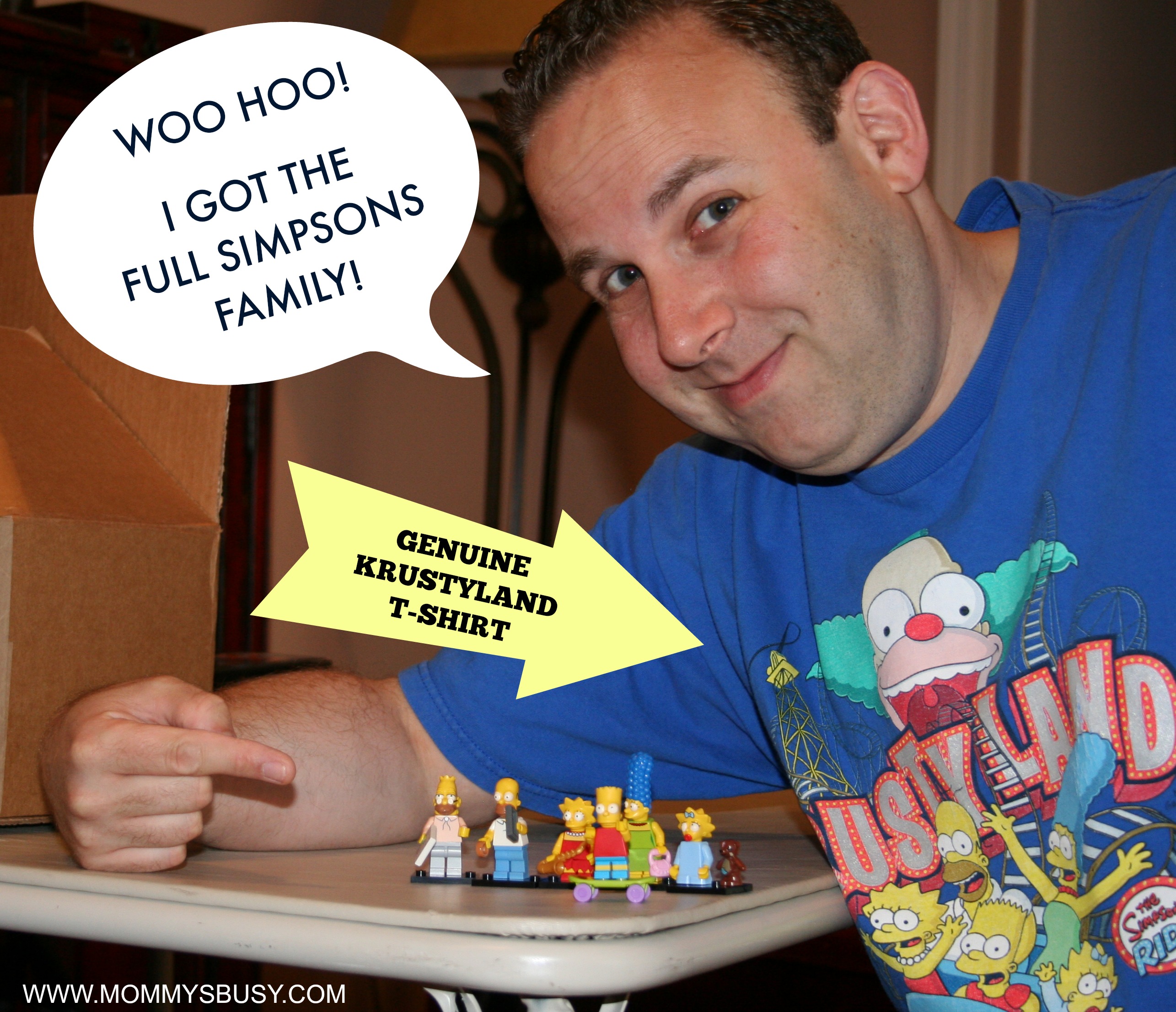 Take a closer look at American’s Finest Four-Fingered (though not in Lego form) Family: 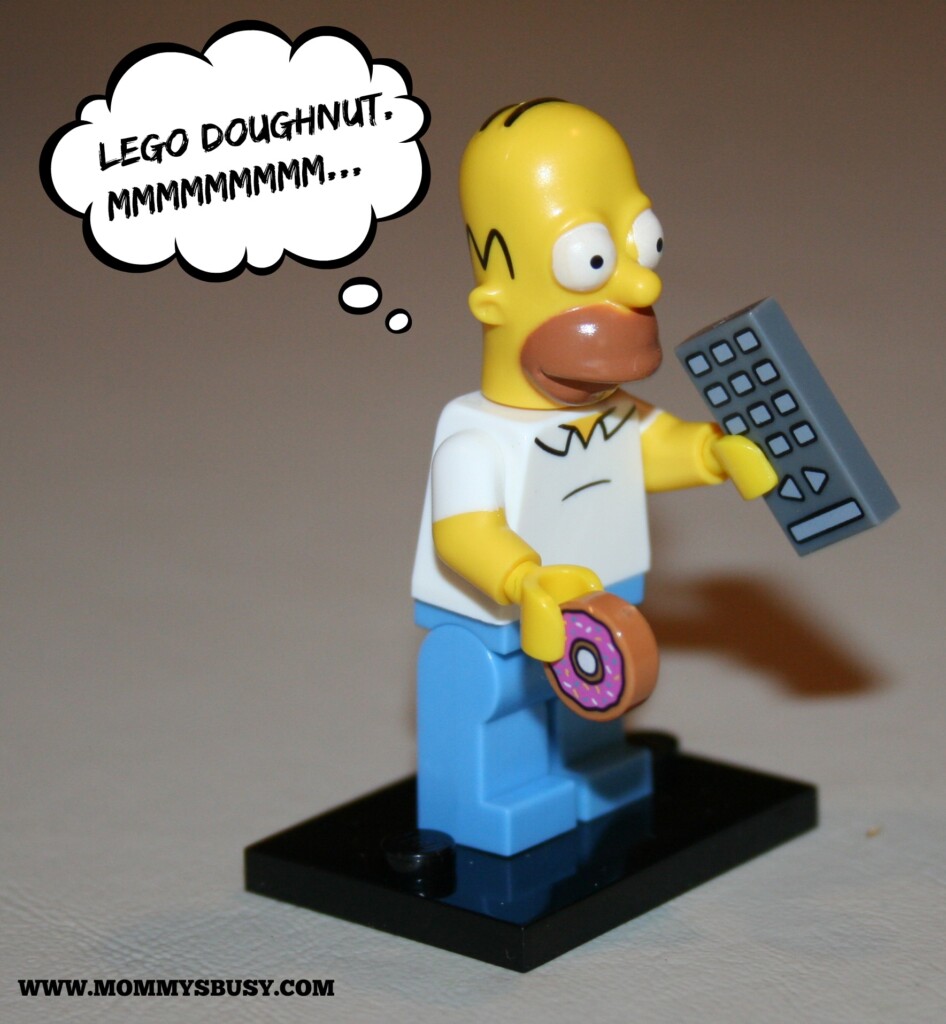 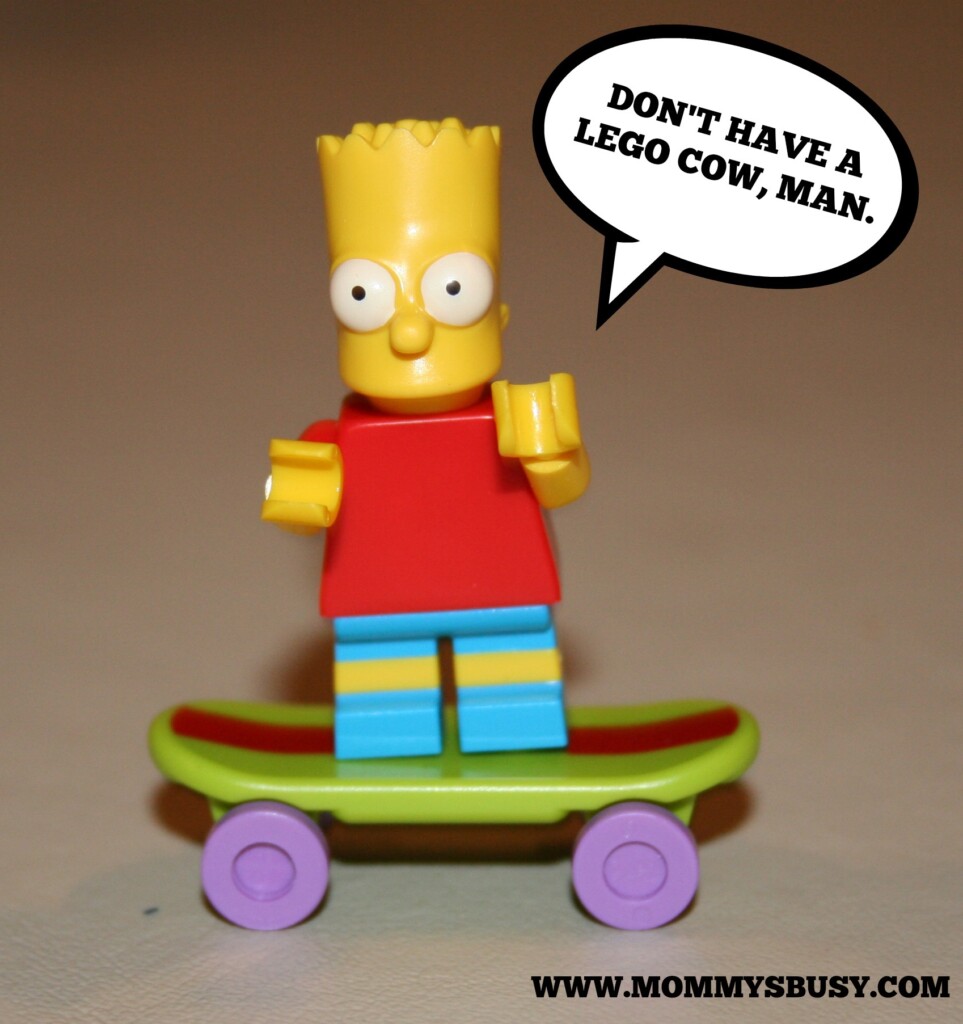 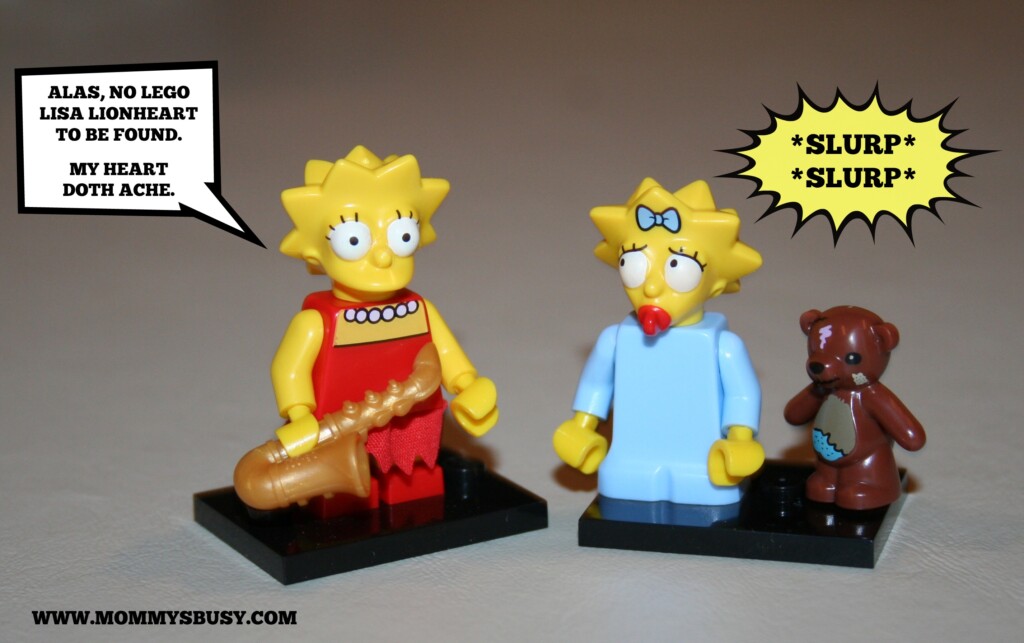 Outside the Lego Simpson Family, I got a few of my other favorite characters. Who doesn’t love Apu (Thankyoucomeagainnnn!) and of course the ever-vigilant Chief Wiggum? Take ’em away, boys! 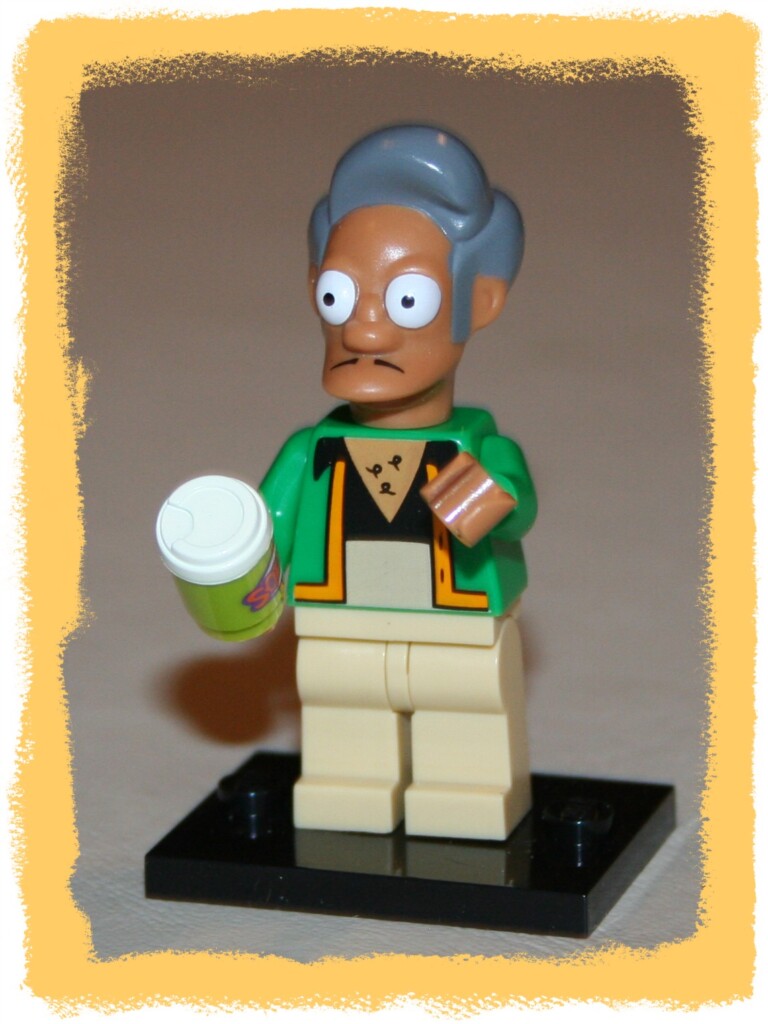 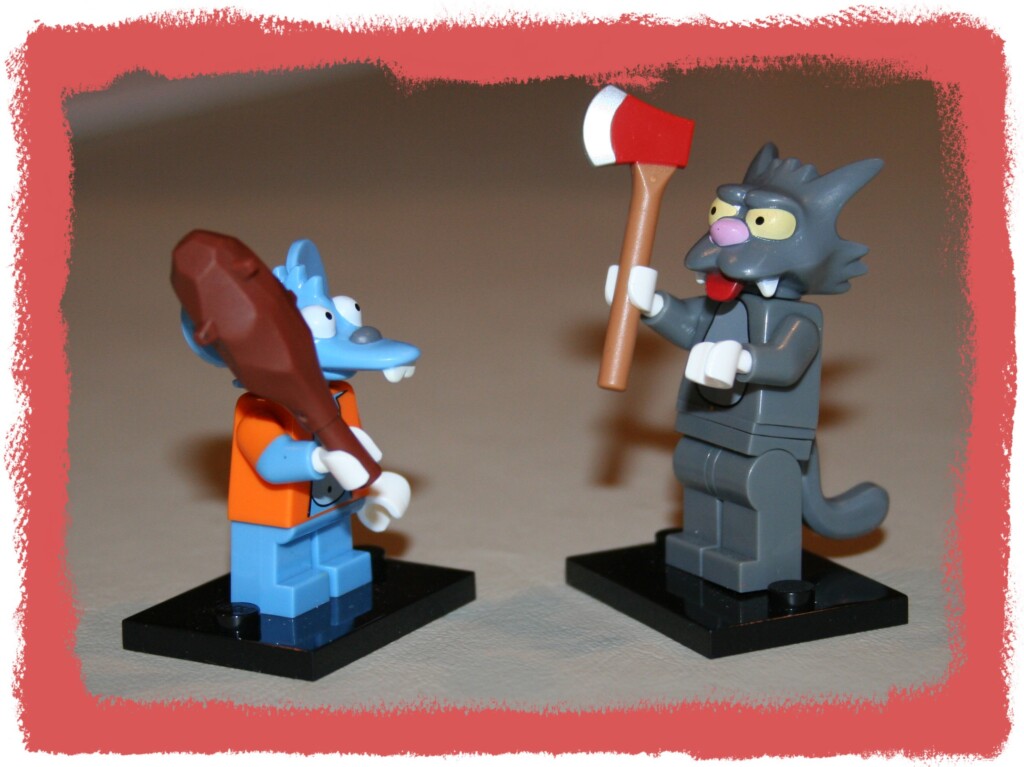 Currently these little buggers are all sitting on my desk at home, keeping me company while I blog away for all you guys. At night, however, I have a feeling they get out and have some fun. Don’t believe me? I set up a security cam the other night and snapped these crazy photos!

Does Maggie have a clone?!? 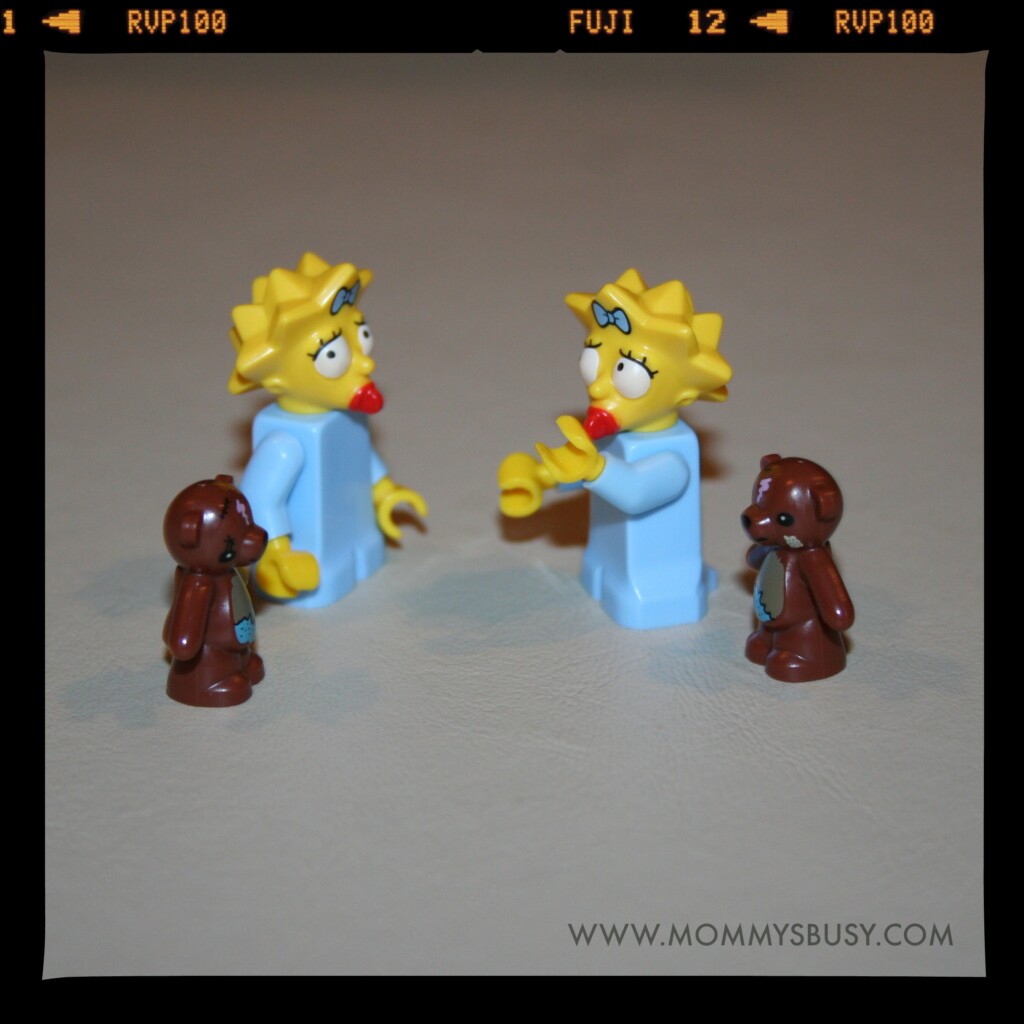 Is this why Itchy’s always winning? 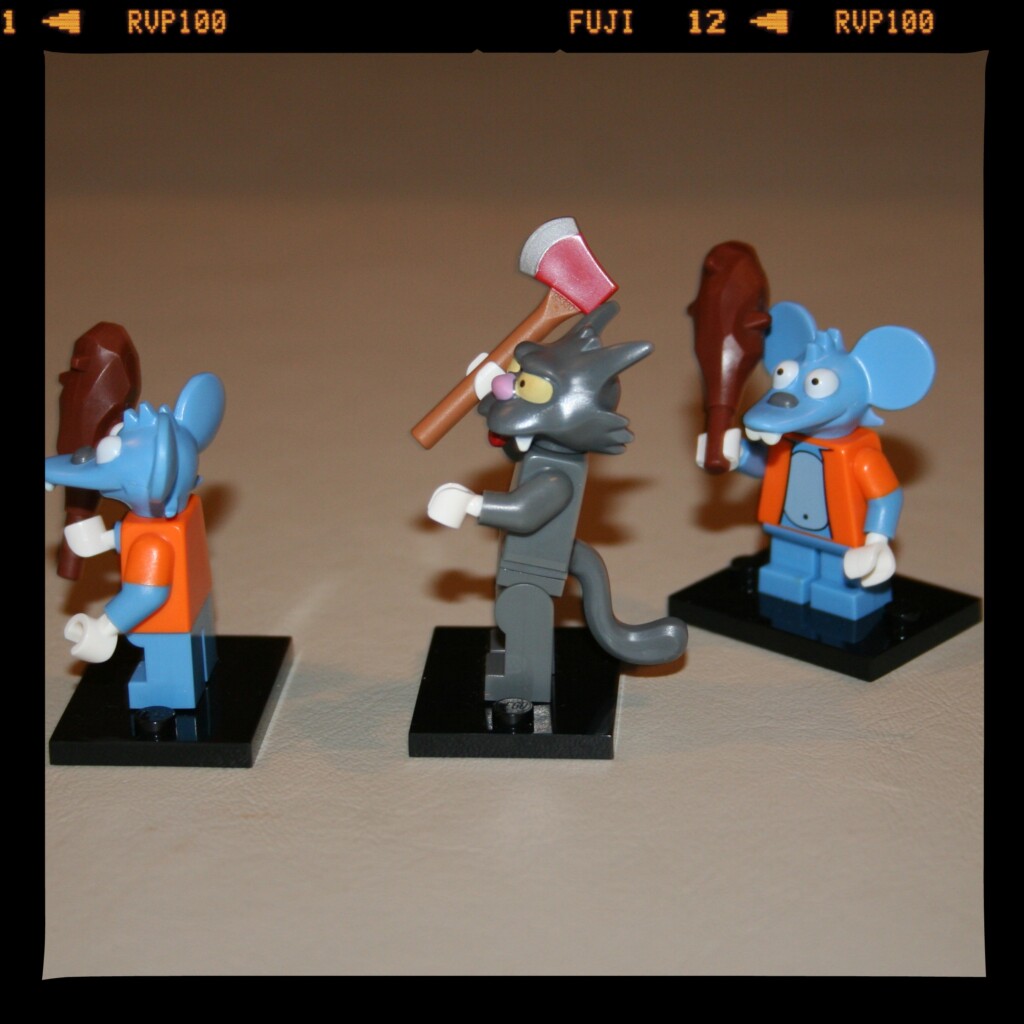 Is the world ready for a ‘Bart to the Future’ film? 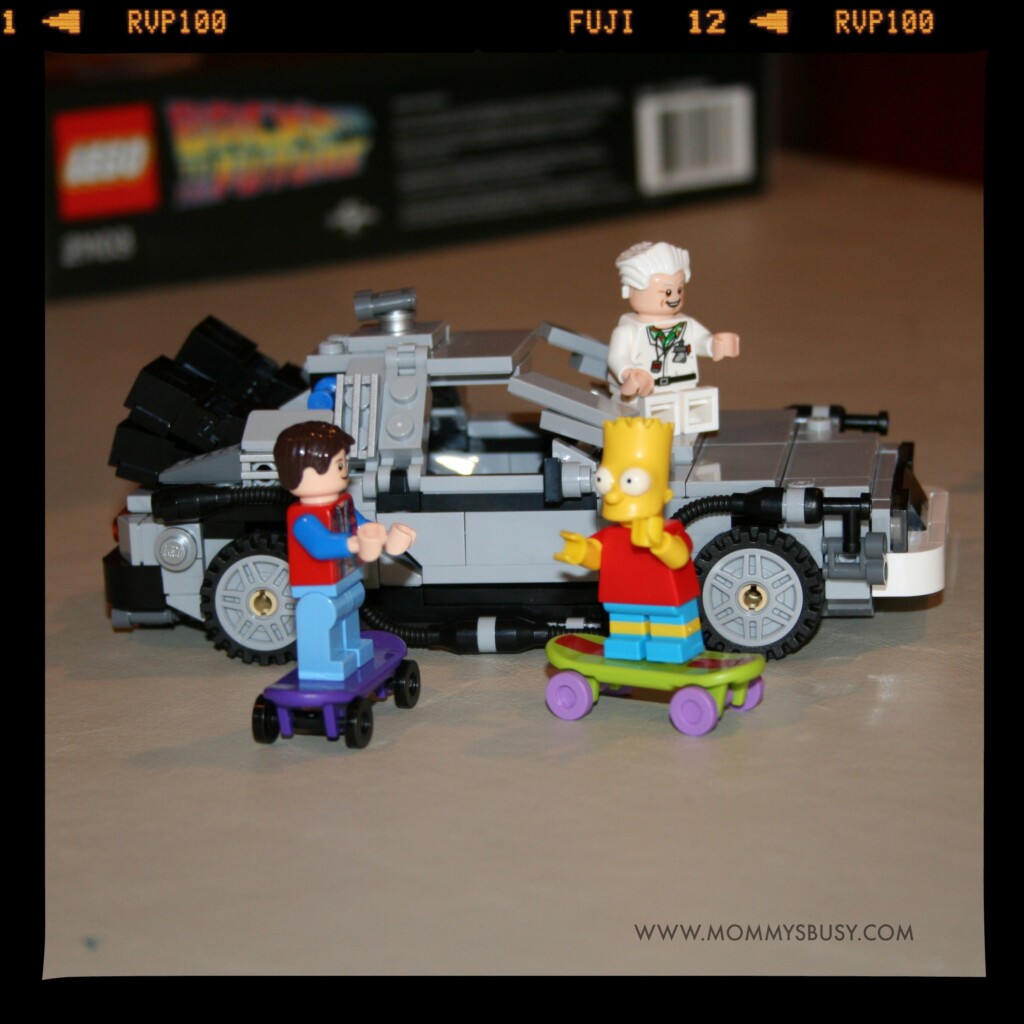 Head to your local Lego Store or Toy Store to pick up these super awesometastic Lego Simpsons Minifigs! Here’s a look at the full roster from Series 1! 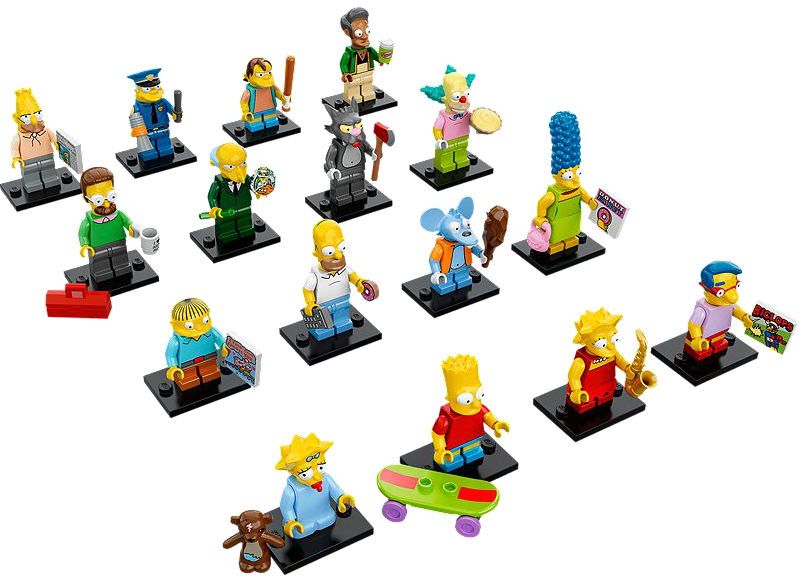 Buy the Simpsons online at the Lego Shop

3 thoughts on “I’m Building My Own Lego Simpsons Army”