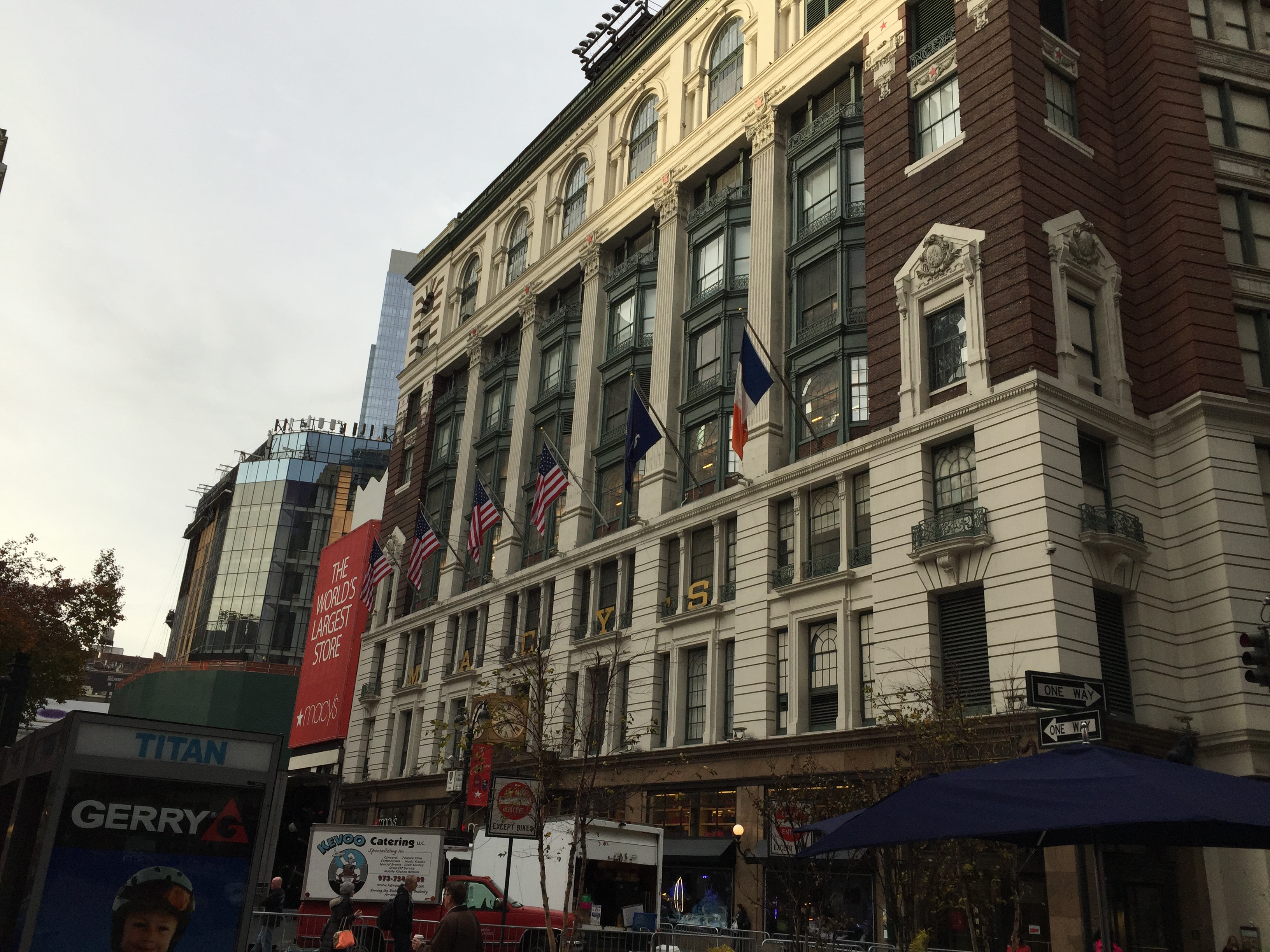 I work in Manhattan right near Herald Square. So last year, it was a real treat to see the Macy’s Christmas Windows. There’s still something pretty darn magical about them.

The day they were pulling down the curtains on the windows (at a big 5 pm event, no less), they set things up nicely for us New Yorkers. Sure it was about 45 degrees outside, but that didn’t matter. All day, Macy’s did its best to keep everyone happy and entertained. 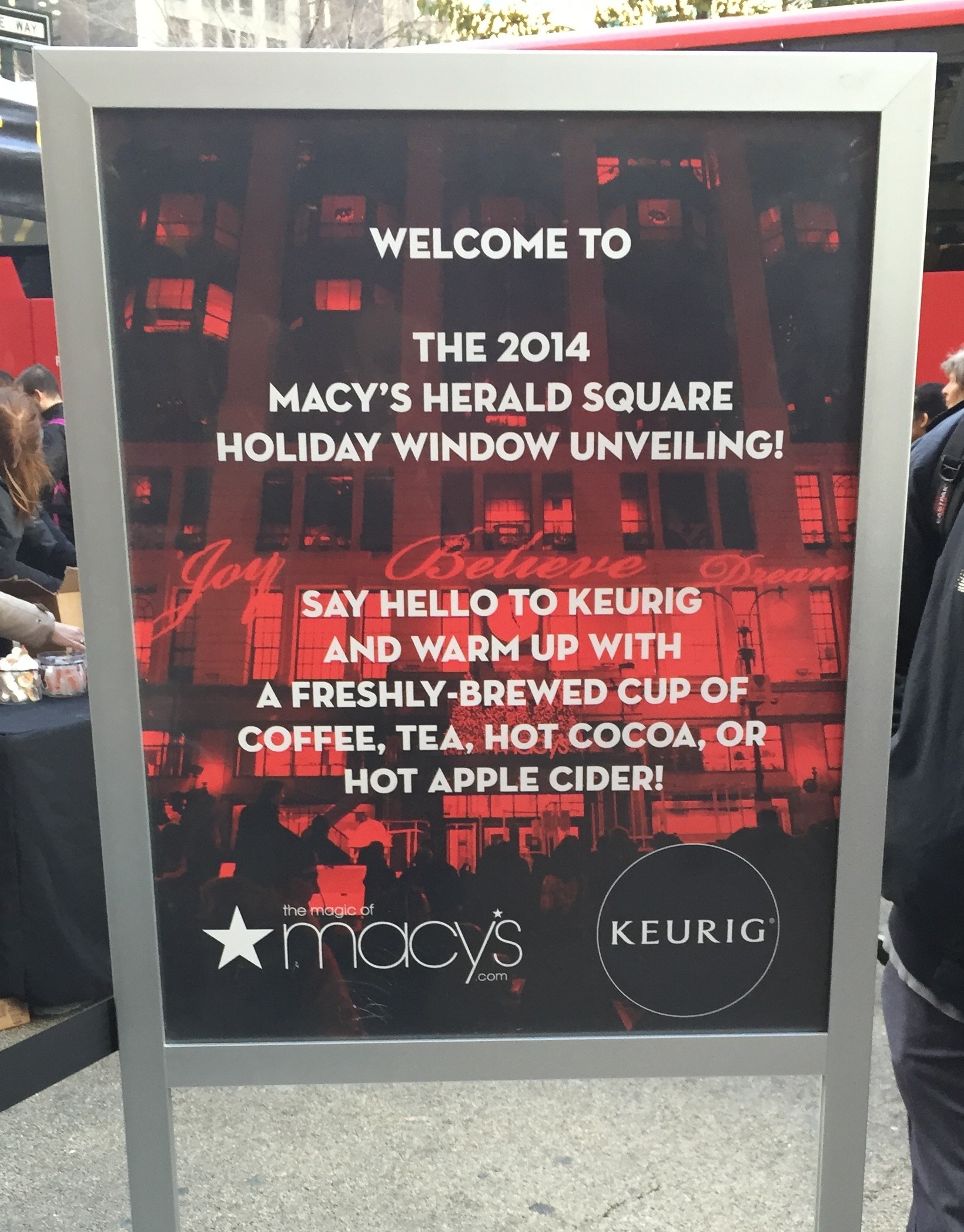 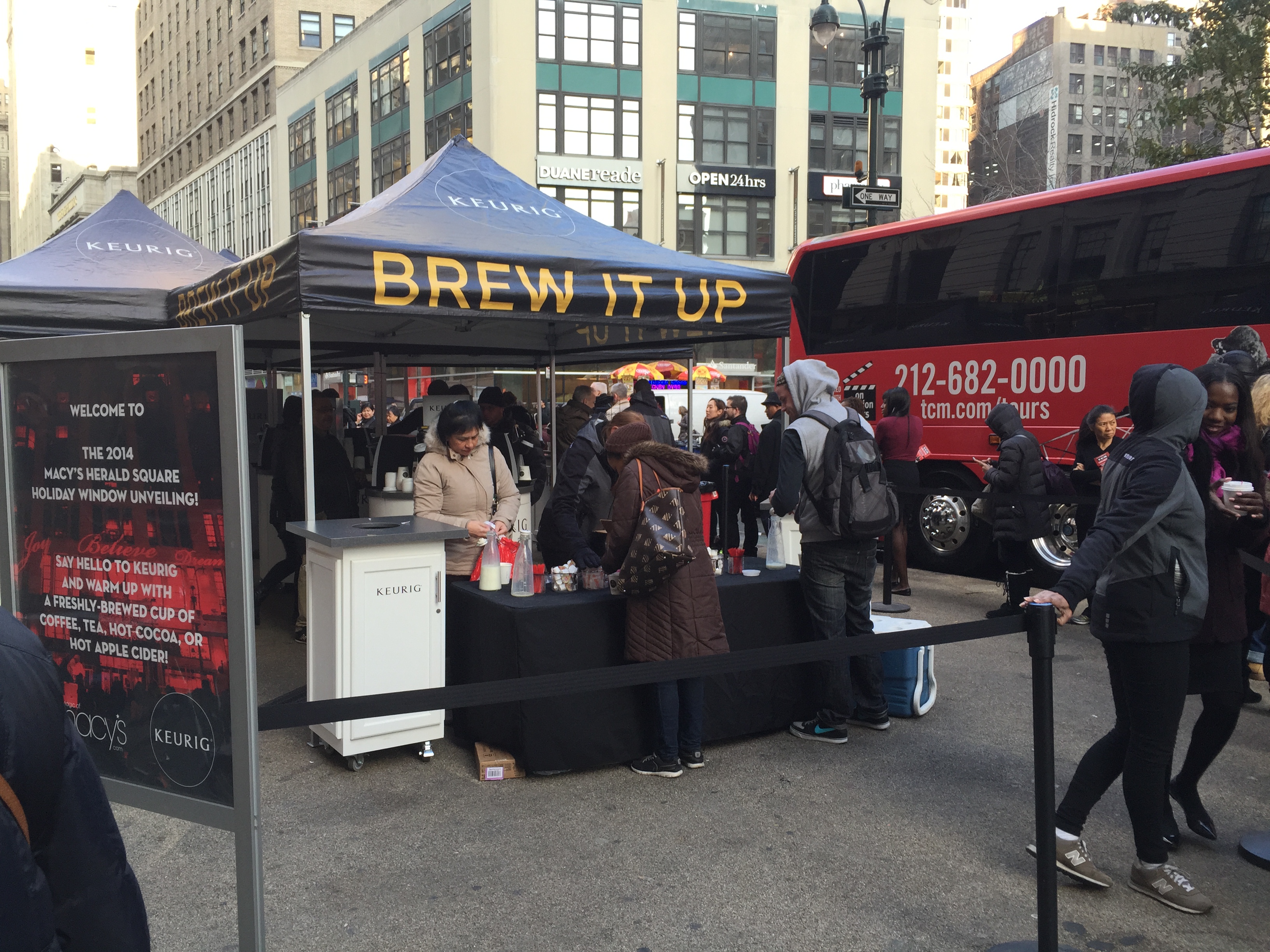 There was a huge tent with Keurig coffee (and a super long line) to try out dozens of flavors. But what really blew me away was that Herald Square, right there in between 34th and 35th Street, was transformed into an outdoor movie theater. Loads of tables and chairs were set up, along with a slew of comfy couches. And one big honkin’ TV was set up in front showing (what else?) but Miracle on 34th Street. 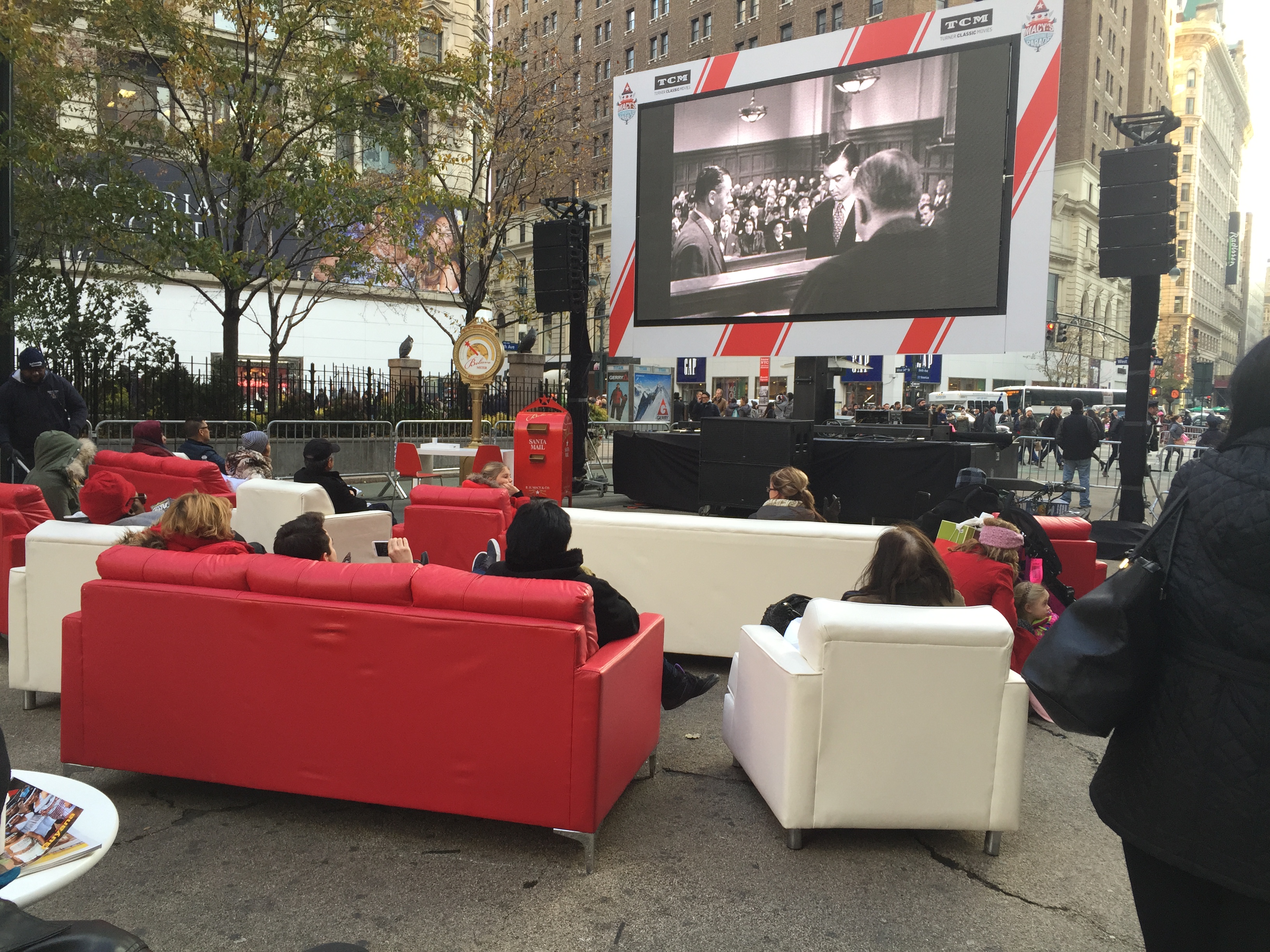 Yeah, Macy’s definitely knows how to throw a kick-off party.

I didn’t stick around to watch the unveiling at 5, but I did stop by the windows the next day. And this year’s theme revolved around the Final Frontier. Yes, kids, we’re talking about Santa in Space!

Each window depicted a Christmas scene on a different planet, ending with good old Earth! 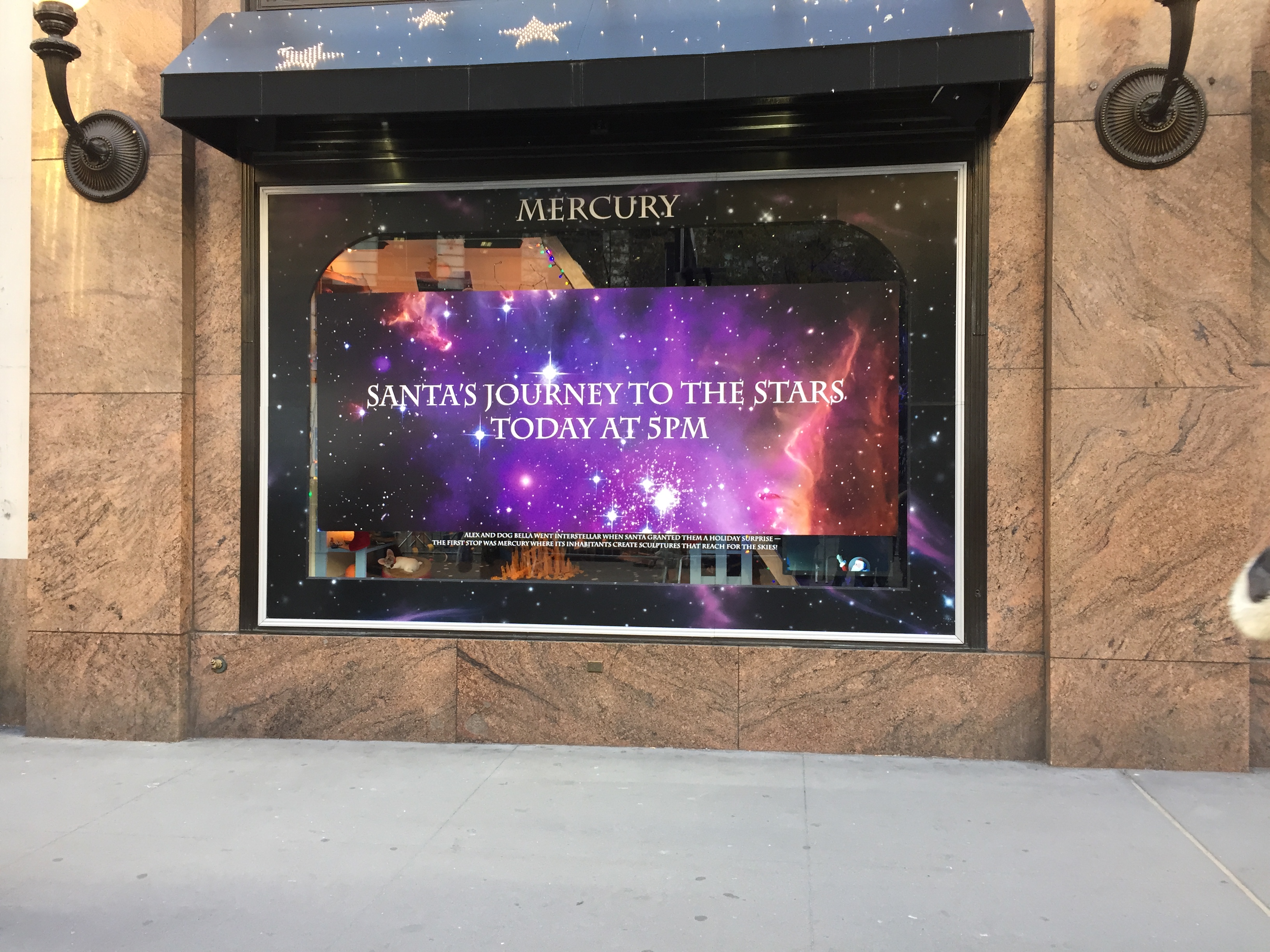 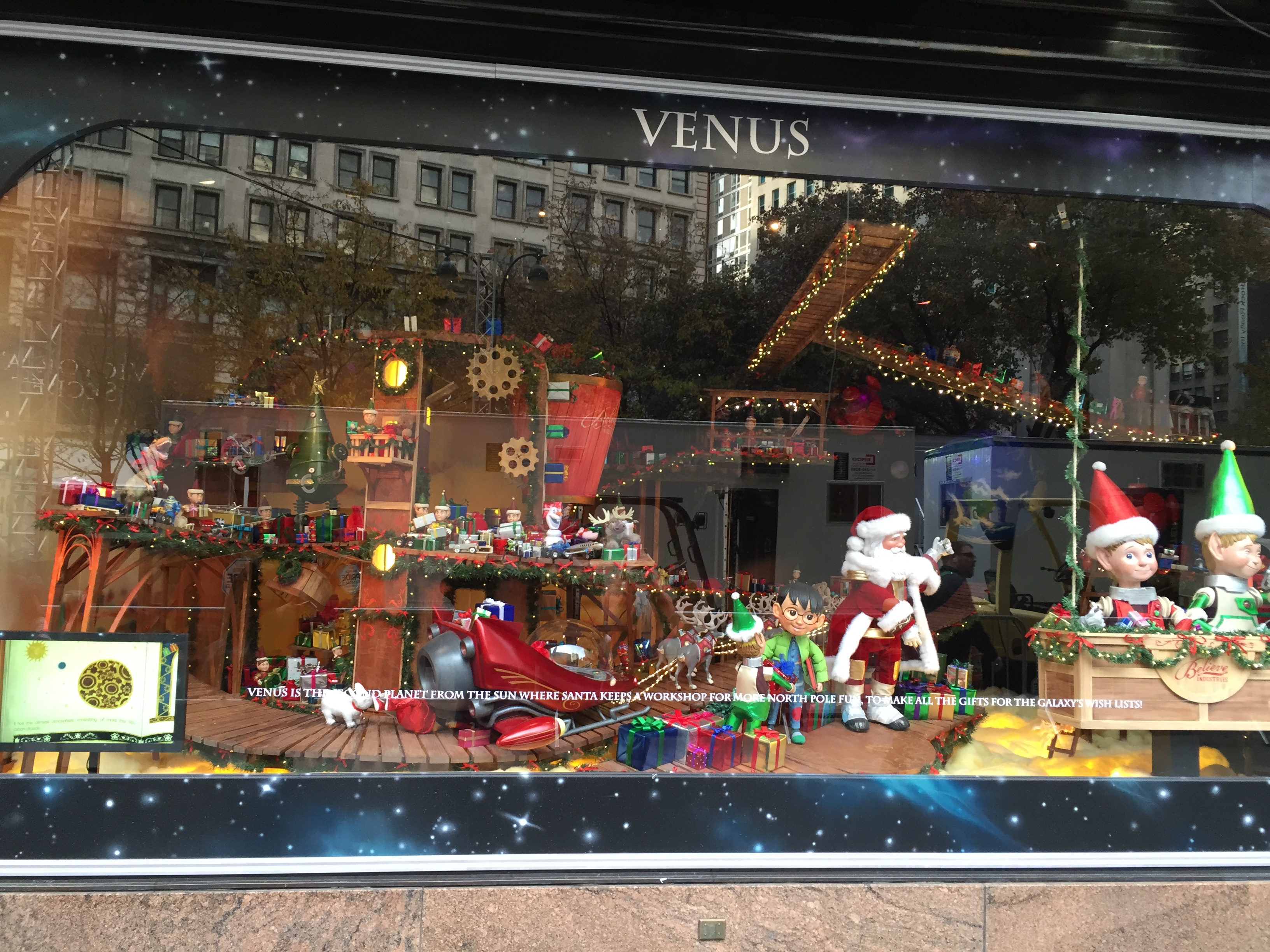 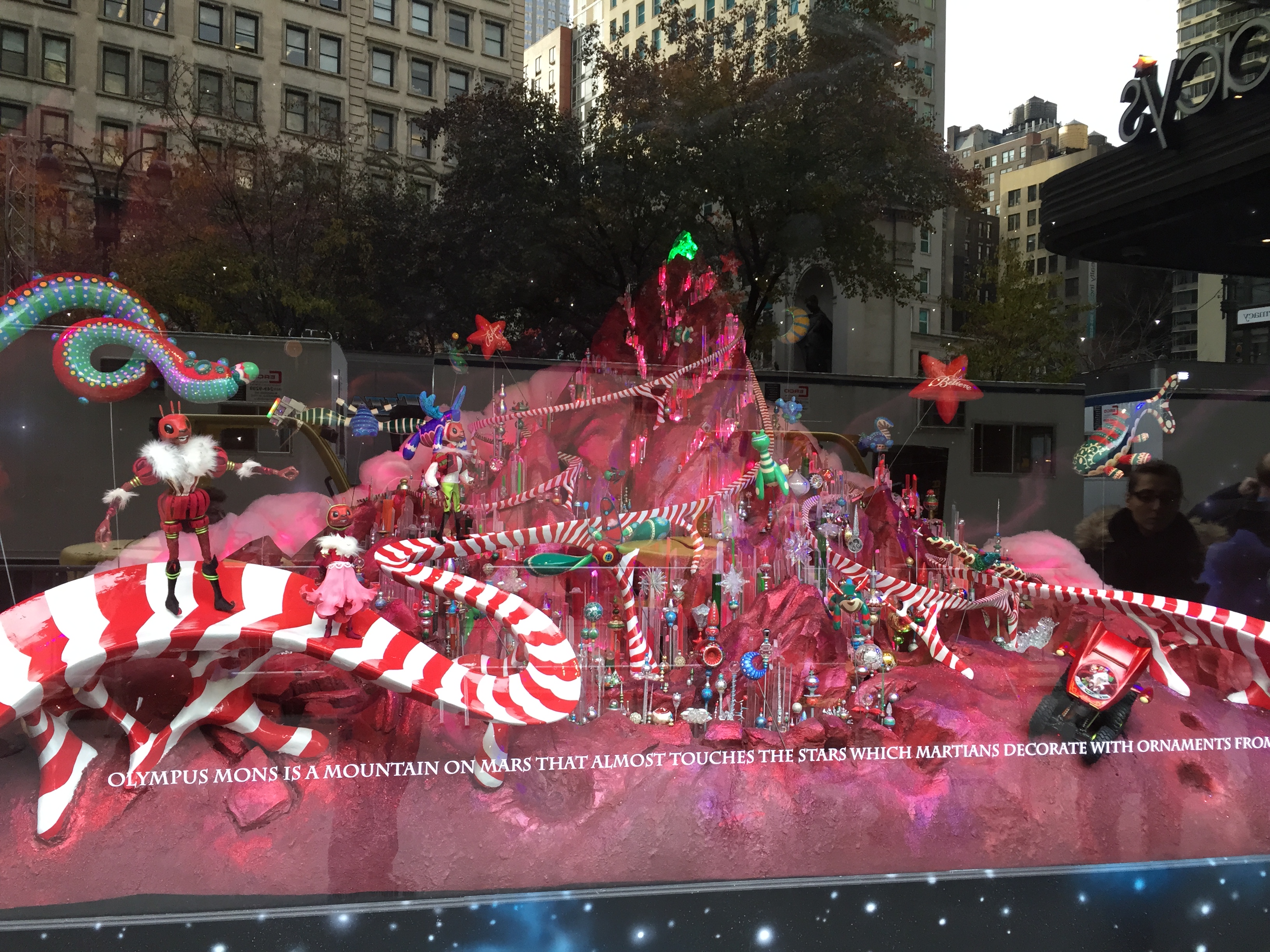 Yeah that window above is Mars. I just had to get a close-up of the crazy creepy martians in this one! How many little kids went screaming away in terror, ya think? (Besides me, I mean.) 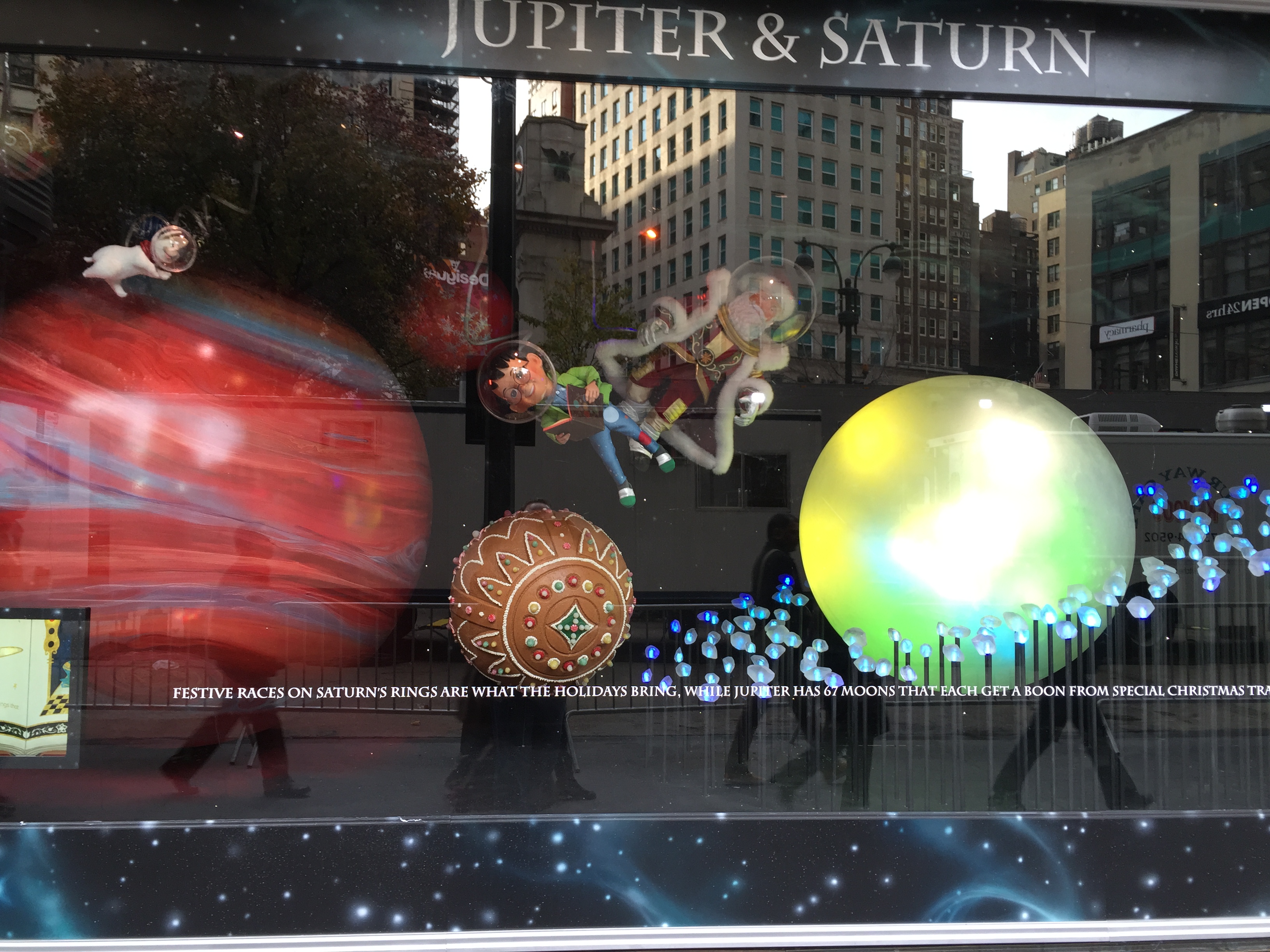 My definite favorite, though, was Uranus & Neptune. It was like two huge Frost Giants having a snowball fight!

And finally, Santa comes racing down to the coolest little Earth ever, complete with a giant Elephant balloon for the Macy’s parade! 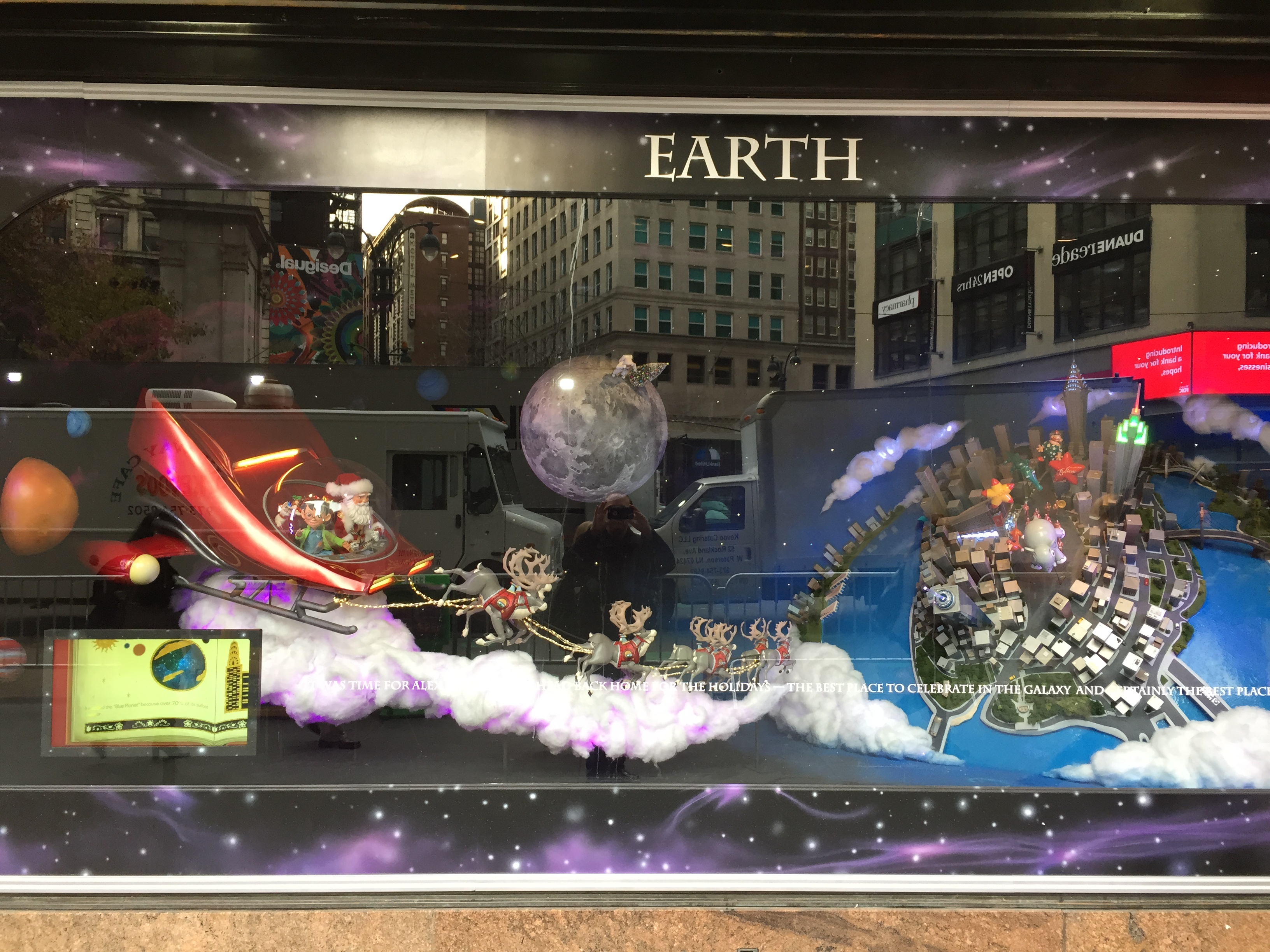 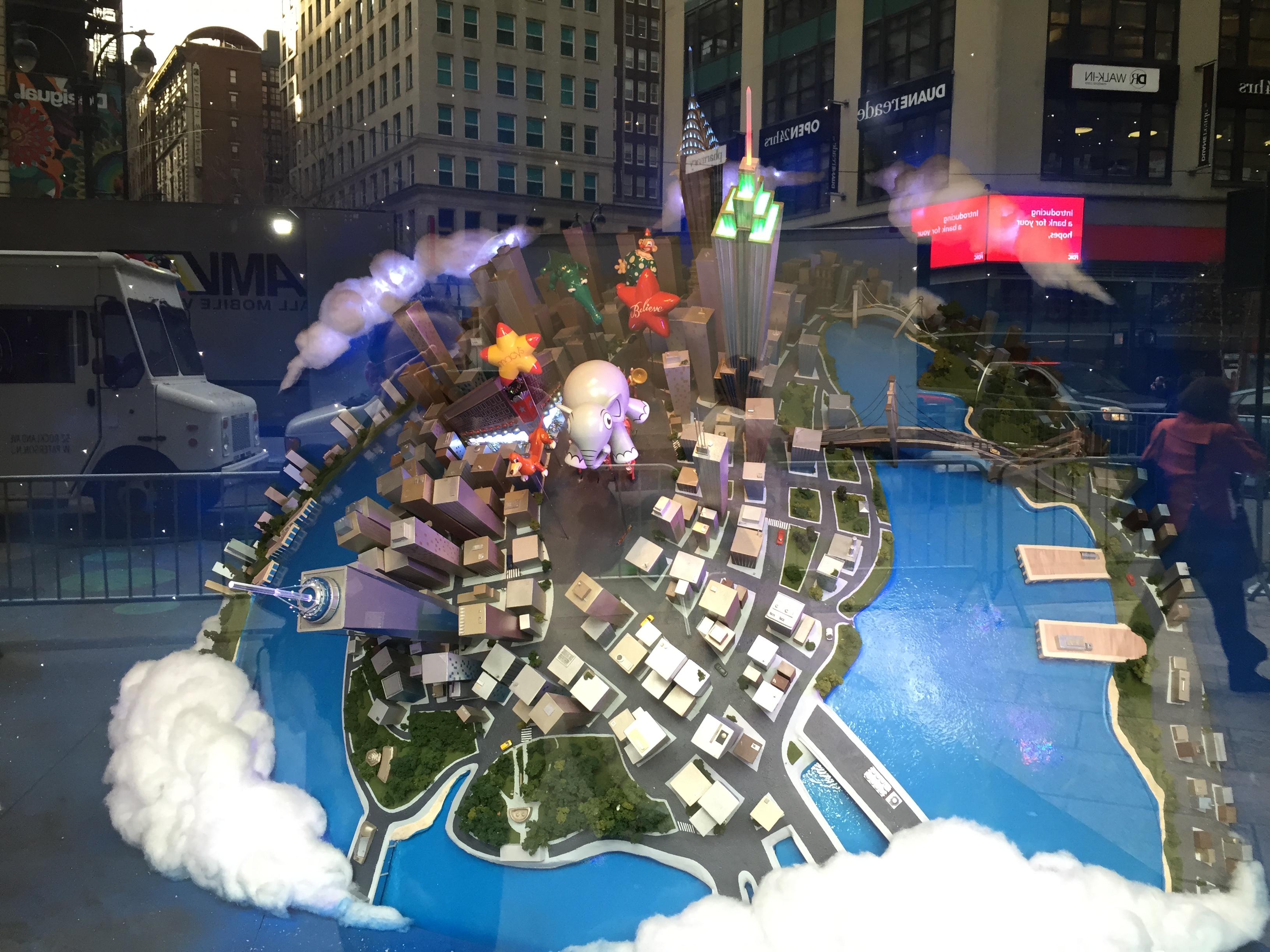 If you get a chance to hit Manhattan this month, it’s definitely worth a trip to Herald Square to soak in these far out holiday windows at Macy’s. Many of them have small videos and even games in the windows, and of course, there’s loads of neat animatronics too.

I guess you could say that this year… sorry…. the holiday windows at Macy’s are really out of this world!

Have you ever seen the Macy’s Holiday Windows?