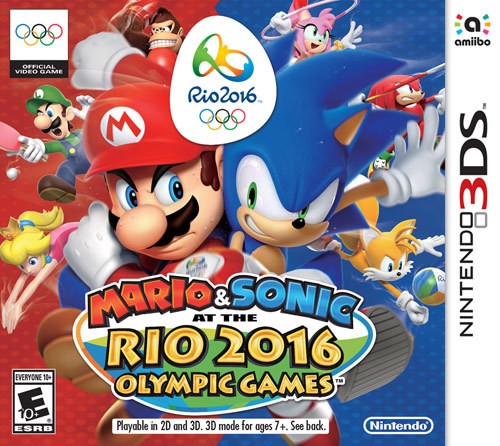 There’s been a lot of talk about Rio these days. Lots of controversy with Olympians bowing out of attending the 2016 Olympic Games for a variety of reasons.

Who knows what will end up happening and who will be taking home the gold? Whatever the case, I know my family will be glued to the TV watching some of the world’s greatest athletes compete!

And there are two names we’re already chanting in our house when it comes to Going for the Gold.

Yep, that’d be Mario and Sonic!

Nintendo’s latest release of the Mario & Sonic game is now available, Mario & Sonic at the 2016 Rio Olympic Games (3DS), and my boys have been playing it with the same old enthusiasm. As Nintendo Kid Reviewers, you can even read their review!

What are the games latest features? Glad you asked:

Ryan and I thought it’d be fun to stage our own Summer Olympics right here at our home in New York. So we invited Mario, Sonic and all their friends to compete in a few events. Take a look: 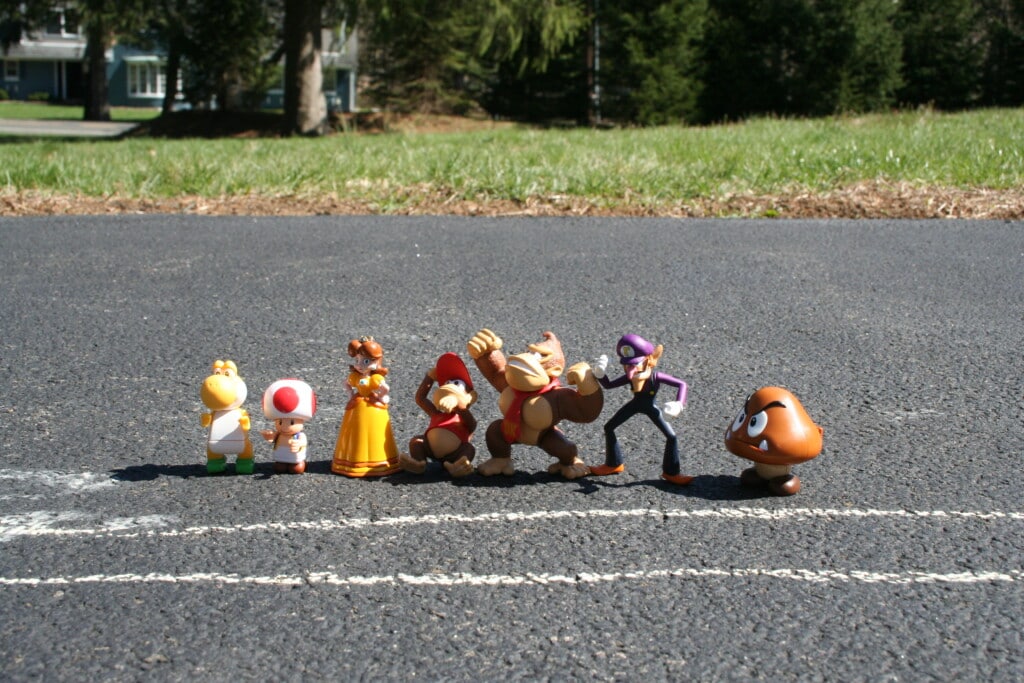 The crowd was a bit rowdy, which may explain the reason some of the race lines weren’t exactly straight. 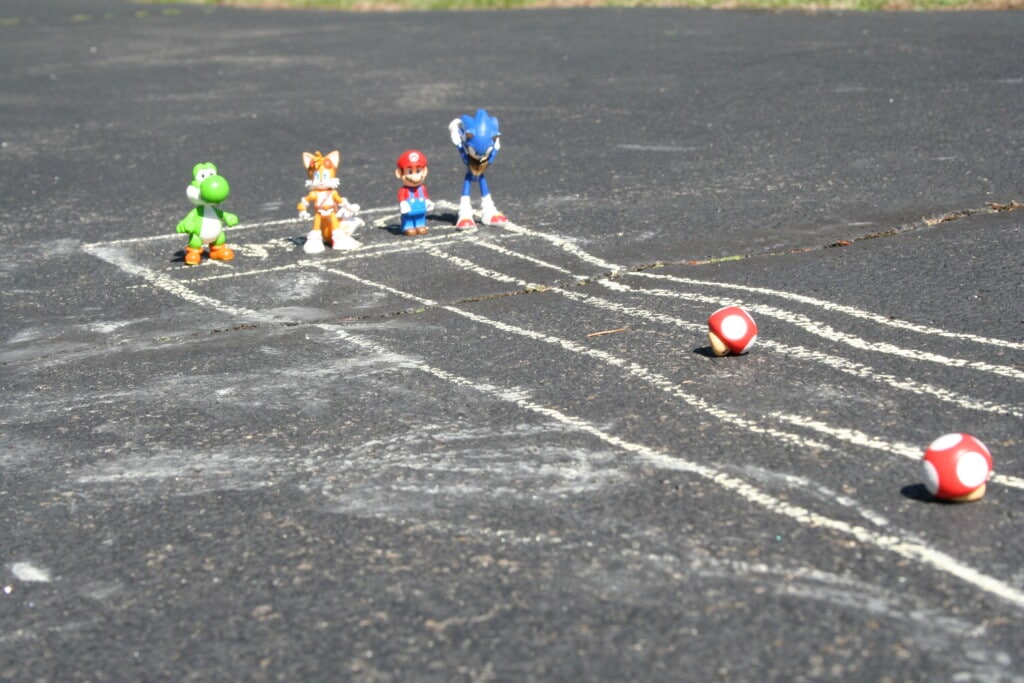 With power-packed mushrooms in place, the Olympians stretched their legs and prepared to race! 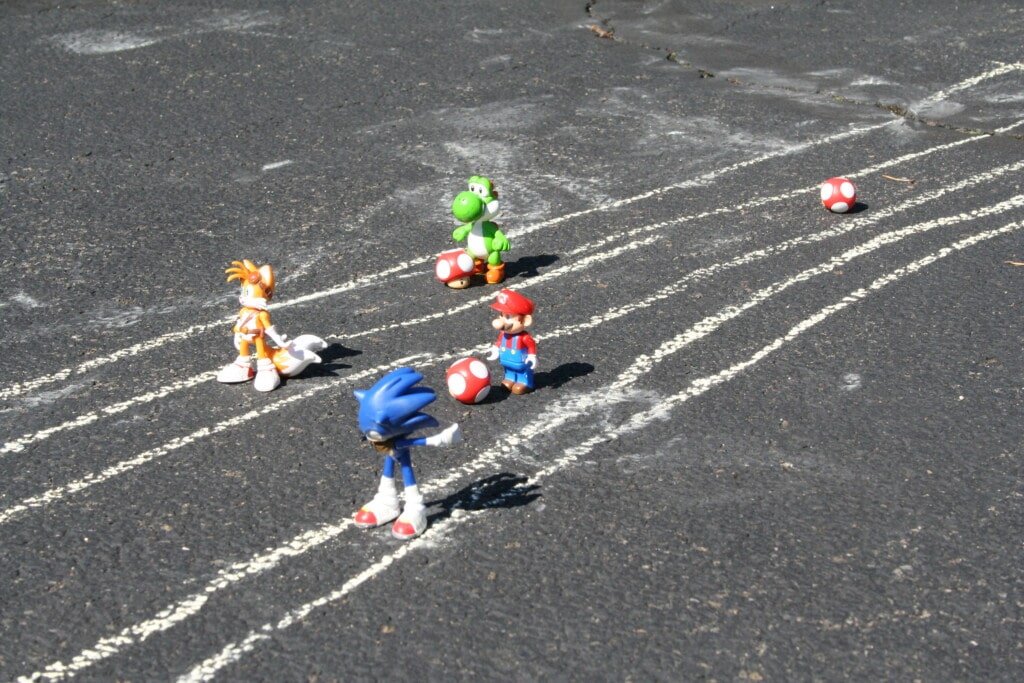 WOW! In a rare photo finish, Sonic the Hedgehog just beat out Mario by whisker! 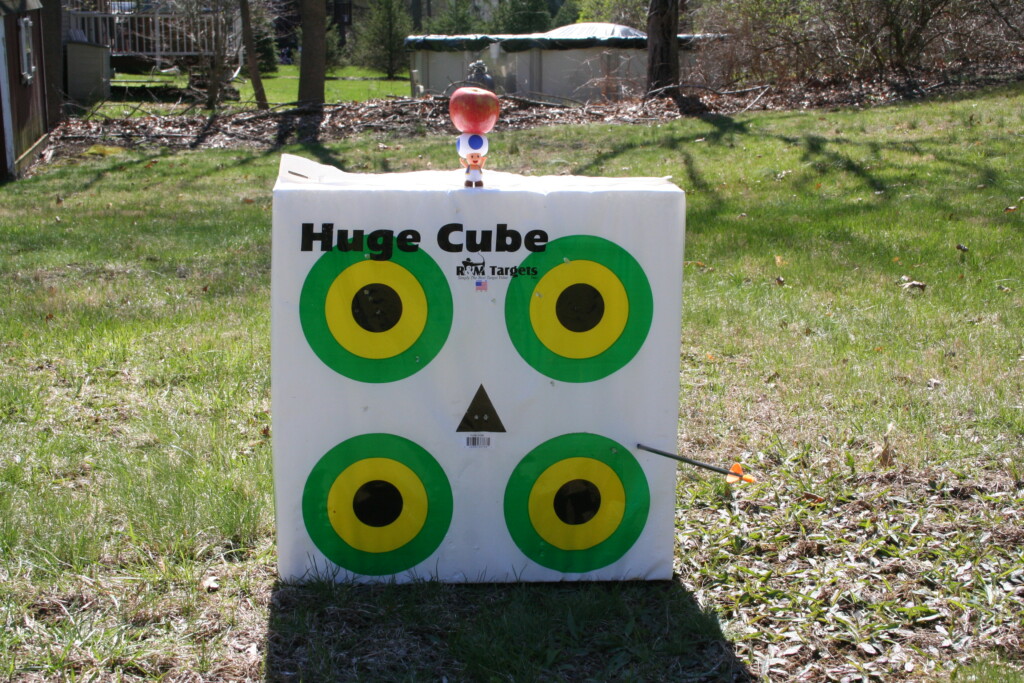 In the vein of William Tell and Robin Hood, the archery competition saw poor Blue Toad holding up an apple with nothing more than his head. 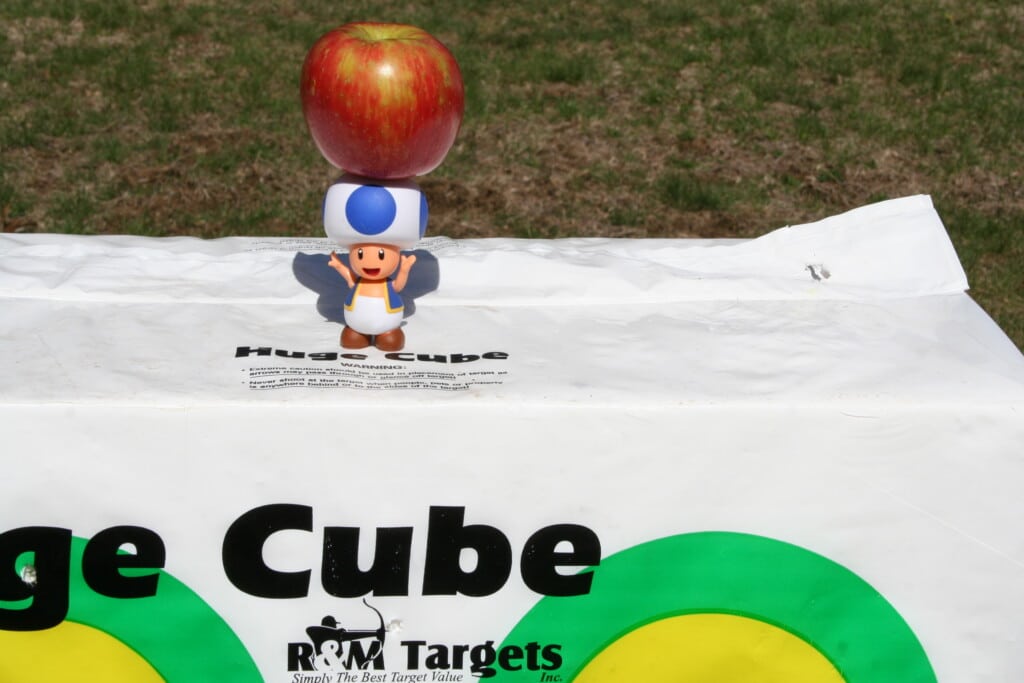 Luckily, no fruit (or Toads) were harmed in the making of these photos. 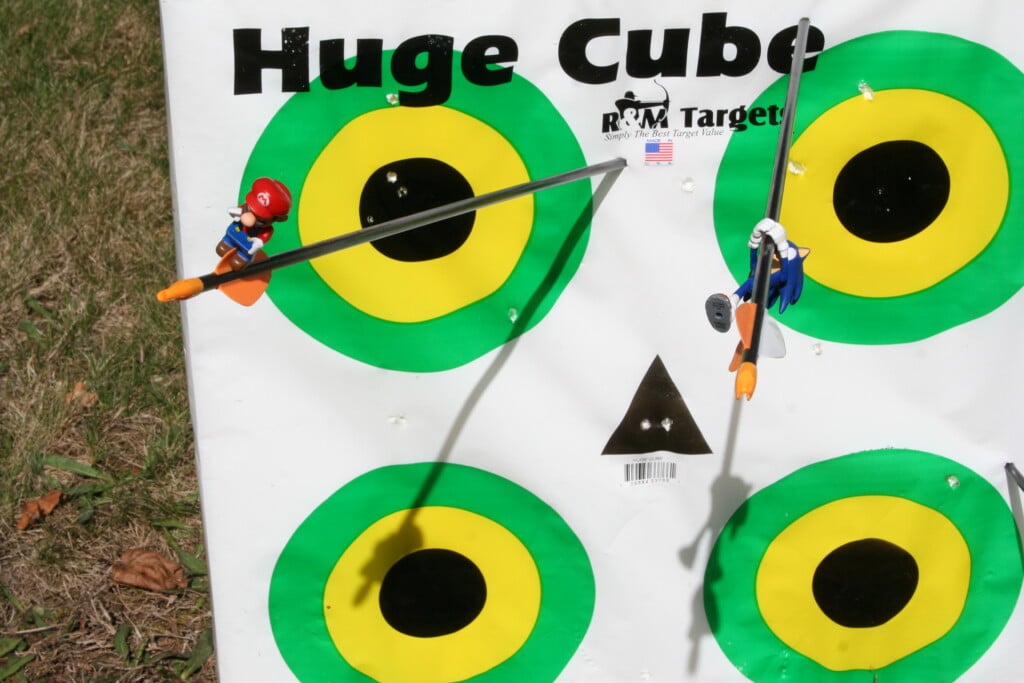 Pull and release! Mario and Sonic fly through the air to hit the target, though both missing the bullseyes.

“What’s your prediction for the fight?” 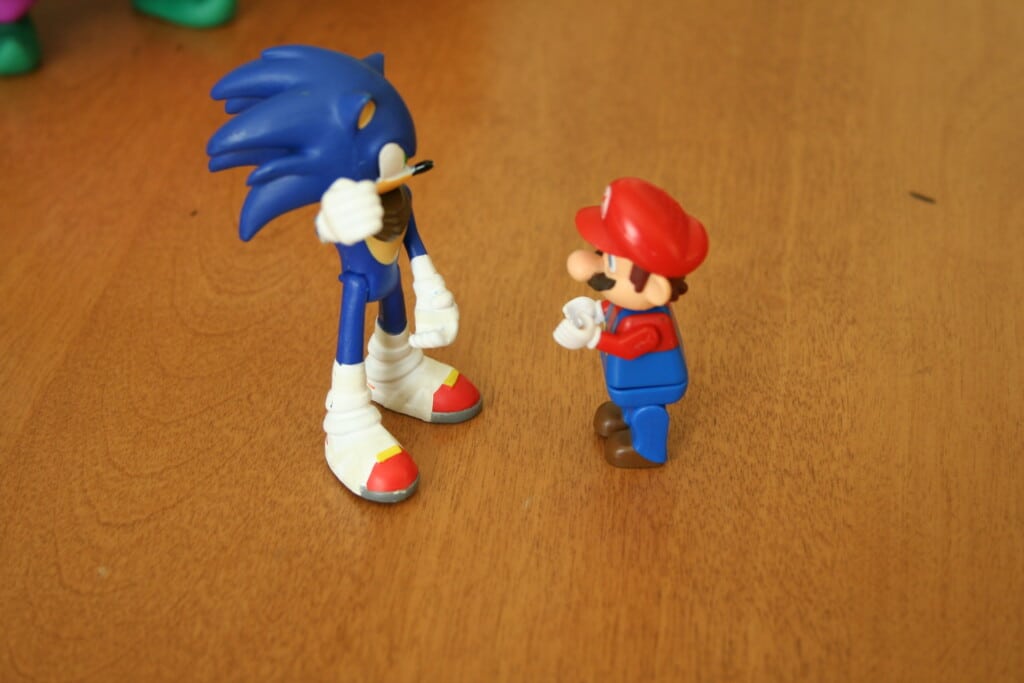 Okay, so this may not be Rocky III, but the big knuckled blue hedgehog towers over the feisty, Italian plumber. 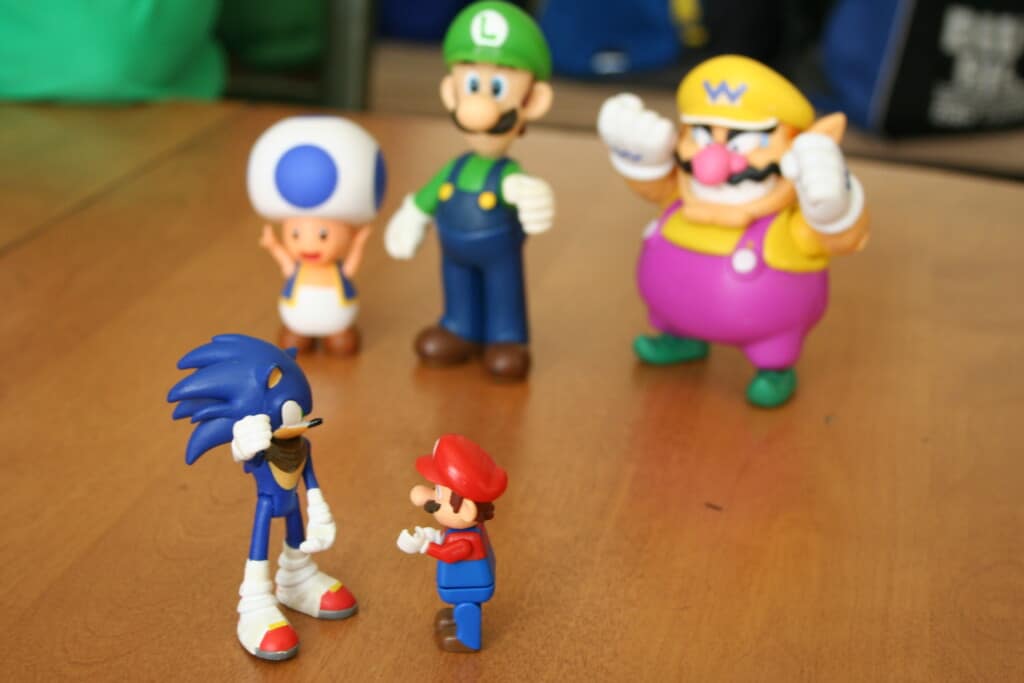 The crowd is certainly into it, especially that rotund rapscallion Wario! 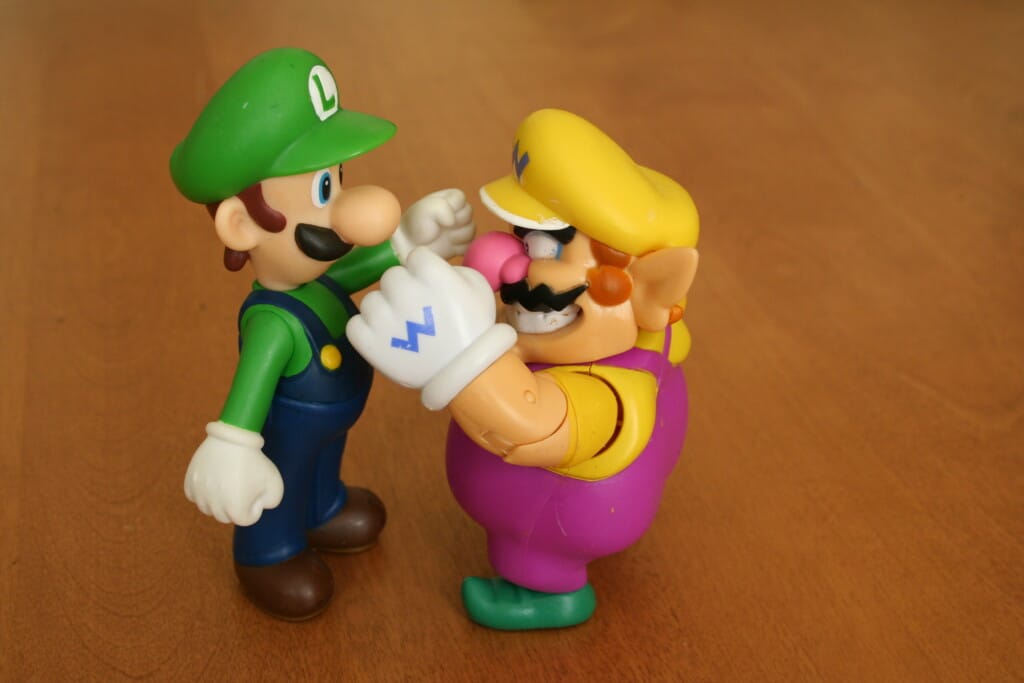 Sonic and Mario apparently like each other too much to fight, so their match is a draw and instead, we get… Luigi vs. Wario!

So in the end, who won our homemade Mario and Sonic Olympics? Well, personally, I’d say the fans!

And now, why not enter below for your chance to win a copy of Mario & Sonic at the 2016 Rio Olympic Games for the 3DS?

Giveaway ends on August 8, 2016 at 11:59 p.m. ET. The 1 winner will be chosen at random and announced on this site. Giveaway is open only to legal residents of the fifty (50) United States (including District of Columbia), who are at least eighteen (18) years old at the time of entry. The 1 Winner will be notified by email and have 48 hours to respond or a new winner will be chosen.