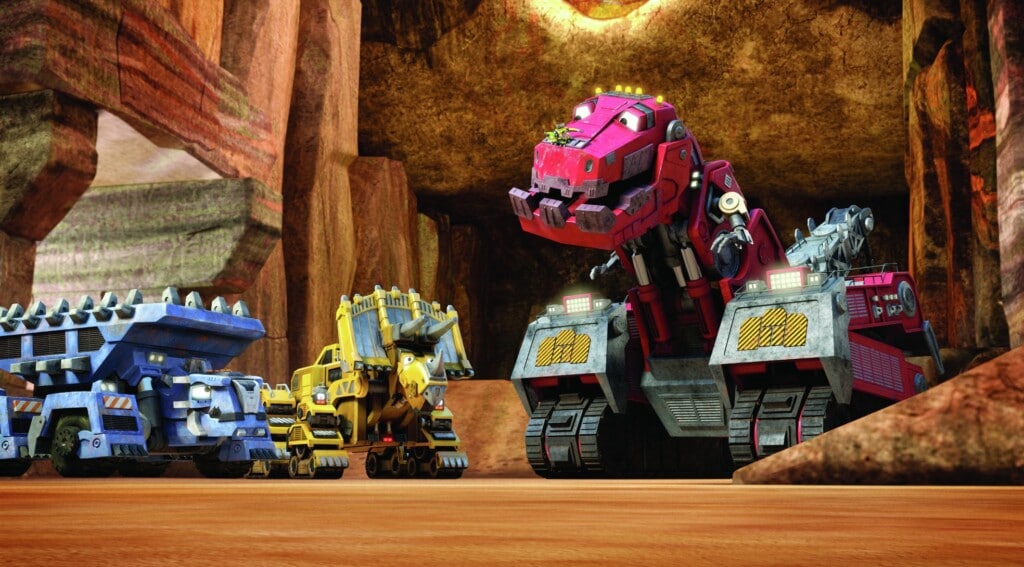 When you’re a kid, is there a better toy than a truck? Seriously, I can remember spending hours just sitting on the floor playing with toy trucks when I was a kid.

Dump trucks. Bulldozers. Diggers. You name it. If it was big and had wheels, it was part of the action. And what was great is that they worked great anywhere. In my room. In the backyard. At a friend’s house. Yeah, trucks may seem simple, but they always offer some seriously entertaining playtime.

Now, as much fun as trucks were, there was one thing that was always a little bit cooler. Dinosaurs!

From the terrifying T .rex to the spiny plated Stegosaurus, dinosaurs will always capture our imagination, probably because it’s mind blowing to think that these things once walked the same earth we’re standing on today. 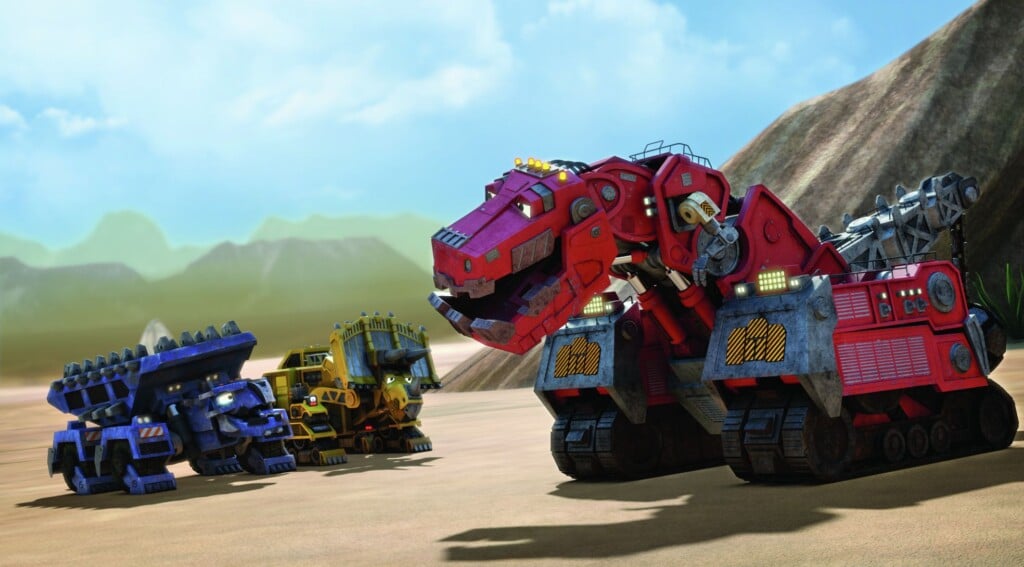 Now, imagine a world where the coolness of trucks and the amazement of dinosaurs co-existed. No, I’m not talking about the Flintstones, silly. I’m referring to the all-new Netflix original series Dinotrux!

Yep, they’re half dinosaur, half truck. The fact that DreamWorks has put this series together, means you’re pretty much guaranteed to feast your eyes on some gorgeous animation. Now, while the show targets kids a bit under my boys’ ages (it’s geared towards the 5 to 7 age group), I don’t think it’d be lost on Jason and Ryan. Yeah, my 10 and 12-year-old still secretly enjoy watching Peppa Pig.

Half dino. Half truck. All awesome. Ty Rux, a massive Tyrannosaurus Trux, and his best friend Revvit, a razor-sharp Reptool, are building a bigger and better world together — and battling against the biggest and baddest of them all, D-Structs, who seems determined to wreck everything that’s good about their world.

There are currently 10 Dinotrux episodes available for Season 1. I absolutely love the fact that Netflix has its own original programming now. I can’t get enough of Orange is the New Black or Daredevil, so it’s great to see they’re continuing to offer up exclusive programming and even expanding into the younger generation’s interests.

If Dinotrux keeps the little ones entertained, you can pretty much guarantee a Season 2. Not to mention the inevitable Dinotrux toy line that would put my childhood adventures to shame! 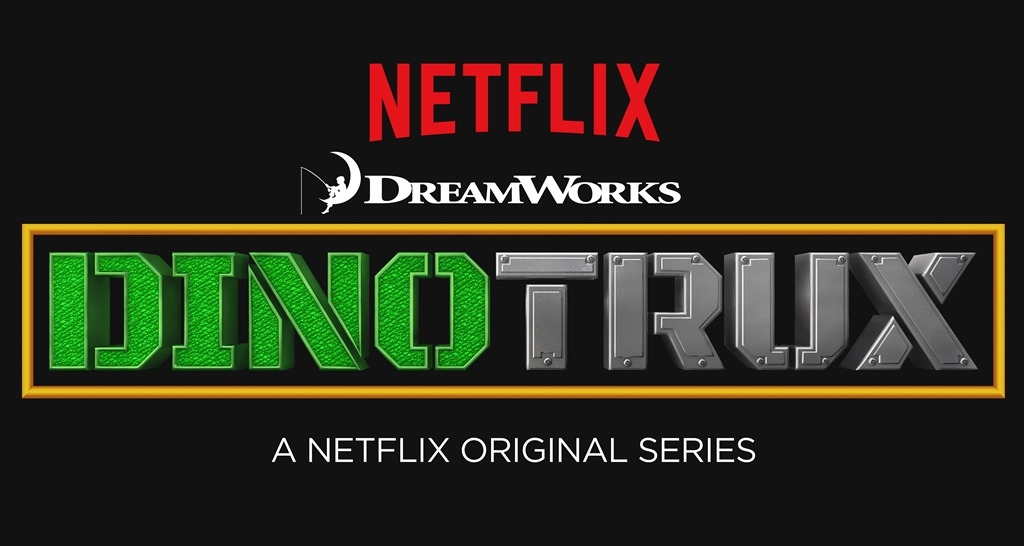 1 thought on “Netflix Goes Original for Kids with DreamWorks Dinotrux!”