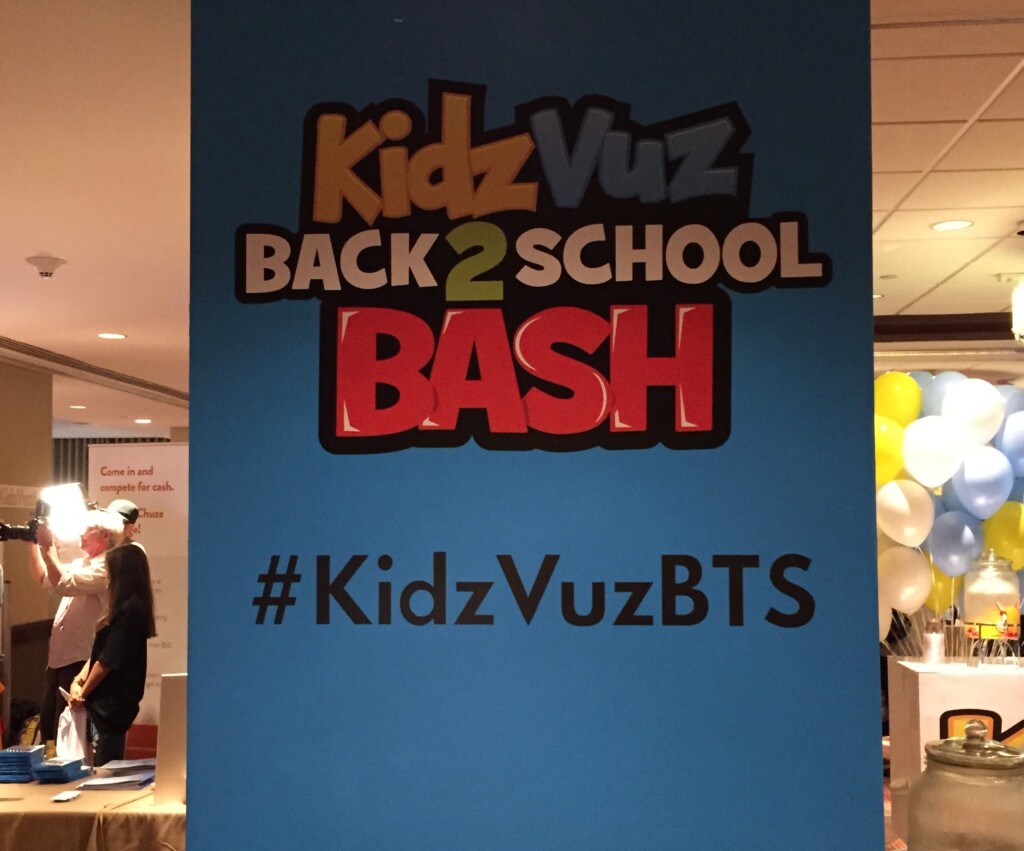 Out of the three blogging events I attended in NYC last month (Blogger Bash, Blog Her and KidzVuz), I can easily say the best of the bunch was the KidzVuz Back 2 School event!

It was just packed with so much… well, fun! The fact that kids could actually attend might’ve made a difference, because it was really neat seeing how wide their eyes got as they ran to play with the latest toys, meet celebs or do all sorts of hands-on crafts.

For me, the coolest thing by far was getting to hang with the LEGO team and get a sneak peek at LEGO Dimensions! 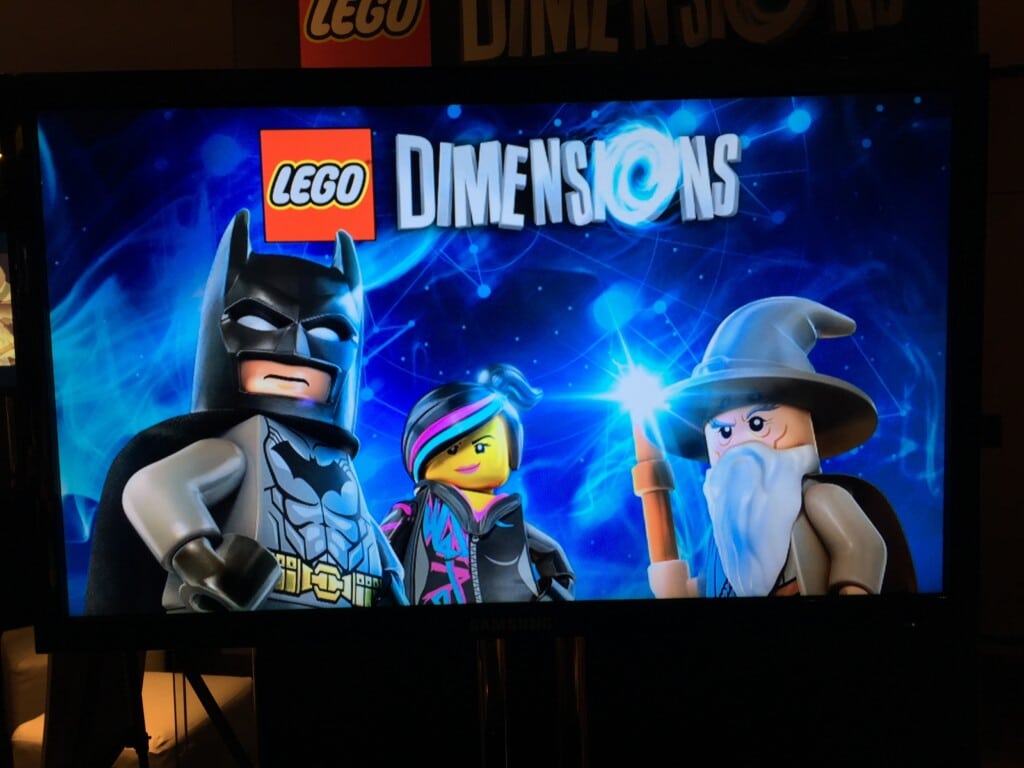 Similar to Disney Infinity or Skylanders, LEGO Dimensions lets you mix and match all sorts of LEGO characters in an exciting interactive story. 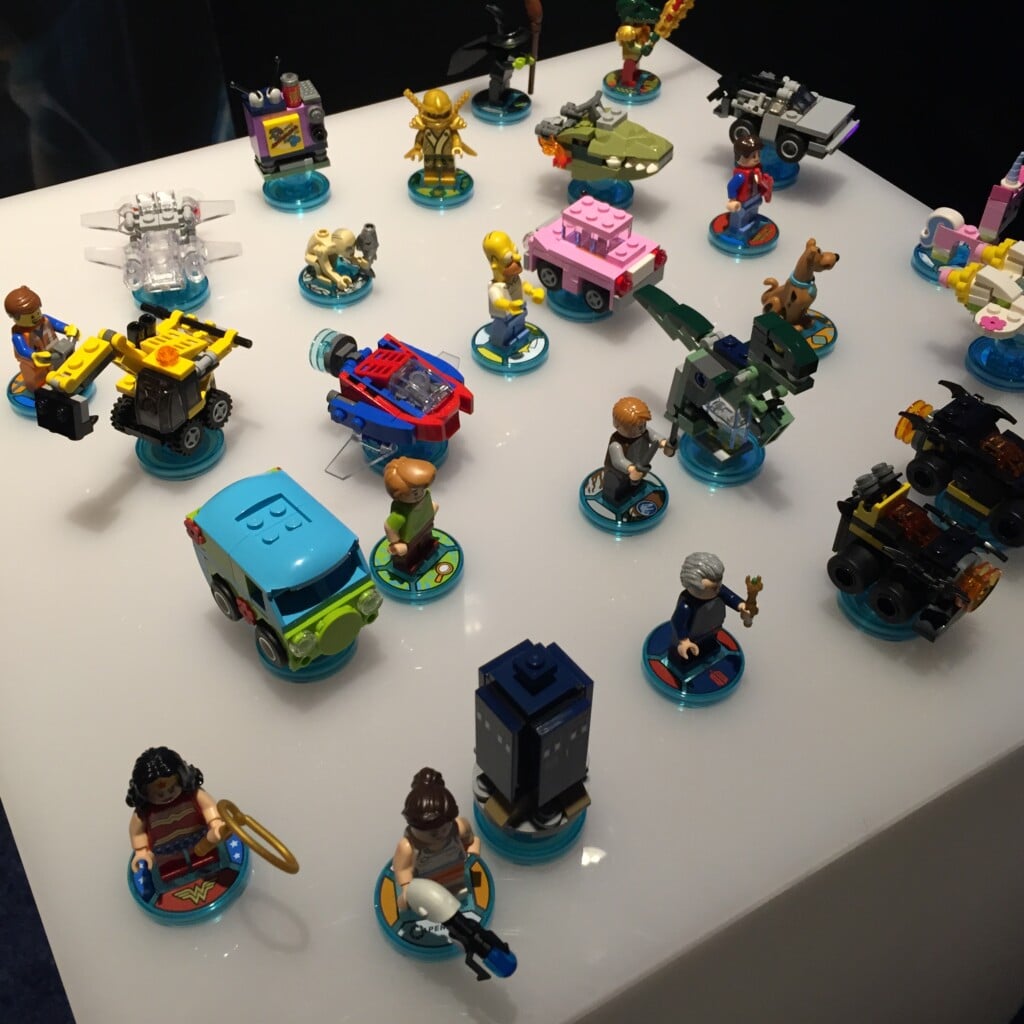 Besides Wonder Woman and Batman, there’s Scooby Doo, Superman, Homer Simpsons, Marty McFly (and the time-traveling Delorean!) Emmet from the LEGO Movie and so many more! (I asked about the chance of the Ghostbusters showing up and was told to keep my eyes peeled for future releases!) 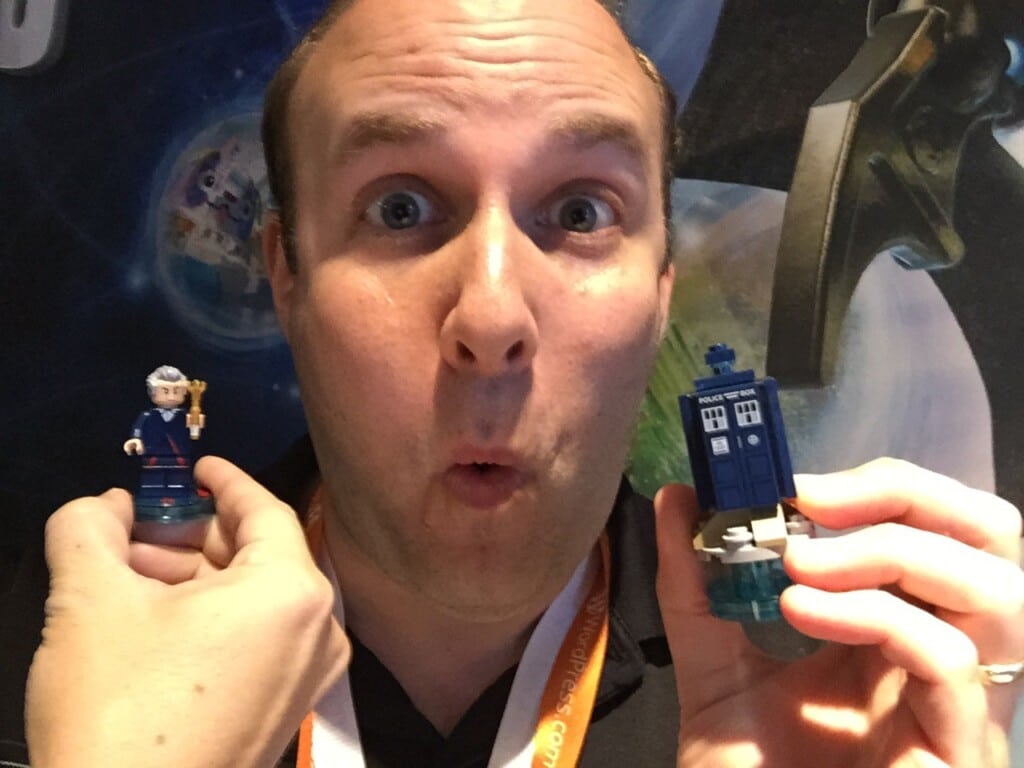 Yes, Doctor Who and a TARDIS!

The game itself looks AMAZING! Where else can you mix Batman and Gandalf in the same game?!?

Similar to Skylanders and Disney Infinity, there’s a portal base that you put your figures on to “unlock” and use them within the game itself. But unlike those games, you can fit more than two characters on the base and… just like you’d expect from LEGO… you have to actually build the portal itself!

I took a short video of the gameplay itself:

Besides LEGO Dimensions, so many other great brands were there showing off their upcoming products and featuring all sorts of fun and games. Hasbro. Lysol. Philips. WWE. LG. AVG. The Broadway League. Laser Pegs. Dentek. And dozens more!

While I haven’t been watching wrestling as much as I used to in my younger days, it was so cool meeting two of today’s top WWE stars! 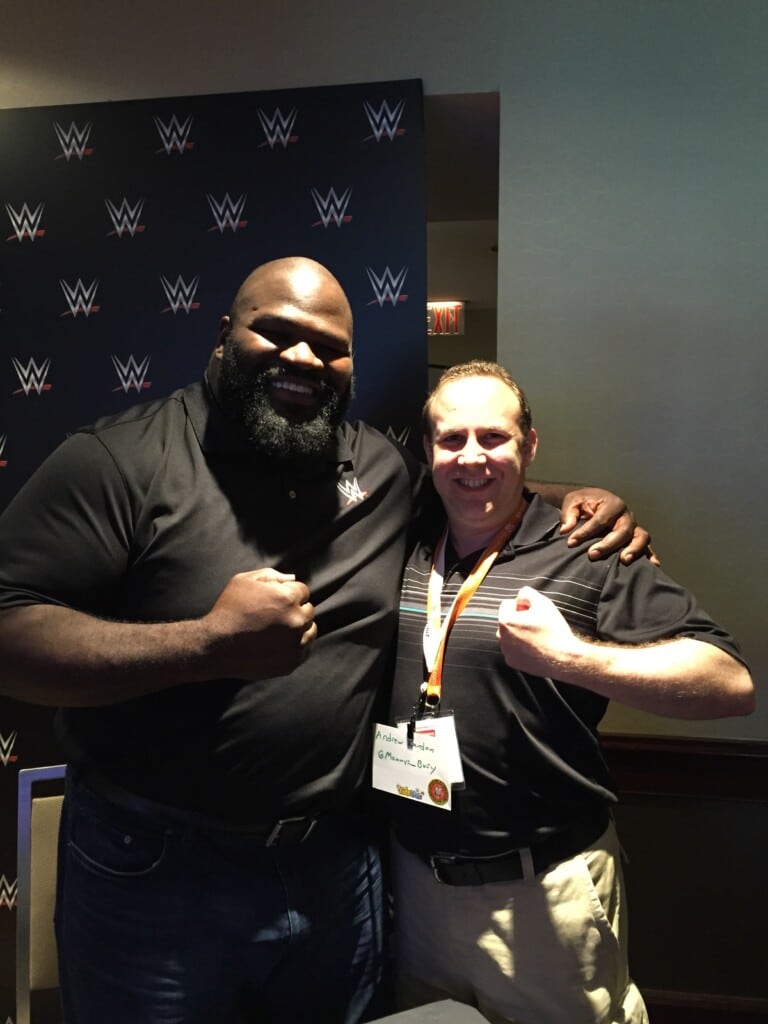 The mighty Mark Henry posed with me as we both showed off our guns. I know it’s tough to tell the difference, but I’m the buff guy on the right. 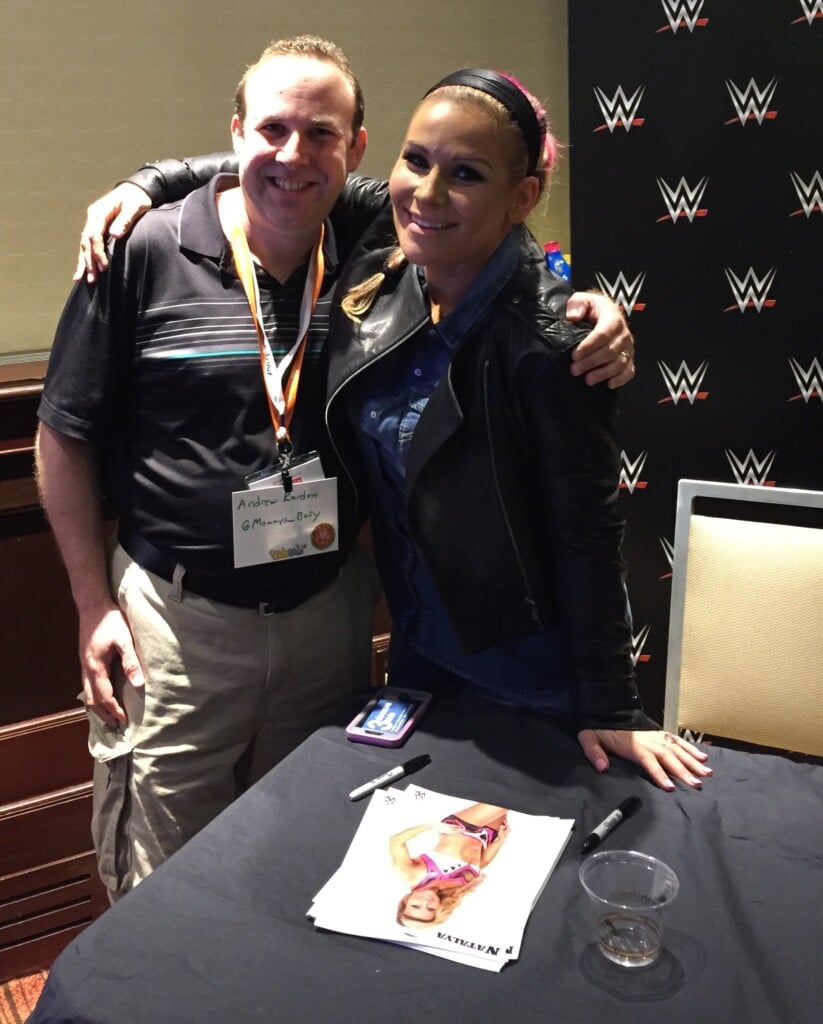 And there’s Natalya, who was as sweet as could be even though I know she could probably snap me like a twig without breaking a sweat. 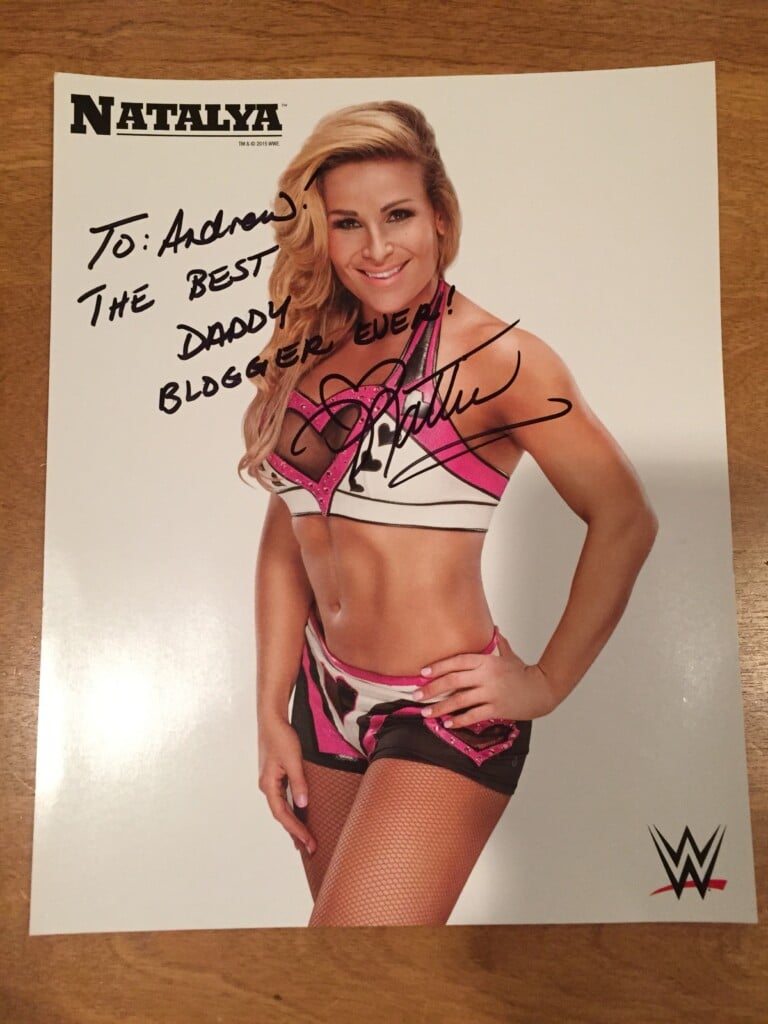 Clearly she’s incredibly smart too since she’s up on her daddy bloggers!

I was seriously impressed and amazed at how wonderful these two wrestlers were the kids. They both had huge smiles the entire time and really interacted with each and every kid that came up to them. I’m a big fan of celebs who truly do appreciate their fans. 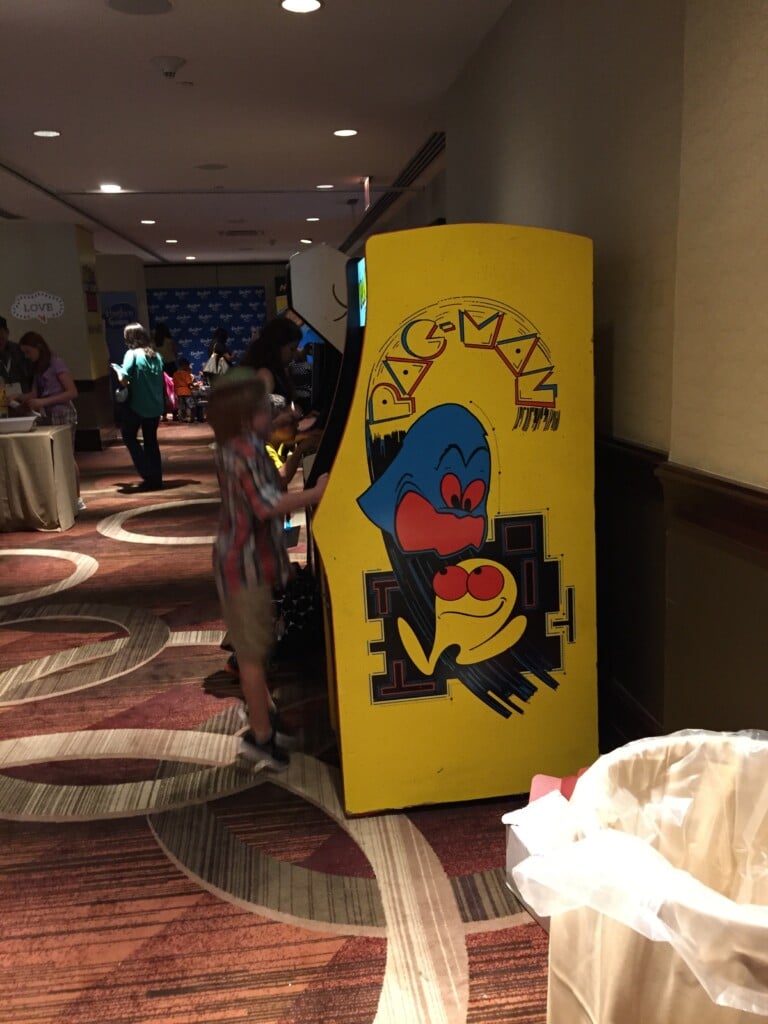 Tying into the recent PIXELS movie, there were full-size arcade machines for Pac-Man and Galaga. I didn’t get a chance to play any because I was too nice a guy to push the little kids out of the way. 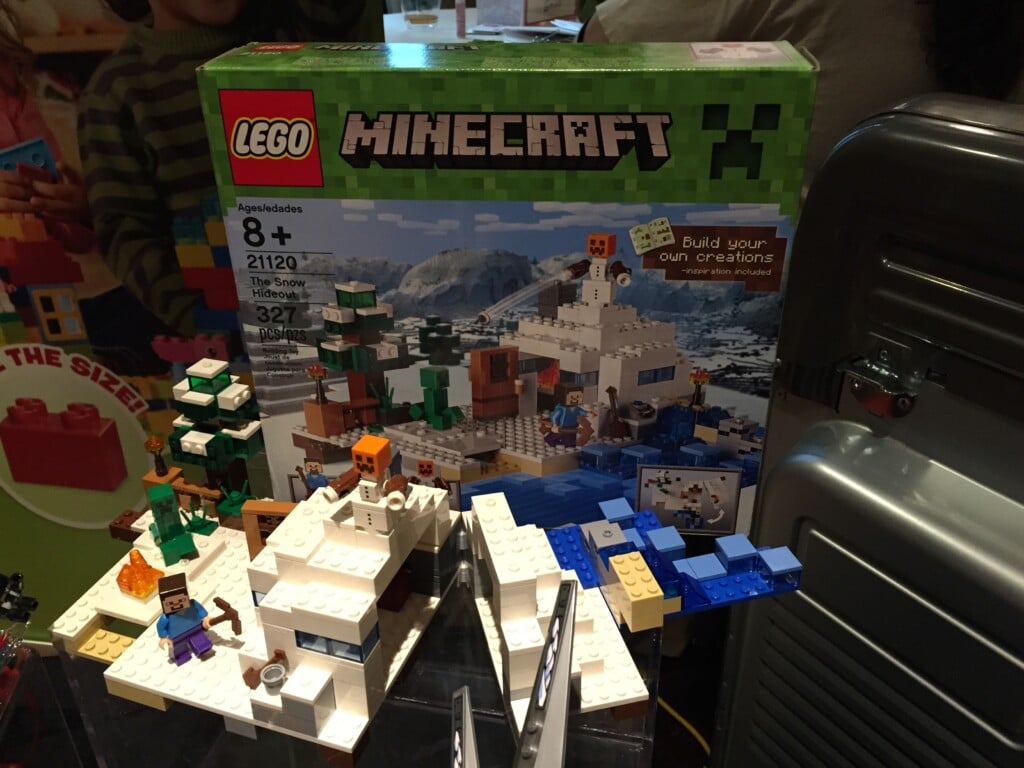 LEGO was there too, showing off a number of upcoming sets. I had to snap a photo of this Snow Hideout from Minecraft! How adorbs is that little pumpkin-headed snowman? 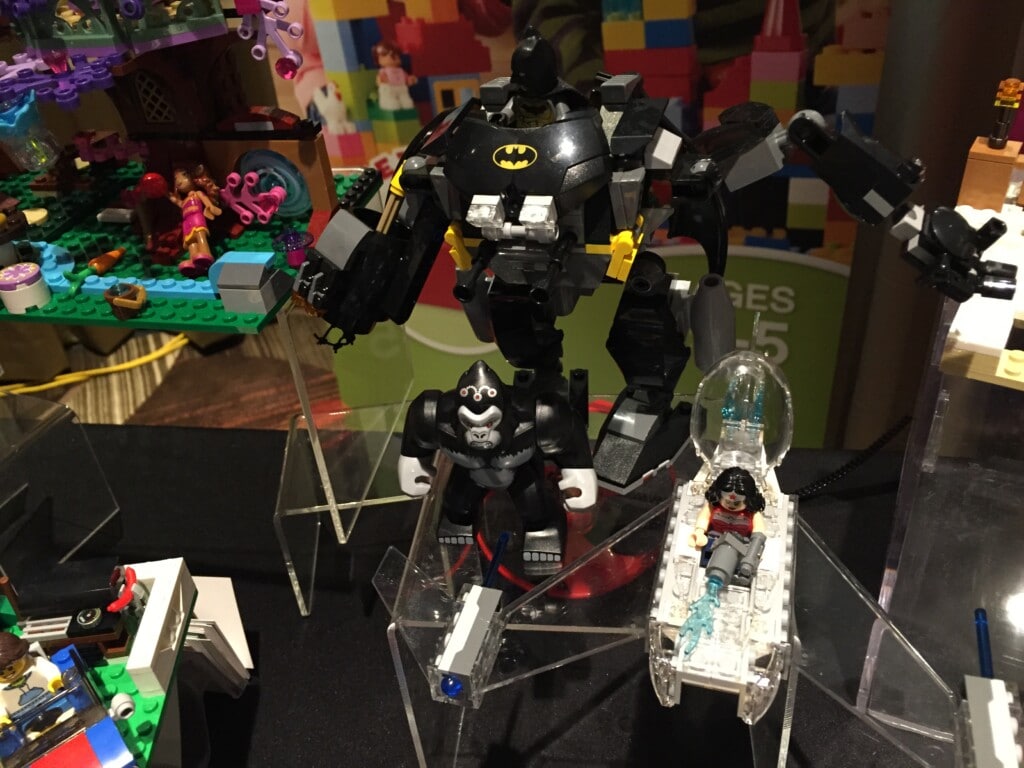 And that giant Bat-suit? Wonder Woman’s Invisible Jet? And… and.. a LEGO Gorilla Grodd?!?!?? TAKE MY MONEY NOW!!! 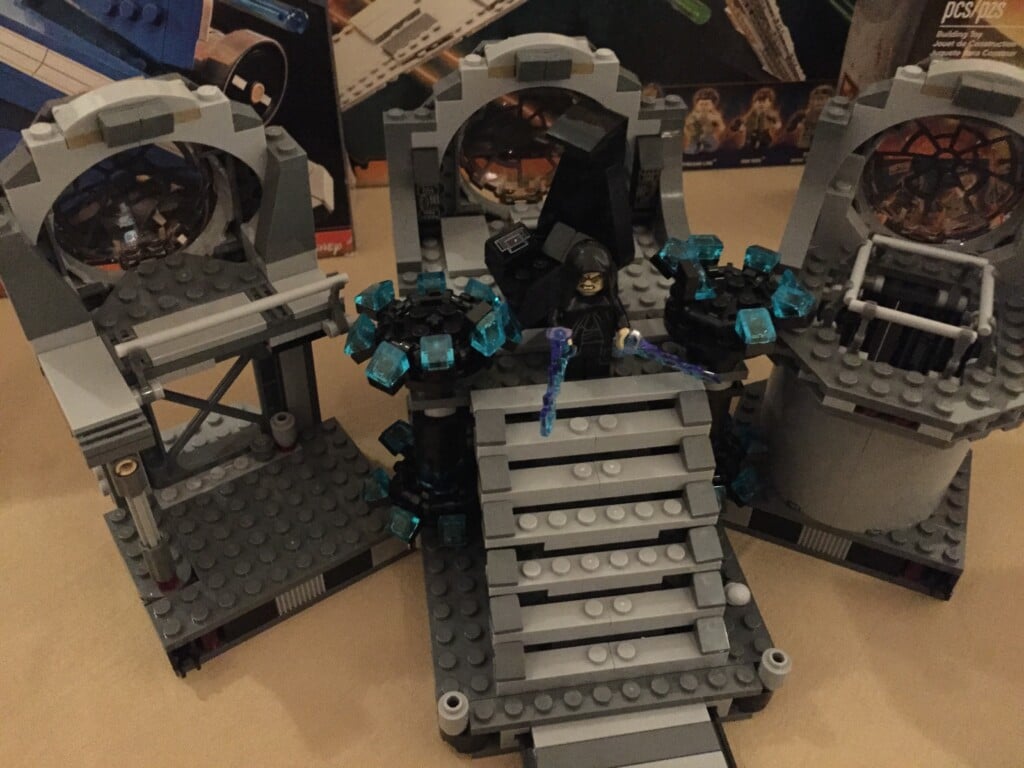 I can’t believe this didn’t exist yet. It’s the final Death Star Final Duel showdown between The Emperor and Luke Skywalker from Return of the Jedi!

So much coolness coming my way. Guess I better start on my Wish List now!

I was having such a blast at KidzVuz Back2School Bash that I didn’t even take as many photos as I wanted to take! I’ve always wanted to attend a KidzVuz event, so I’m glad I finally got the chance! And now that I know what they’re like, I can’t wait to bring Jason and Ryan with me next time around.