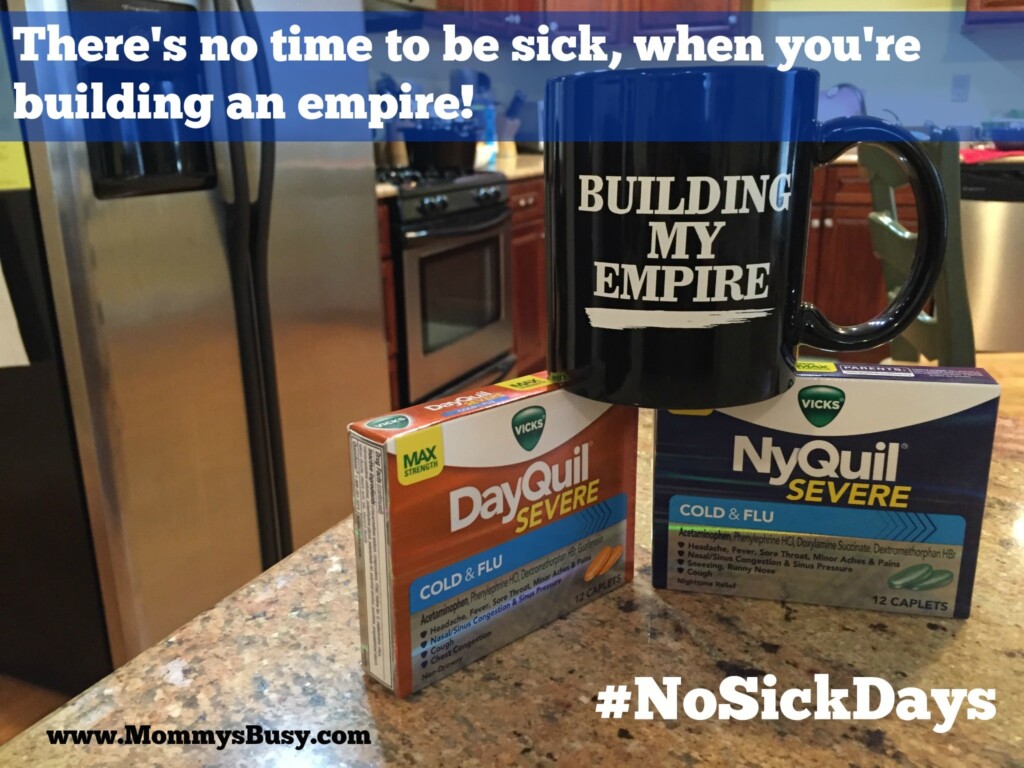 It was about a year before I got married. At the time, I was working as a magazine editor for a magazine all about comic books (Shout out to Wizard!) and San Diego Comic Con was coming up. We not only attended to cover the event, but we had a large booth there too where we’d give away all sorts of crazy comic book prizes and interact with our fans.

The whole editorial team took shifts at the booth (roughly four hours a day for each shift) to stand and talk non-stop to fans. We were a pretty popular booth because we gave away good prizes and were just a bunch of geeky fanboys. Yes it was fun, but it was definitely exhausting standing on your feet for hours while talking non-stop to people.

This one time, it was a few days before we were set to leave and I started getting a bad cold. Stuffy nose. Sore throat. Foggy head. You know the type. It only got worse as the trip arrived. There was no way I was bailing on my team so I sucked it up and went. I took long hot showers in the morning to clear my head and nose somehow muddled my way through the trip.

I wish I had thought of taking Vick’s DayQuil or NyQuil back then. (Actually, I’m not even sure they were both around at the time.) I would’ve been loads more clear headed during the day at the convention and gotten much better nights’ sleeps too. Instead, I suffered the entire time I was there, day and night.

Heck, I felt like I had gone 12 rounds with the Incredible Hulk. 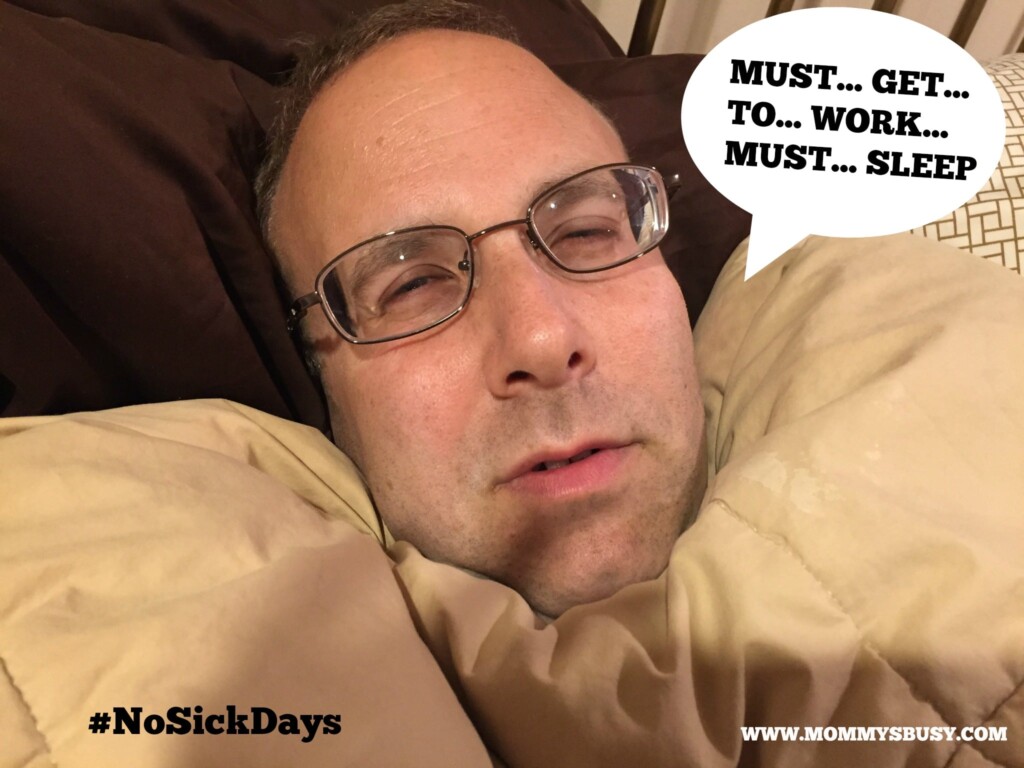 Thankfully, I do know about these products now. While I still travel often for work (sadly, I’m no longer in the magazine business, so no more Comic Con for me), it’s really tough for me to take off any day. I work in a small office where I’m heading up the US team for a UK Company. We’re still just getting our feet wet, so I feel like if I’m not in the office, there’s just going to be a lot of unanswered questions and potential confusion.

Nowadays, unless I physically can’t get out of bed, I need to try my hardest to make it to our NJ office. The easy answer is to just never get sick, right? That’s pretty impossible when you’re a working dad. Kids, as I’ve said before, are basically adorable little petri dishes. It’s inevitable that my boys will get sick during the school year. And when the kids get sick, daddy gets sick.

Yeah, I always seem to catch exactly what Ryan gets. 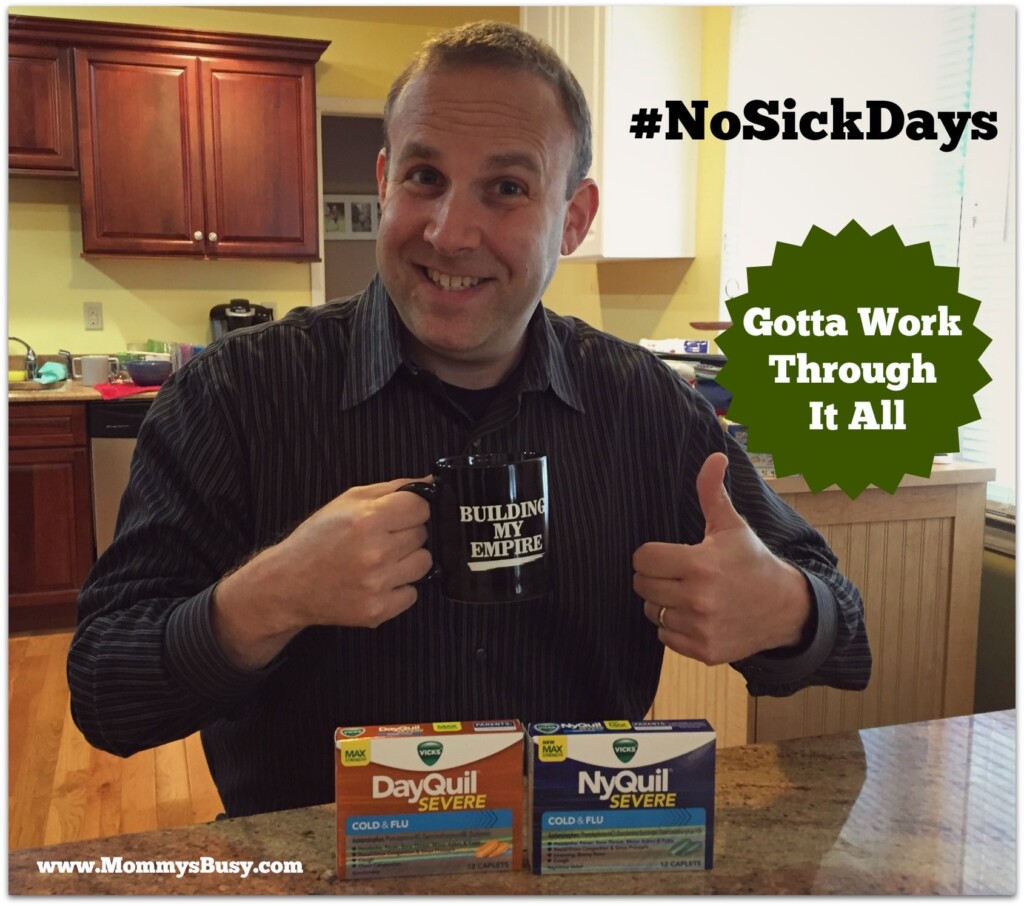 My medicine cabinet is definitely stocked up with DayQuil Severe and NyQuil Severe to help me get through the day (and night). That, a few gallons of tea and loads of tissues are sure to get me through the winter months ahead! If you want to give them a try, click here for a coupon! 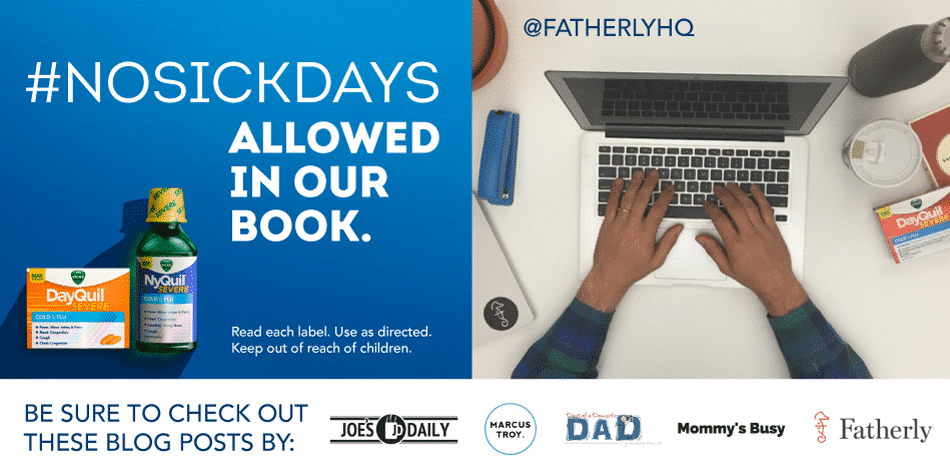 10 thoughts on “Sick Days? Nobody’s Got Time for That!”