I wrote the following on Facebook today and thought I’d share it here for a wider audience.

And also, because I want to use this space to share the amazing and ridiculous memories we all have of him. (Jump to the end for those…)

I just found out that an old friend of mine, Pat McCallum, took his own life. He was an unbelievably big part of my life for more than 15 years right after college. He was my boss. My best friend. And even the Best Man at my wedding. Sadly, things drifted and we haven’t talked in about 10 years. I always thought we’d reconnect at some point, but now that will never come to be.

Everyone who’s worked with Pat knows that he’s a creative force. Easily one of the most passionate and entertaining people I’ve ever known. We worked together at Wizard magazine, writing about superheroes and video games. He was the heart and soul of that office. No doubt about it. His energy was infectious and he went way beyond the phrase “above and beyond” to make that office more than a workplace. It was most definitely a second home. I can’t tell you how many late nights I spent at Wizard just playing Halo on the Xbox, WCW wrestling on Nintendo, foosball in the lobby, or even a Magic: The Gathering tournament in the big conference room.

As I read a few other tributes from former Wizard staffers, I 100% have to agree with them that I would not be the person I am, if not for Pat. He helped me become a better writer. He showed me how to truly just let loose and be goofy. He showed me how to think differently. And I still use all of those learnings today in my marketing career. I still remember one of the most fun days we ever had at work by running an office-wide Scavenger Hunt. It was a blast to participate in and “office morale” things like that have stuck with me to this day.

He taught me so many lessons, but not just at the office.

We lived together with a few other Wizard staffers, and yes, even at home, we’d end up talking for hours about comic book stories. Beyond work, though, he was a part of my family. He’d often join Allie and I on hikes, or making dinner or even ordering in an illegal amount of sushi. He helped me out when I proposed, by making sure everyone else in the house was gone. He was the Best Man at my wedding.

When our kids were born, he was the best on-site babysitter you could imagine. He’d go entertain Jason and Ryan, while Allie and I would run off and cook dinner or something. He loved chasing them around and coming up with the most insane games for them to play together.

Pat was the type of guy who would spend hours upon hours upon hours building your kids a custom Mario Kart board game out of foam core and spray paint. It’s huge and Jason still has it in his closet. It took Pat a few weeks to finish that one up, but he just loved giving himself to others like that. I will never ever forget how much of himself he gave just to make others happy. Unfortunately, he never accepted it in return. Never enjoying being the center of attention at all. 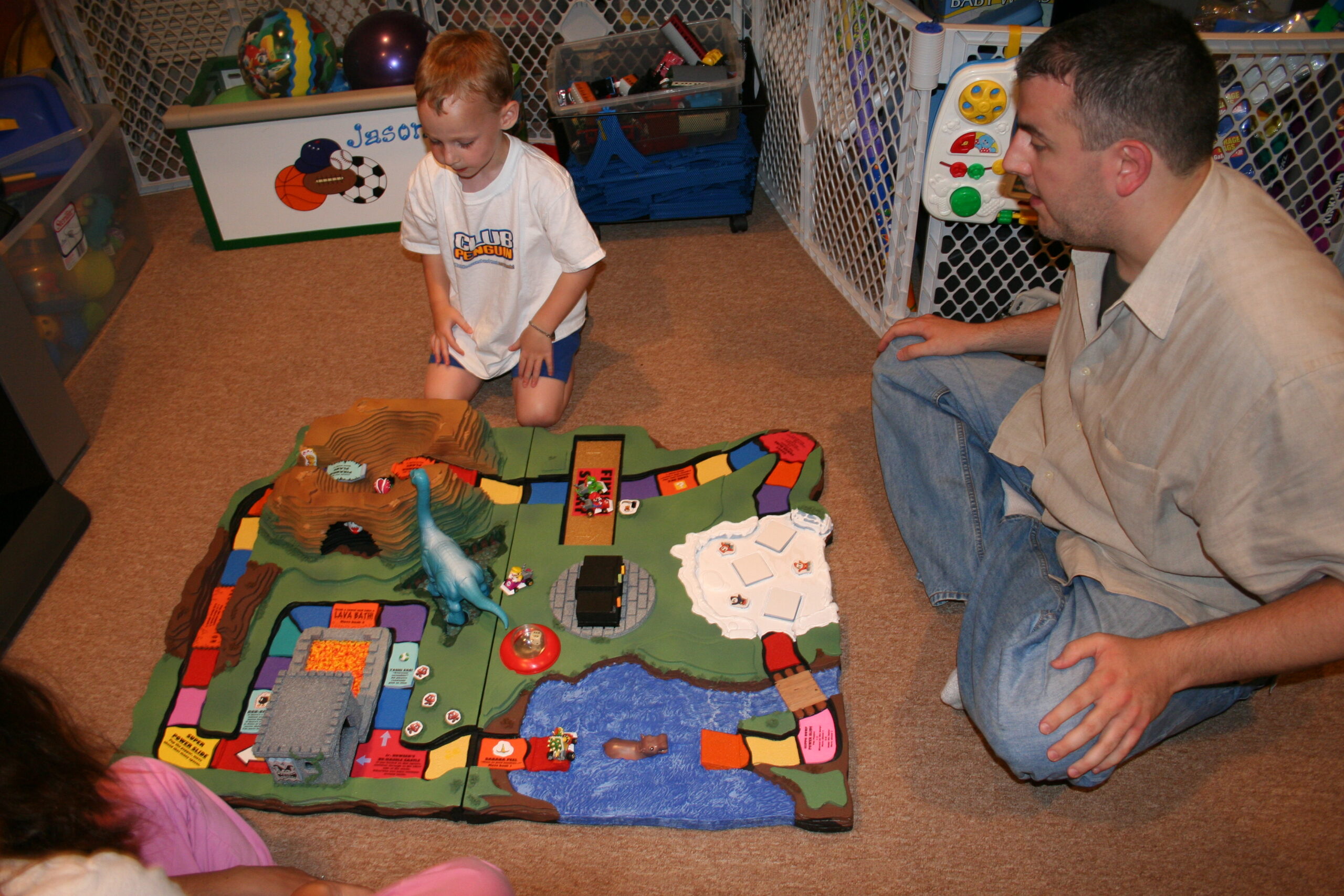 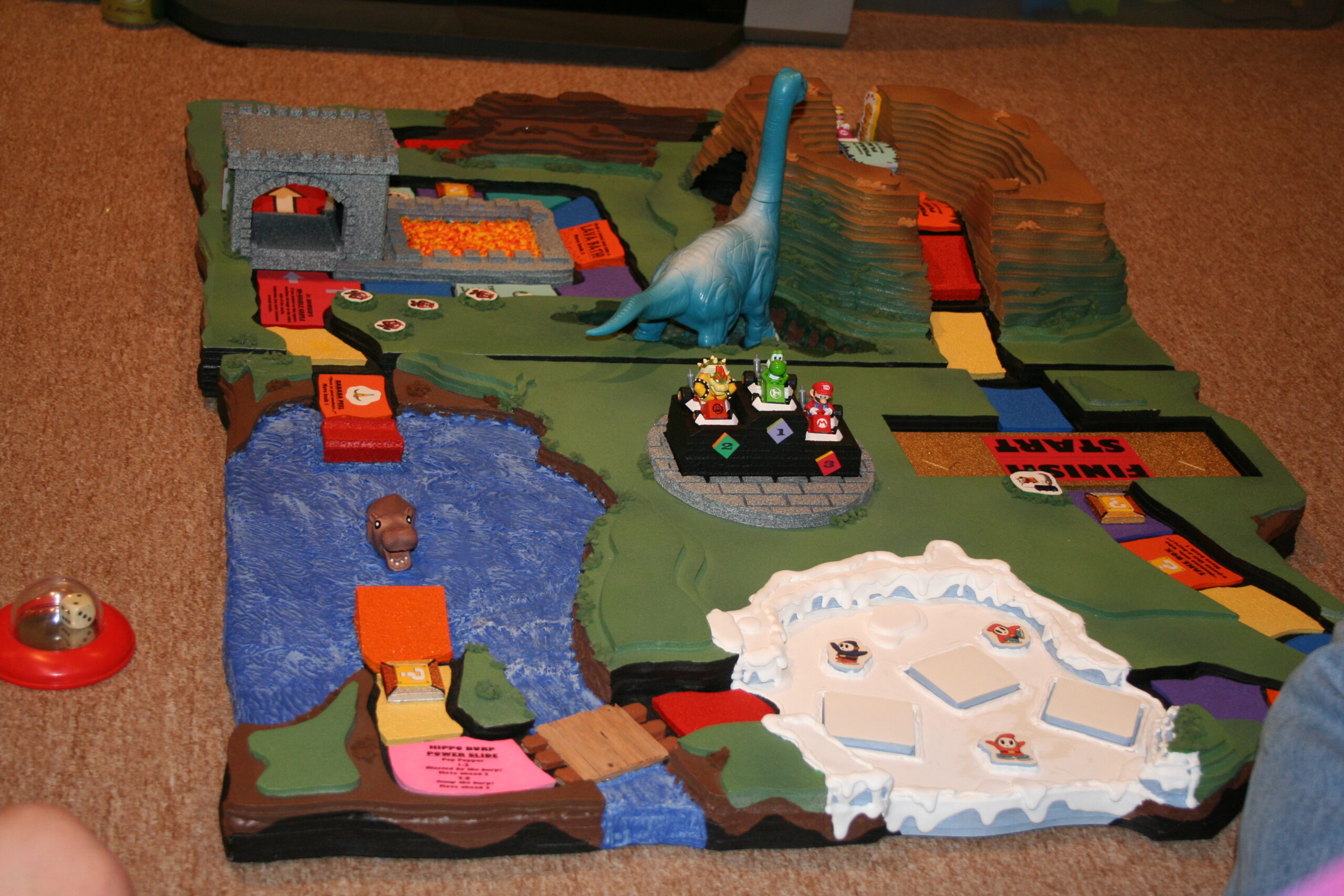 Sadly, Pat had a habit of going in and out of people’s lives. He clearly dealt with some form of depression and he’d often spiral down and just not even respond for a few days, but then come back as energetic as ever. This time, however, it seems he never recovered from his spiral and he sadly is gone.

This world has lost another truly creative soul. I hope you’re finally at peace, Pat. You certainly deserve it. 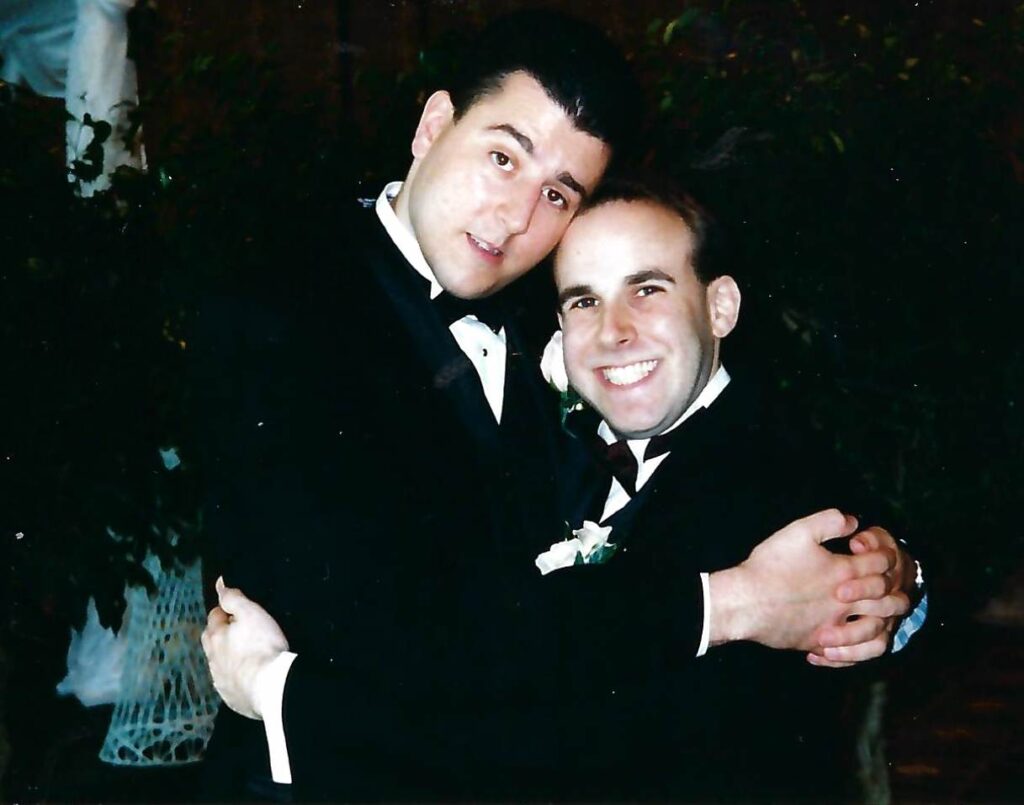 Yeah, depression sucks. It’s a serious challenge to overcome and you can feel completely helpless as it swallows you whole. If you’re feeling lost and alone and can’t see a way out, PLEASE visit the Suicide Hotline or give them a call at 1-800-273-8255. There is always somebody out there to listen. And there is always someone out there who cares about you and loves you, even if you don’t quite see it.

Now, I may never get a chance to speak to Pat again, but I can relive some of my favorite memories right here…

When we all lived together, we put on an annual Wizard Halloween Party. Pat would always go way way way out there not just in making a costume but in decorating the house, complete with fake bodies (made of chicken wire with clothes on top) under the cars or bushes. We’d have “bobbing for stuff” which was a huge tub of Ecto Cooler Kool-Aid and… well… stuff like plastic army men to bob for.

Pat, Allie and I once went hiking in upstate NY to the Ice Caves in Sam’s Point in Ellenville. It was a tough hike up but walking through the ice caves was amazing. Except… the second we started walking back, the sky opened up and poured for a good 10 to 15 minutes. I have never been so soaked in my entire life. We got in the car, drove to a nearby Target and bought a complete change of clothes.

Growing up Irish (and most likely Catholic), Pat was always curious about the Jewish holidays we celebrated. So one year, Allie and I threw a small Passover seder for Pat and a few other friends. It was actually a hoot reading through the Haggadah and getting everyone to pitch in throughout the seder.

In one of our older houses, we replaced our metal bannister with a beautiful new wooden one. Except, it wasn’t stained. So I sent Allie and the kids away for a night, while Pat and I blasted music (I still remember the Killers’ “Mr. Brightside” playing every hour on the radio) and stained the entire bannister. Twice. It was exhausting and it stunk. And late at night we went downstairs, and started watching Lord of the Rings: The Fellowship of The Ring on TV. And then we both passed out on the couch together for a few hours, waking up a bit confused.

Pat helped out with another home project I’ll never forget. We had a decorative well in the middle of our lawn for some reason. It was old and falling apart. He helped me destroy it, smashing it with sledge hammers. Except, the base was solid concrete. So we rented a jackhammer from Home Depot and went to town destroying that slab. My arms are still sore from using that thing.

You can’t mention Pat without talking about the most evil, hellspawn of a cat ever: Pee Wee Soup the Kitty! A beautiful black cat, Pee Wee was a runt, and she sure made up for it. She’d purr and love you up one second, only to literally chomp down on your arm the next second. She was a horror movie come to life. And she did it to everyone, even Pat. Near the end of her life, her kidneys were having issues so he had to give her an IV daily. I remember helping him out one week while he was on vacation, and let me tell you, I barely survived one week of sticking a needle into that cat. I can’t imagine how Pat could do it for many months on end. But he loved that cat, and all cats for that matter. 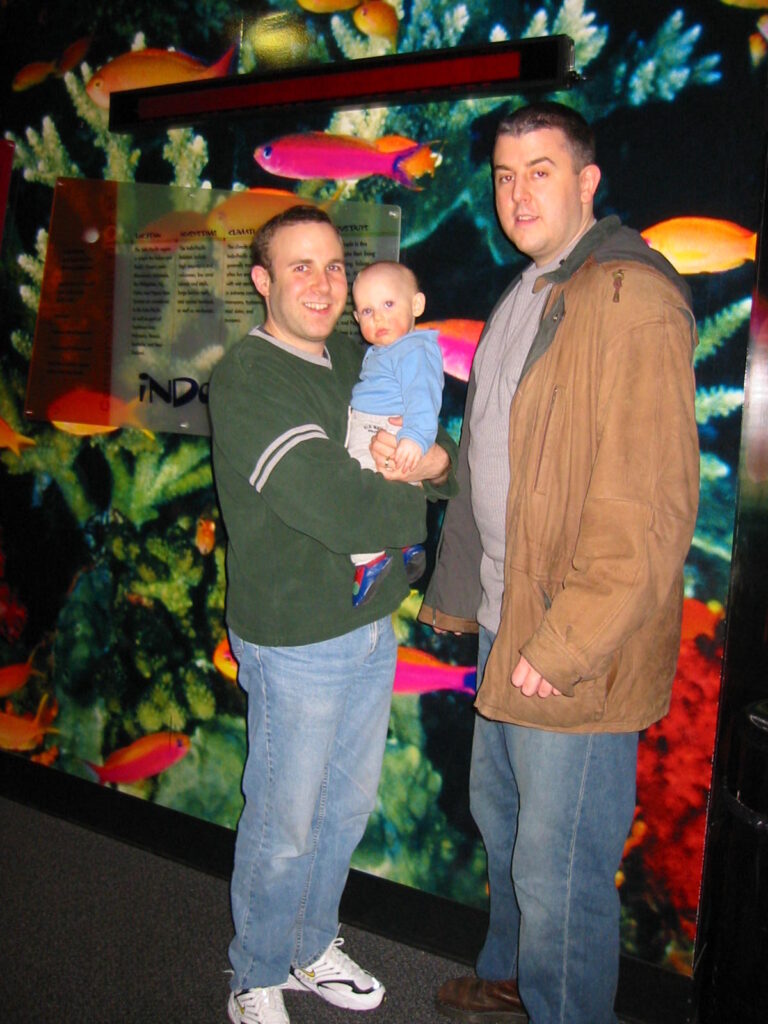 When Jason was about 18 months old, we took him on his first road trip to Philadelphia and naturally Pat joined us for moral support. We had a blast at the Children’s Museum but what I remember most is Allie and I not expecting to get any sleep. So the first night around 9 pm, we put Jason in the Pack N Play, I shut the lights and snuck next door to Pat’s room where we proceeded to order and devour a few Philly Cheesesteaks. Needless to say, Allie was not amused the next morning when she found out.

And last but not least, no matter what, you can’t talk about Pat McCallum without mentioning the epitome of five star restaurants: White Castle. We made many a “White Castle run” together for lunch or late night snacks. Always regretting it a few hours later but never being deterred from heading back again.

Those are just a few of my favorite Pat memories off the top of my head. I know about a dozen or two more will cross my mind as I fall asleep tonight. But I wanted to share those here so I could always remember them, but also to give all of Pat’s friends and coworkers a chance to share their favorite memories with him.

Please share your funniest, sweetest, scariest, most ludicrous Pat stories in the comments below. At least this way we can all help keep his memory alive.

UPDATE: I’ve since set up a GoFundMe page for the Hudson Valley Humane Society in honor of Pat, who was a massive lover of cats. If you’d like to donate or help spread the word, please visit the Pat’s for Cats fundraiser. Thank you.

22 thoughts on “The Pat McCallum You Never Knew”