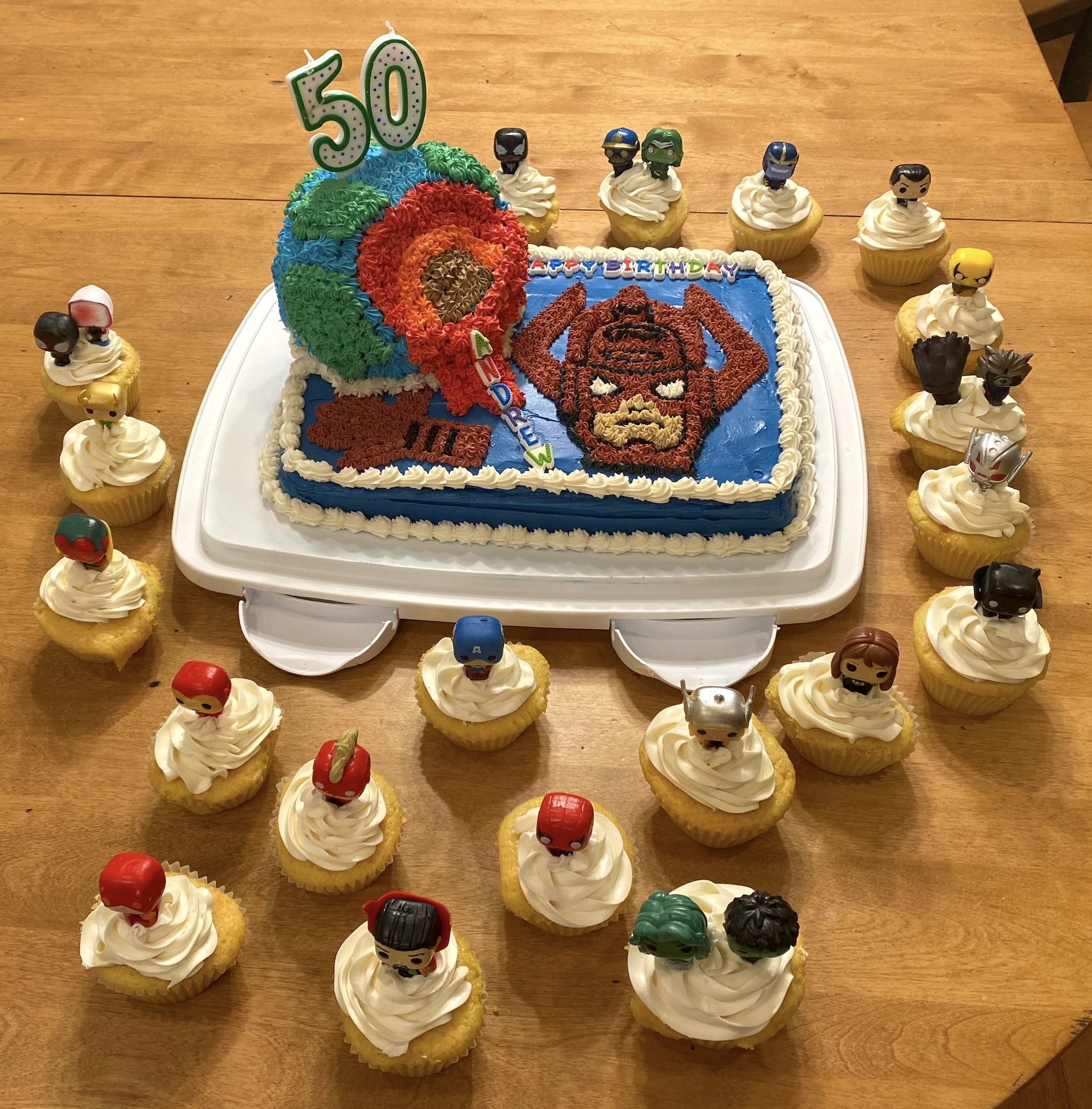 For the past decade, my wife has been preparing for my 50th birthday. No, not in regards to a big present. Uh uh. She wanted to know what special kind of birthday cake I wanted to celebrate half a century. For years, I’ve told her: a Galactus Cake.

In the comics, Galactus is a massive, planet-eating (no, really!) being who’s tried to munch on the Earth countless times, only to be thwarted by the Fantastic Four, Avengers and pretty much every Marvel Comics character. He’s huge. He’s cosmic. He’s insanely powerful. And yes, he wears a ridiculous purple outfit.

Allie’s already surprised me over the years with some pretty insanely amazing cakes. Like this Fozzie Bear one. 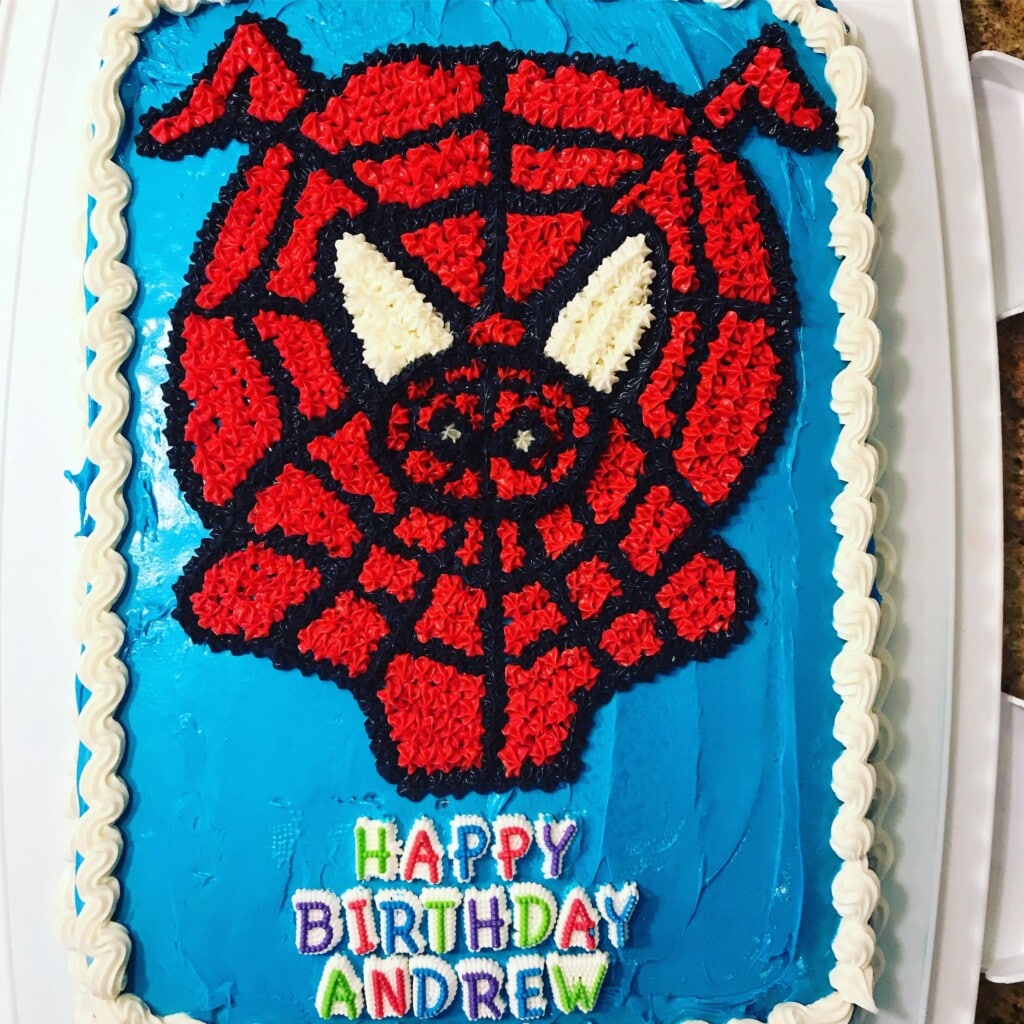 Or even one of my favorite Muppets… Beaker! 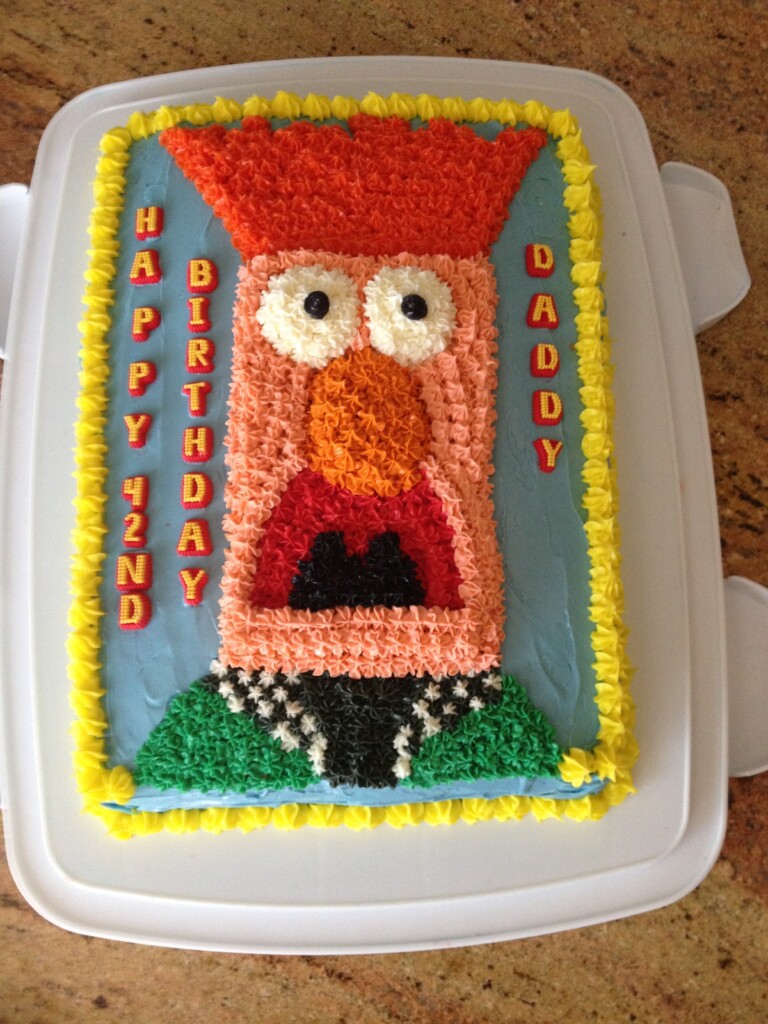 She’s created some killer cakes for everyone in the family actually. Like this Swamp Thing cake for Jason! 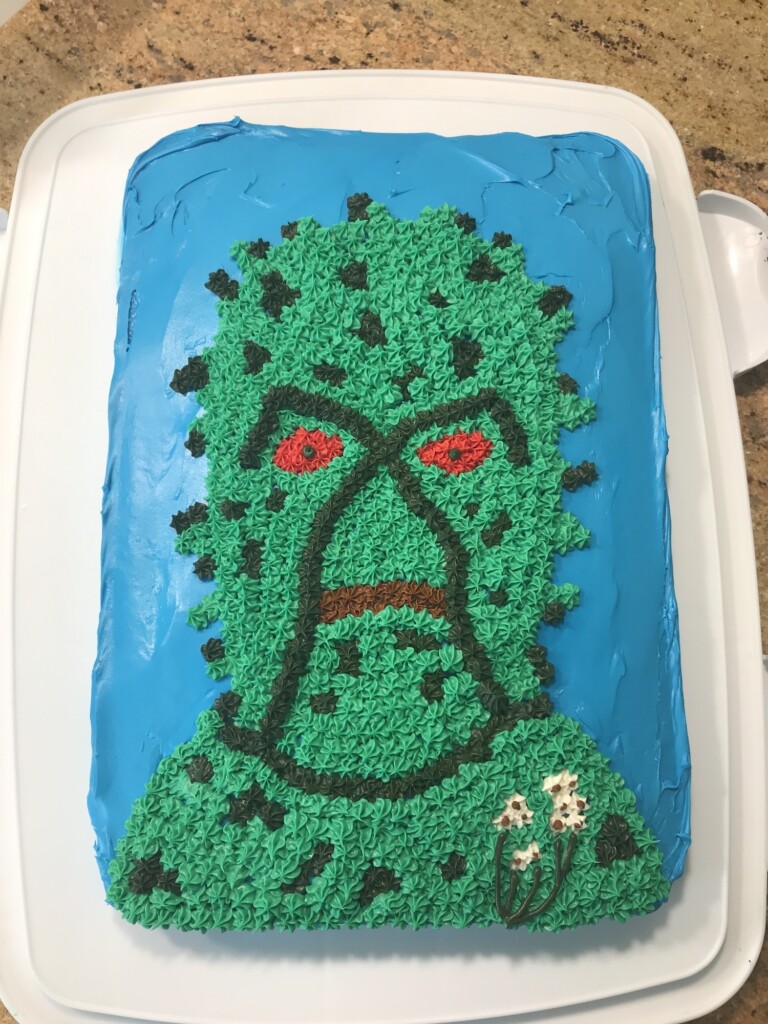 Or this Goofy cake for my mom… 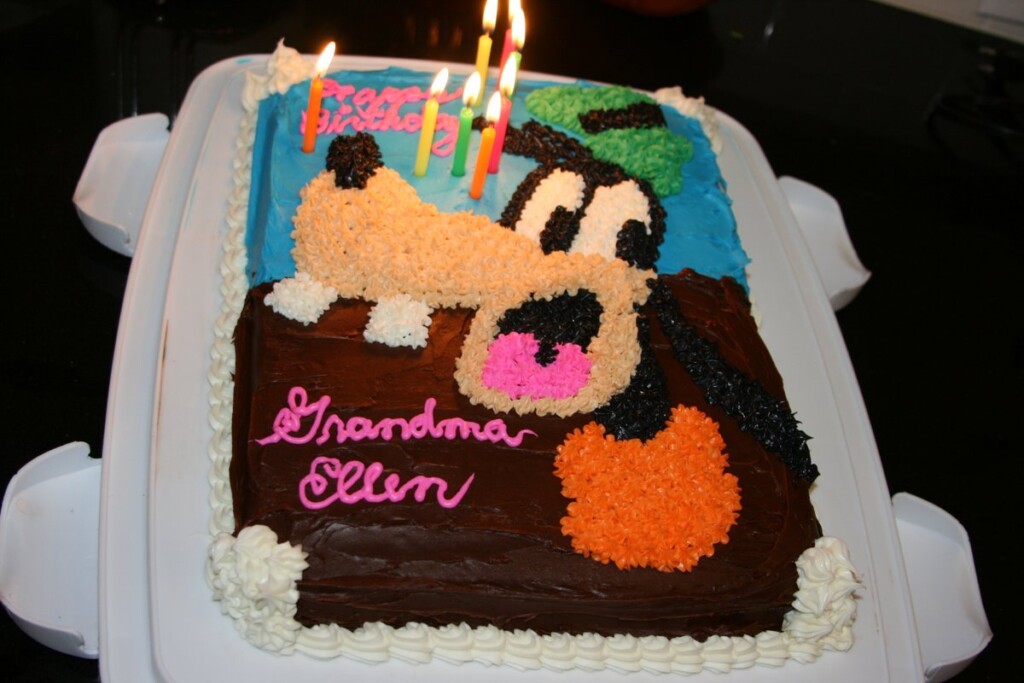 Yeah, my wife’s pretty darn talented and does it all freehand with a lot of piping bags, food coloring and Pillsbury frosting. So when I keep telling her I want a Galactus cake for my 50th, I’m not kidding.

I’ve told her I want it proportionate so it should be made up of like 4 or 5 cakes, and then have a slew of superhero cookies all around fighting to defend the Earth. That’s been my pitch for years.

And her response has always been… eyeroll.

So this year, I hit the Big 5-0. And I literally had no idea what kind of cake Allie was making. She brought me blindfolded into the kitchen, sat me down and then proceeded to tell me to open my eyes.

And what I saw was… 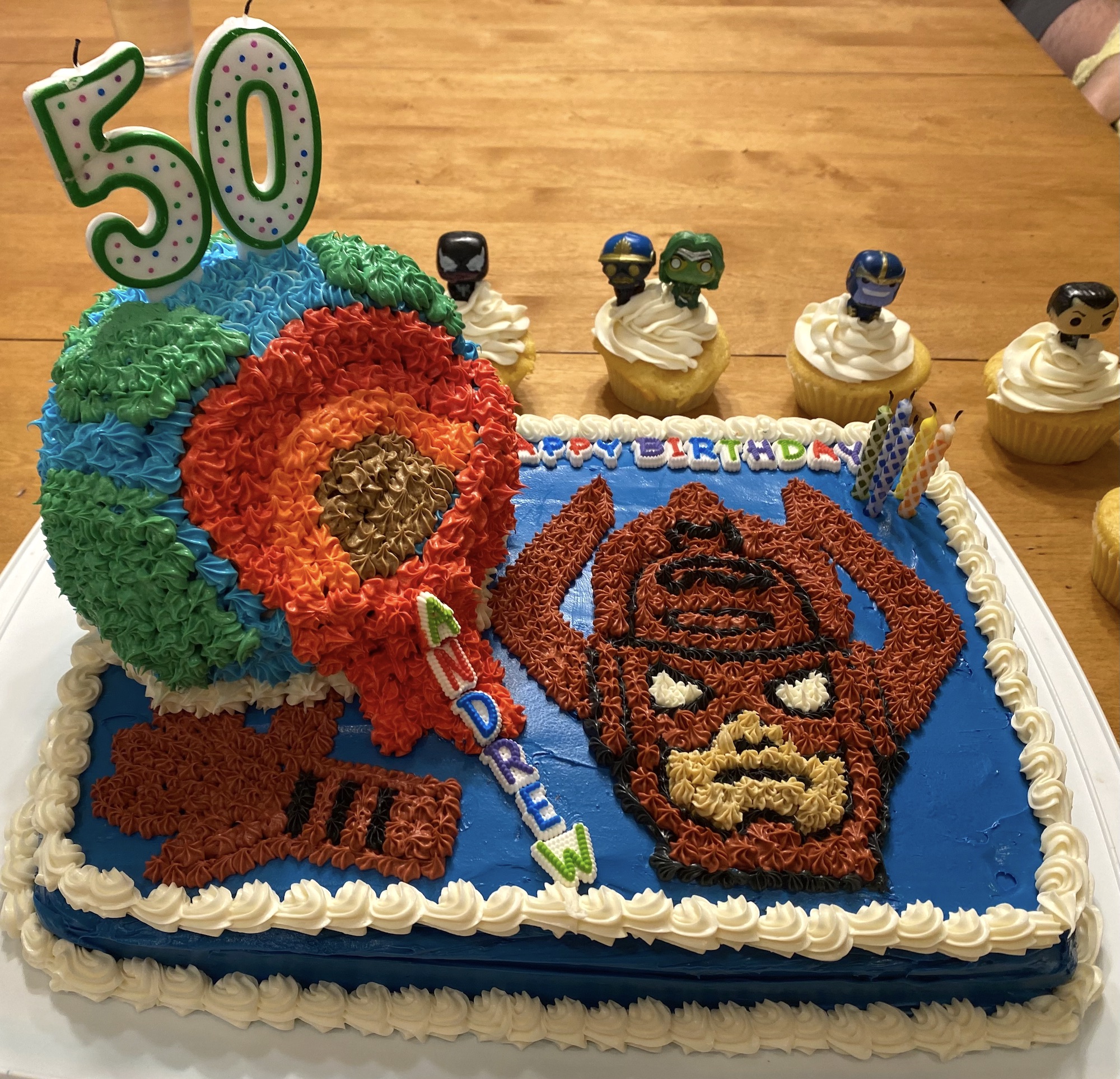 Fire. Just lots of lots of flaming candles. That’s what happens when you get older; you get more candles on the cake.

Once my eyes adjusted, I quickly saw this blue and green circle thing and was a bit confused.

Then I shifted my gaze to the right and saw him.

The Devourer of Worlds.

The planet-eating Galactus was staring back at me on my dining room table.

Yes, Allie had really made me a Galactus cake for my birthday!

But being the crazy creative person she is, she also made a spherical Earth cake that had a big chunk bitten out of it, with all the magma pouring out. (That was the blue and green sphere I first saw.) 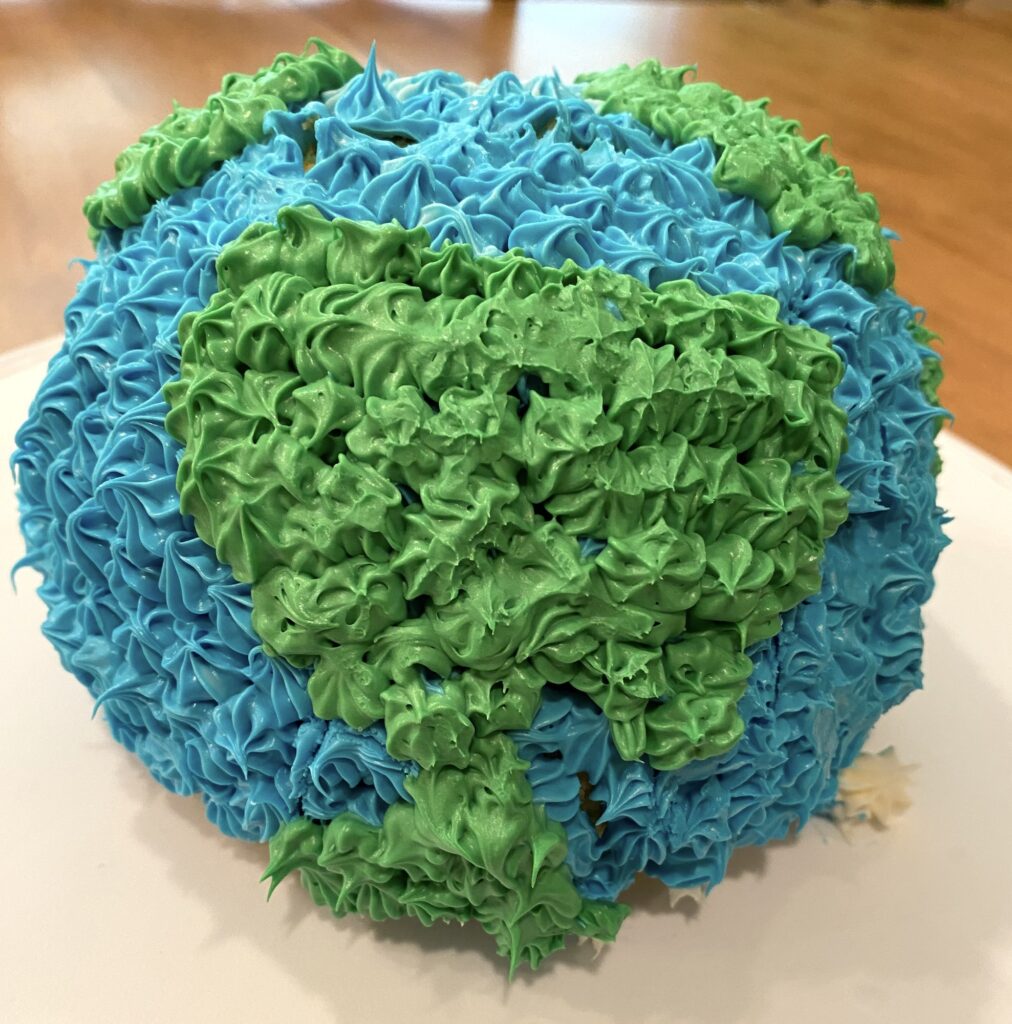 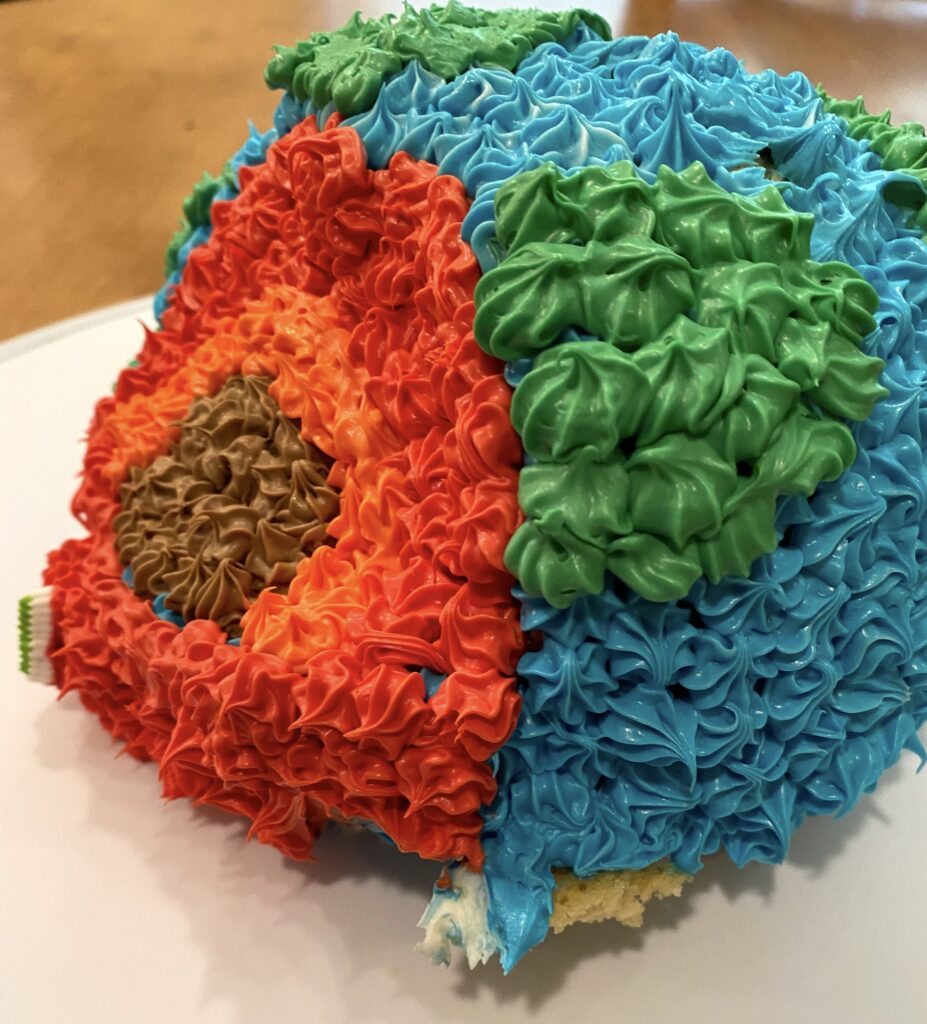 I was seriously impressed.

Then I looked further at the table and saw dozens of frosted cupcakes. Each with a tiny Pop Vinyl minifig on it. All my favorites were there. Captain America. Thor. Hulk. Iron Man. Dr. Strange. Heck even some baddies like Loki and Ultron were there.

So no, she hadn’t made me superhero cookies to fight the Galactus cake. She did one better! 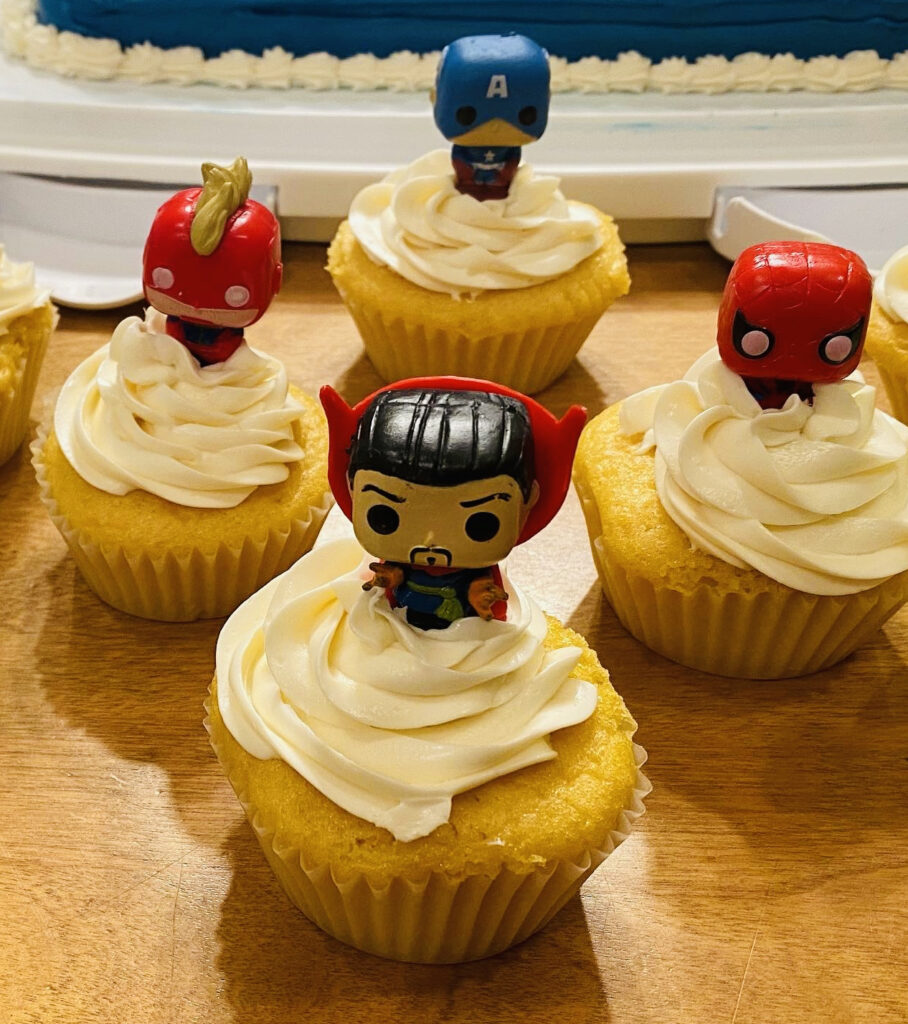 These little guys are just adorable and after eating the entire cake and cupcakes, I get to keep them too!

I can’t thank Allie enough for making me one of the coolest cakes ever. And probably one of the few Galactus cakes ever made, to be fair. 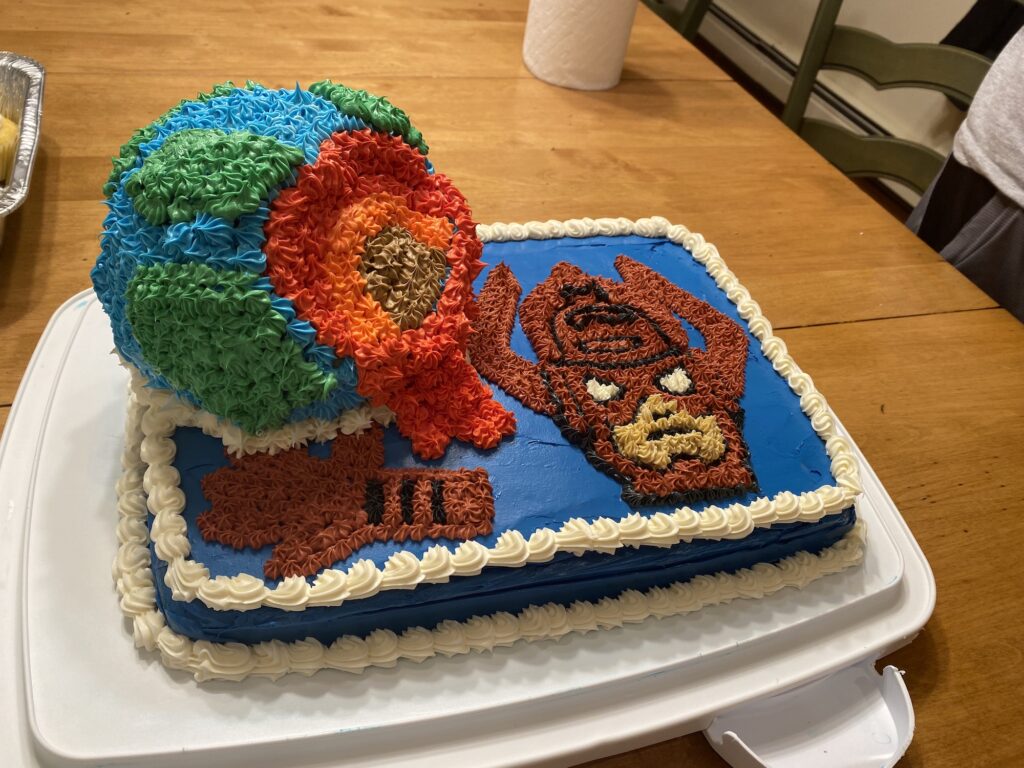 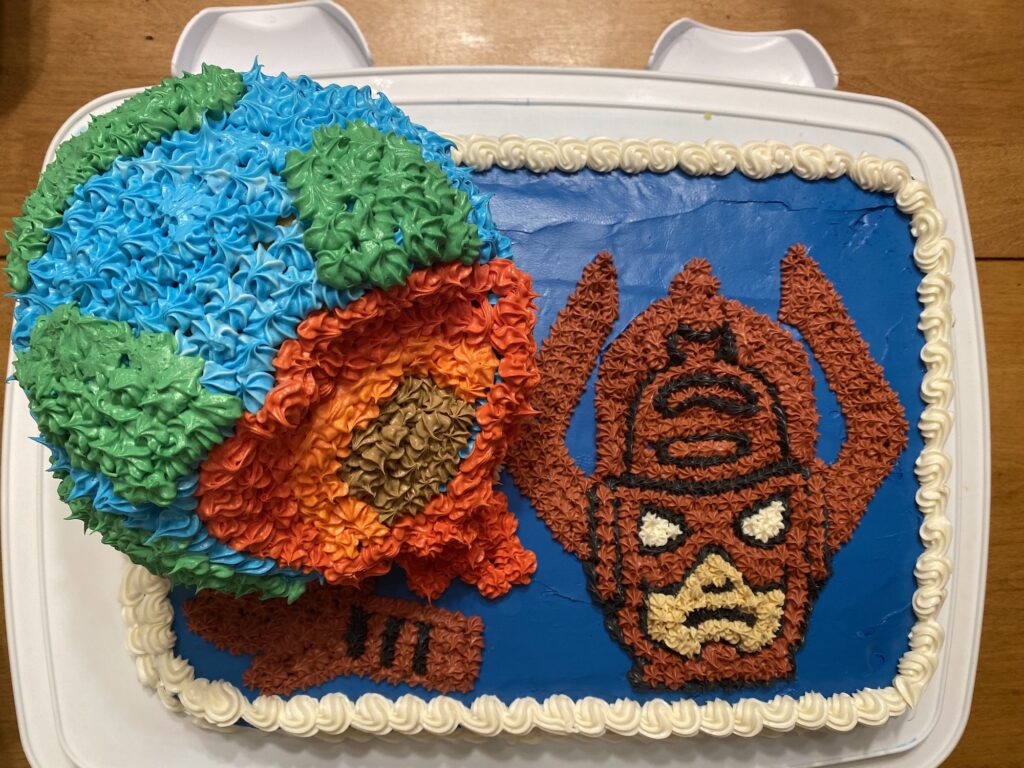 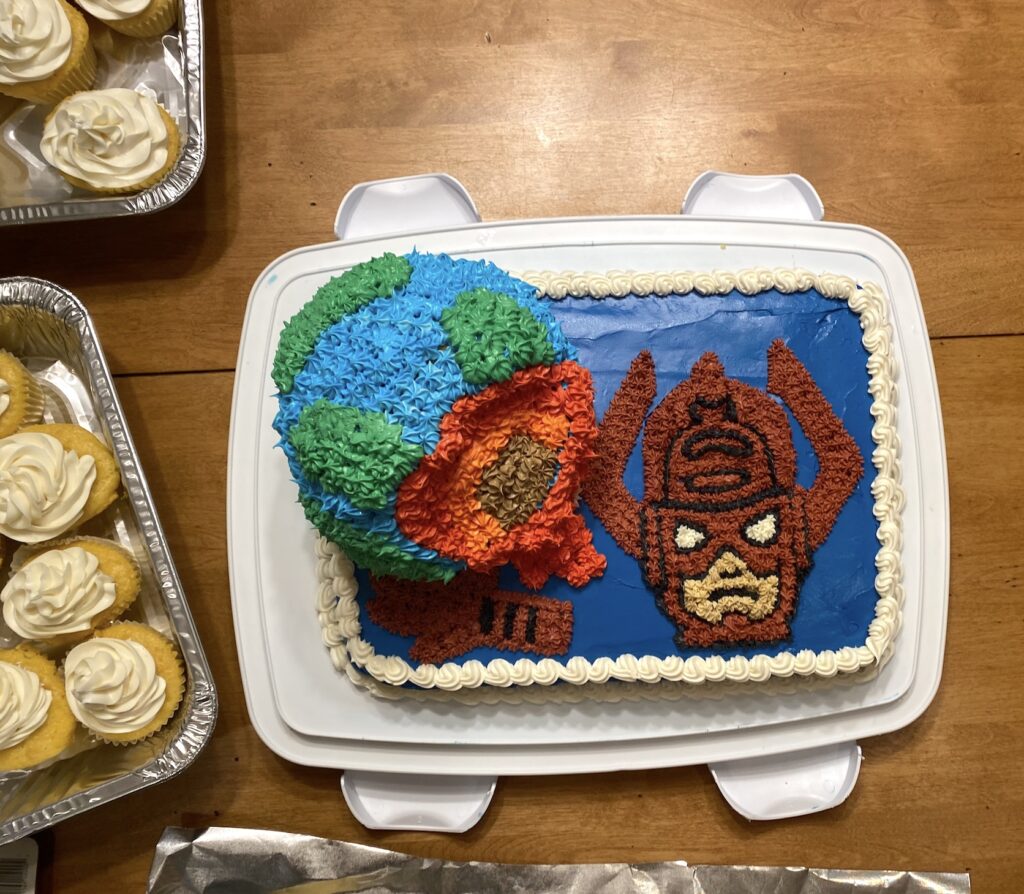