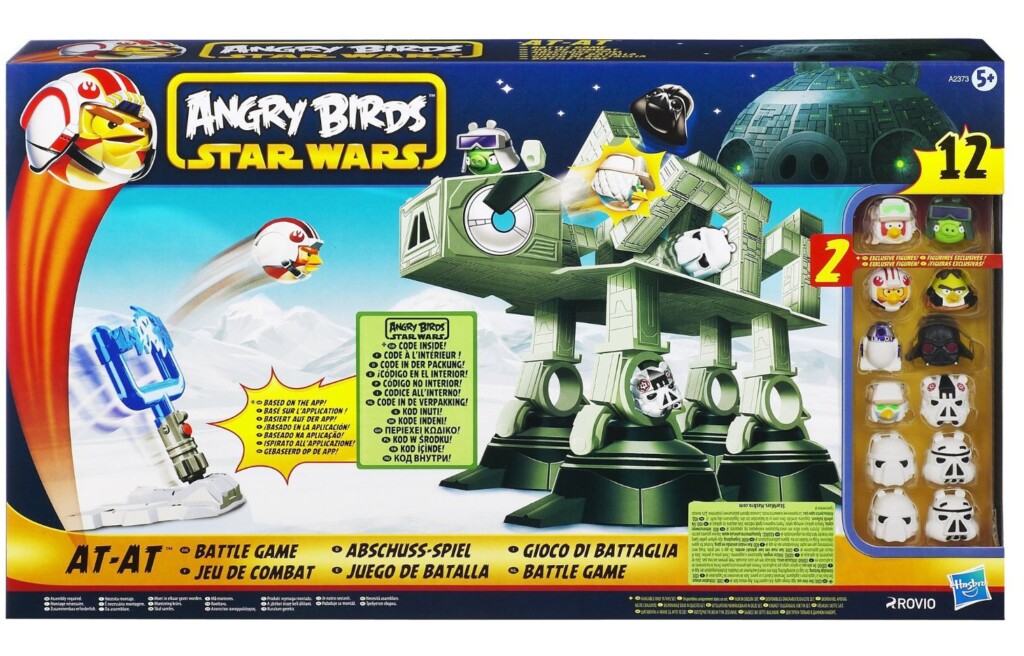 Reese’s had its chocolate and its peanut butter. And it was good. Heck, it’s STILL good. Especially in the freezer. Drooooool. And now Roxio and Lucas have their Angry Birds and their Star Wars. And fans have Angry Birds Star Wars!

How can you not fall in love with a Darth Vader pig? No, seriously? How??? Apparently the power of the Dark Side is pure cuteness.

Hasbro’s always sending me loads of great toys and games to test out and this time around I just couldn’t wait to get my hands on their Angry Birds Star Wars games! I previewed these many Endor Moons ago at a Hasbro party. I remember staring at the AT-AT for hours, fantasizing about playing with it back at home with a Luke Skywalker Angry Bird. Oh, sorry. TMI?

I grabbed my two kids and got down to playing… er, play testing! 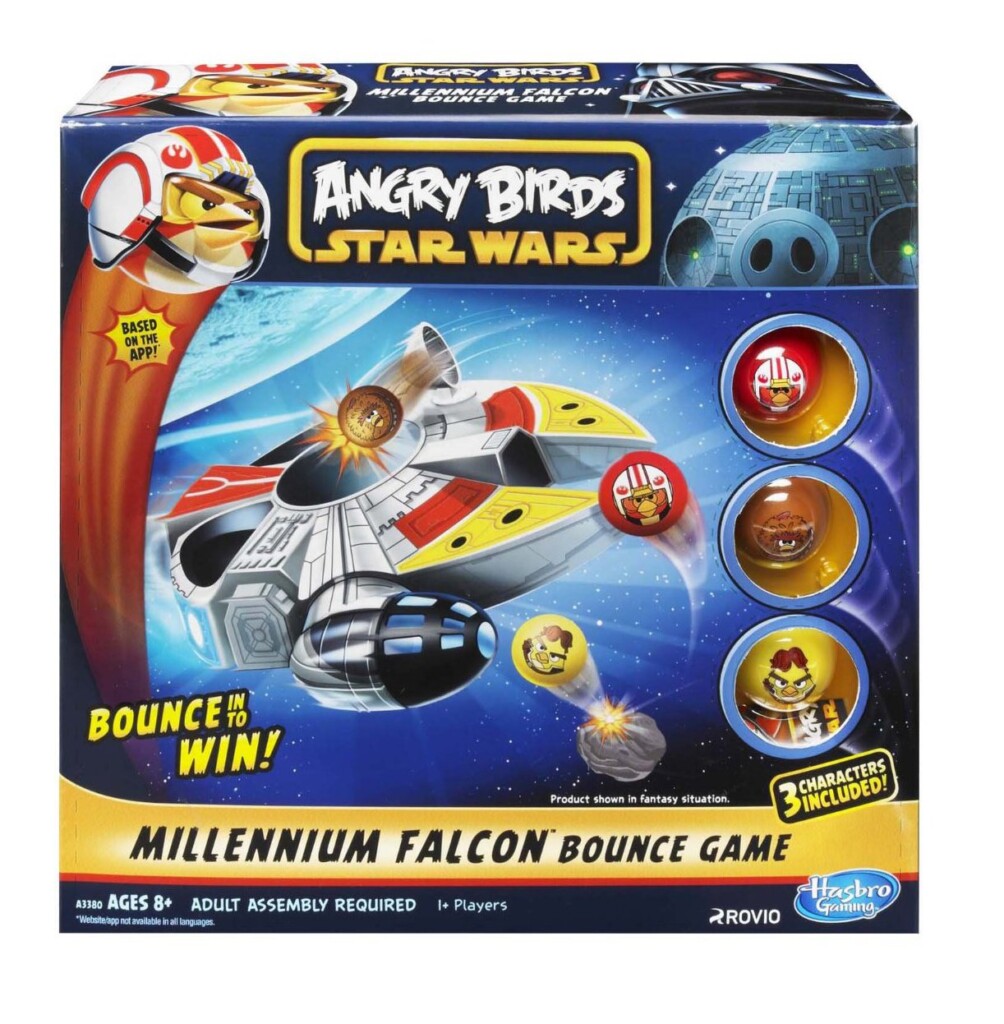 First up was the Millennium Falcon Bounce Game. Setup was pretty easy on this one. Slap on some stickers, pop out a few cardboard pieces and assemble. Not much more to it. This is a pretty straight forward game.

You have 3 colorful ping pong balls with our friendly Angry Bird Heroes on them. The object is to bounce the ping pong balls into certain slots on the Millennium Falcon. You get different points for knocking over some of the bad guys and for landing in various areas. 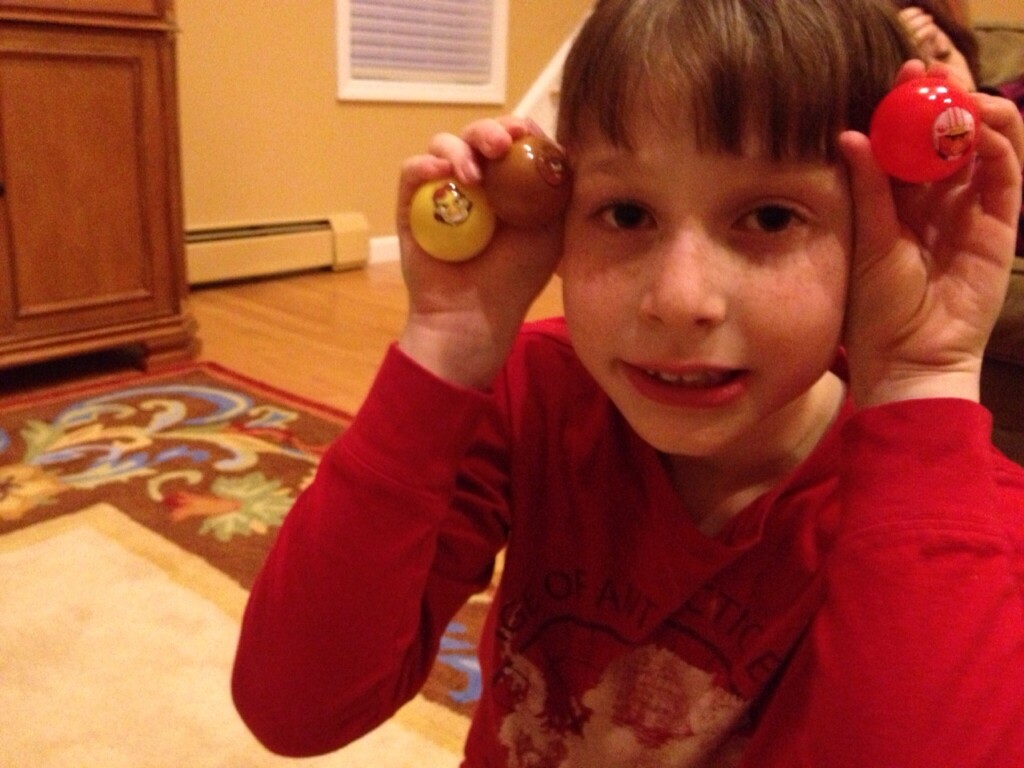 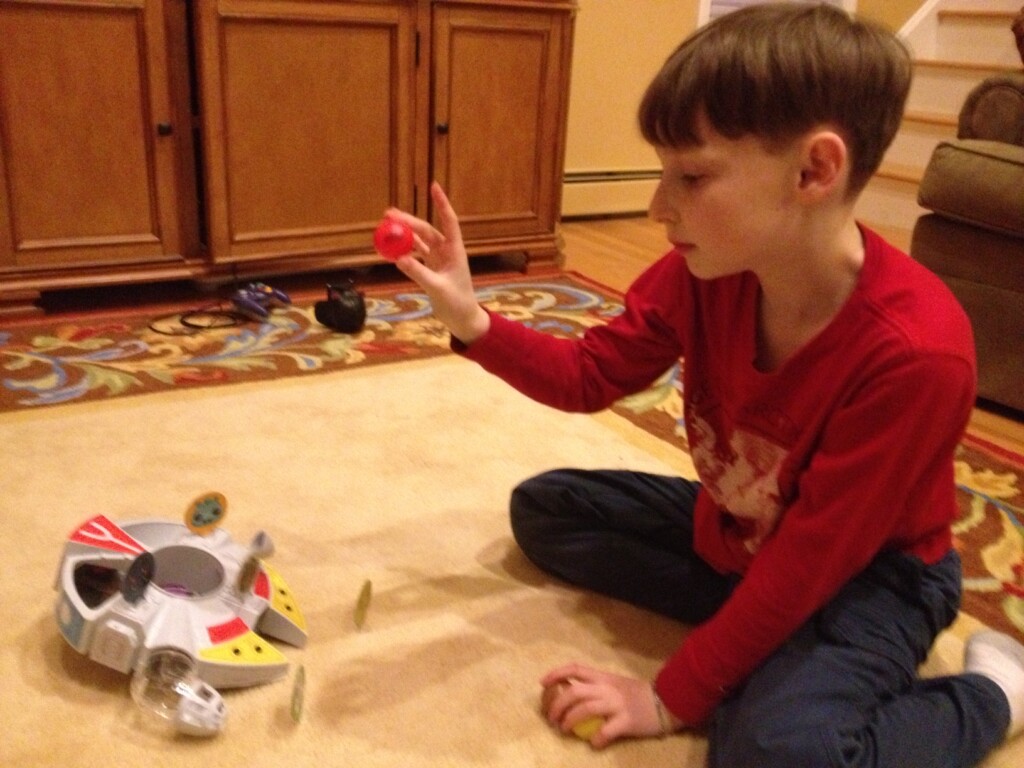 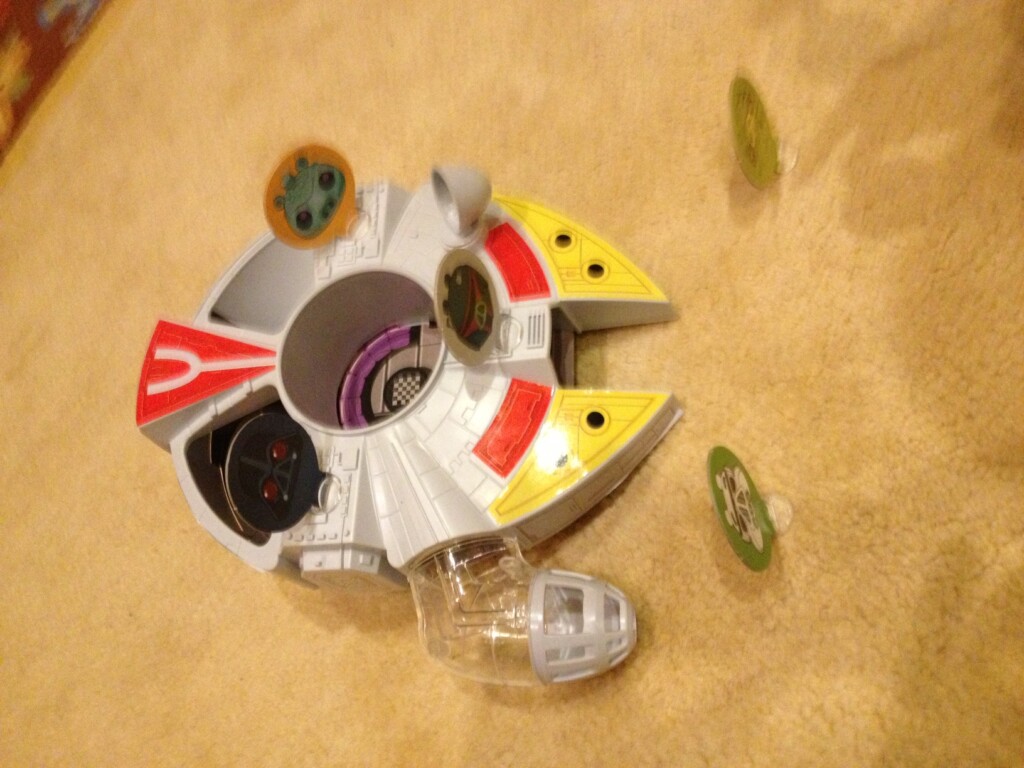 While there’s not much to this game, it is both adorable ( I so wish I had a ping pong table so I could play using these balls!) and fun for a bit. I can see playing with some friends and possibly getting into a good tournament type game where you try different tricks, different angles and distances, etc. to see who can score the most points. It’s certainly a unique attempt at a new style of game.

Next, we dove into the AT-AT Attack Battle game. If you didn’t know, the AT-AT is my toy holy grail. It’s the one item I was denied as a child, despite my relentless whining and begging. I only recently stopped complaining to my mom about it when she bought me the motorized Lego AT-AT a few years ago and more than made up for it.

So anything related to the AT-AT is already a win in my book! An AT-AT that looks like a giant pig? Double bonus time!

This one is similar to other Hasbro Angry Birds games where you catapult little Star Wars birds at an AT-AT made up of Tetris-like blocks. Your goal is to knock over the blocks and the Darth Vader and Storm Trooper pig figures that are placed on top of them.

I love these games because they’re a bit of a challenge. Each bird has a different feel/weight to them so they don’t all fly the same. Sometimes you launch them too far, sometimes too near. Again, it’s a pretty simple game, but this one I can see going on for awhile.

It was a bit of a challenge initially setting this up (you have to balance the blocks on the AT-AT), but I think it was extra difficult thanks to the fact I was doing it on a carpet. 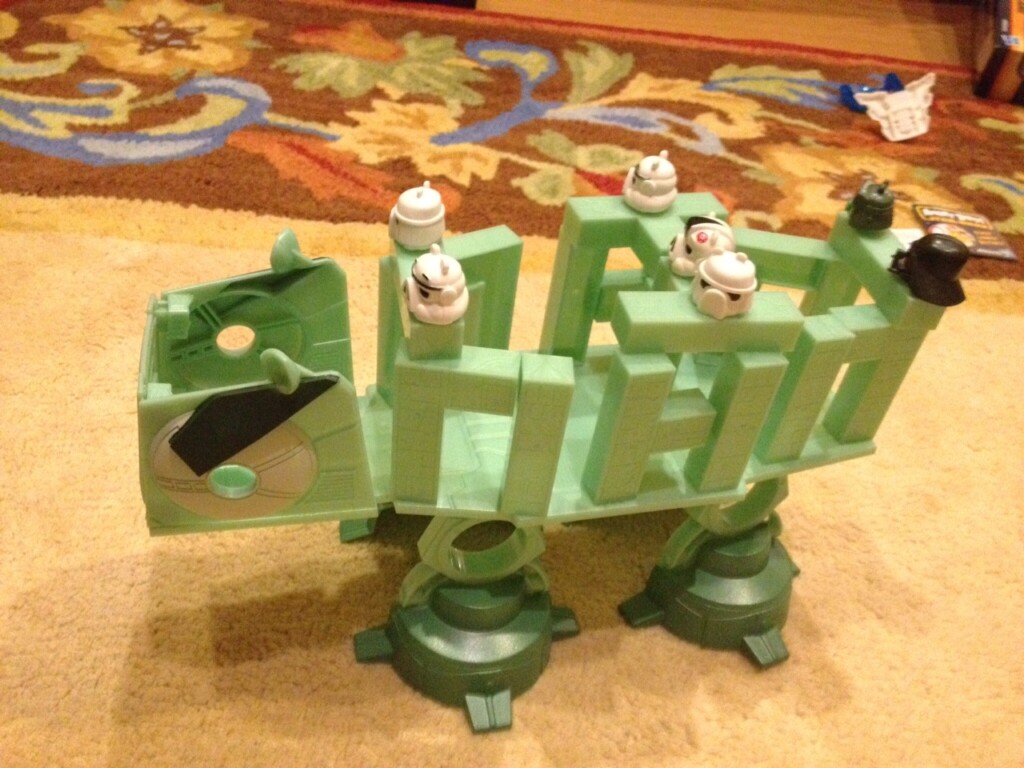 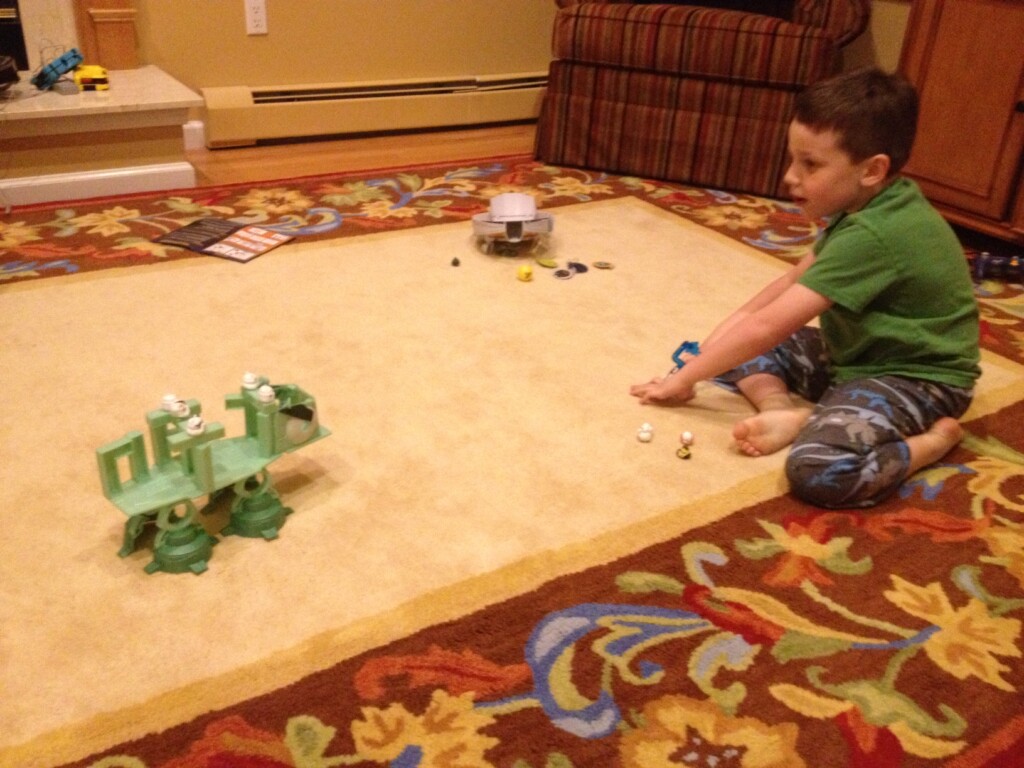 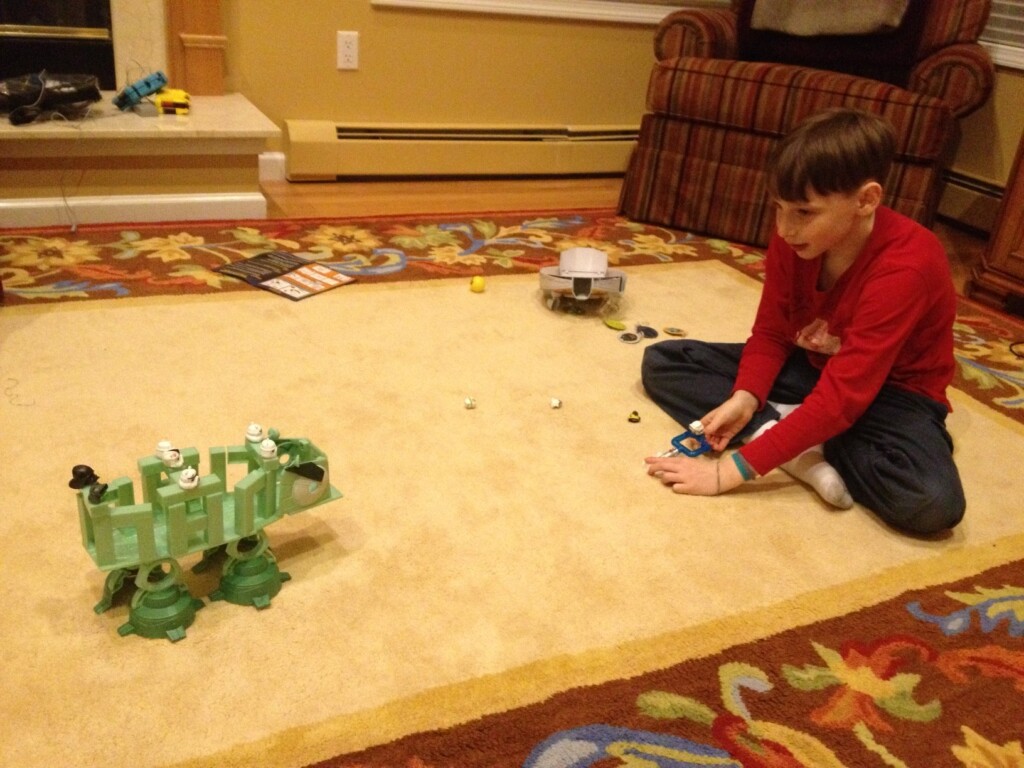 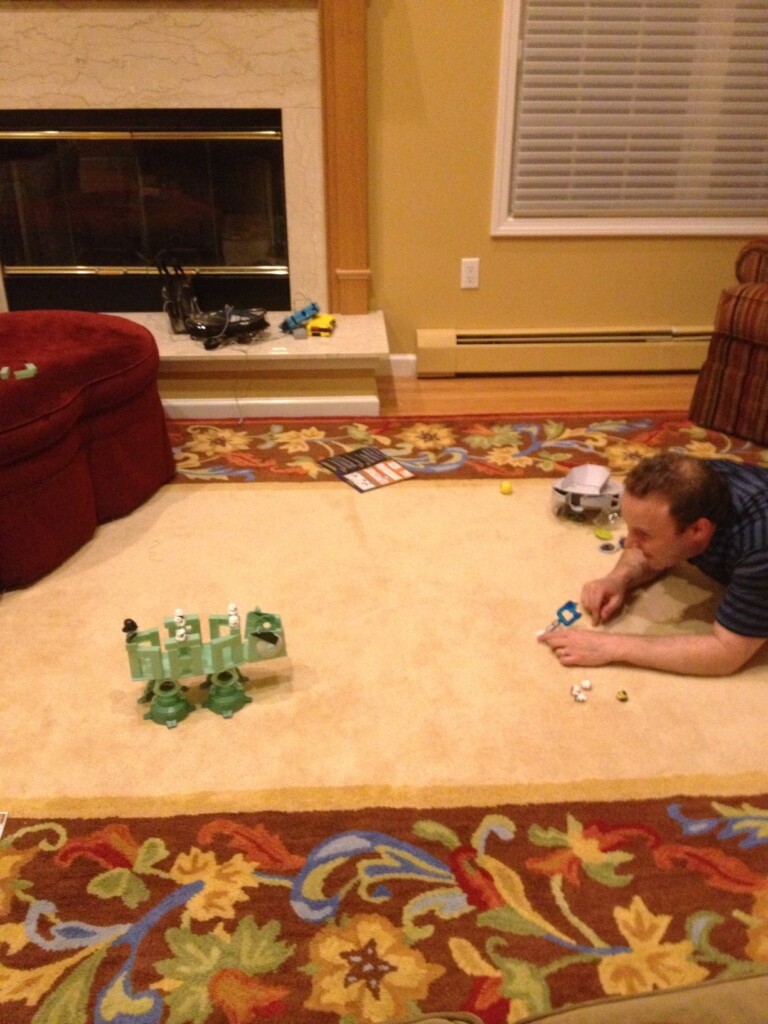 The AT-AT was a big hit (well, for everyone but me, I kept missing horribly) and it will definitely see a lot of action in our house. Hopefully the kids will get to play with it too.

You can find all of Hasbro’s Angry Birds Star Wars products at your local toy stores right now. And be sure to stock up for this Saturday which happens to be Star Wars Day! What, you didn’t know that May the 4th (May the Force) is Star Wars Day? Well consider yourself schooled!

Giveaway ends on May 8, 2013 at 11:59 p.m. The 1 winner will be chosen at random and announced on this site. Giveaway is open only to legal residents of the fifty (50) United States (including District of Columbia), who are at least eighteen (18) years old at the time of entry. The 1 Winner will be notified by email and has 48 hours to respond or a new winner will be chosen.

I received the featured products in exchange for my honest opinions. The thoughts and opinions expressed in this post are my own and in no way were influenced by the company providing the products.