The mere fact that goofball actress Melissa McCarthy is even in a movie with action thriller guy Jason Statham is just nuts. In SPY, Melissa plays a desk-bound CIA analyst named Susan Cooper who sets out to become the world’s newest and craziest secret weapon.

Yeah, this is the woman who… well, did “stuff” in the over-the-top comedy Bridesmaids and now she’s tasked with going deep undercover to bring down some seriously deadly arms dealers. All because some other top agents like Jude Law and Jason Statham get compromised.

If you missed SPY in theaters (or simply can’t wait to watch it again), you’re in luck. The comedy’s now available on Blu-ray/DVD, including an unrated version, chock full of special features!

Allie and I didn’t catch this one in theaters but I know we wanted to, so we can’t wait to watch our review copy! In the meantime, the friendly folks over at Fox Home Entertainment are letting one of my lucky readers win their very own copy! 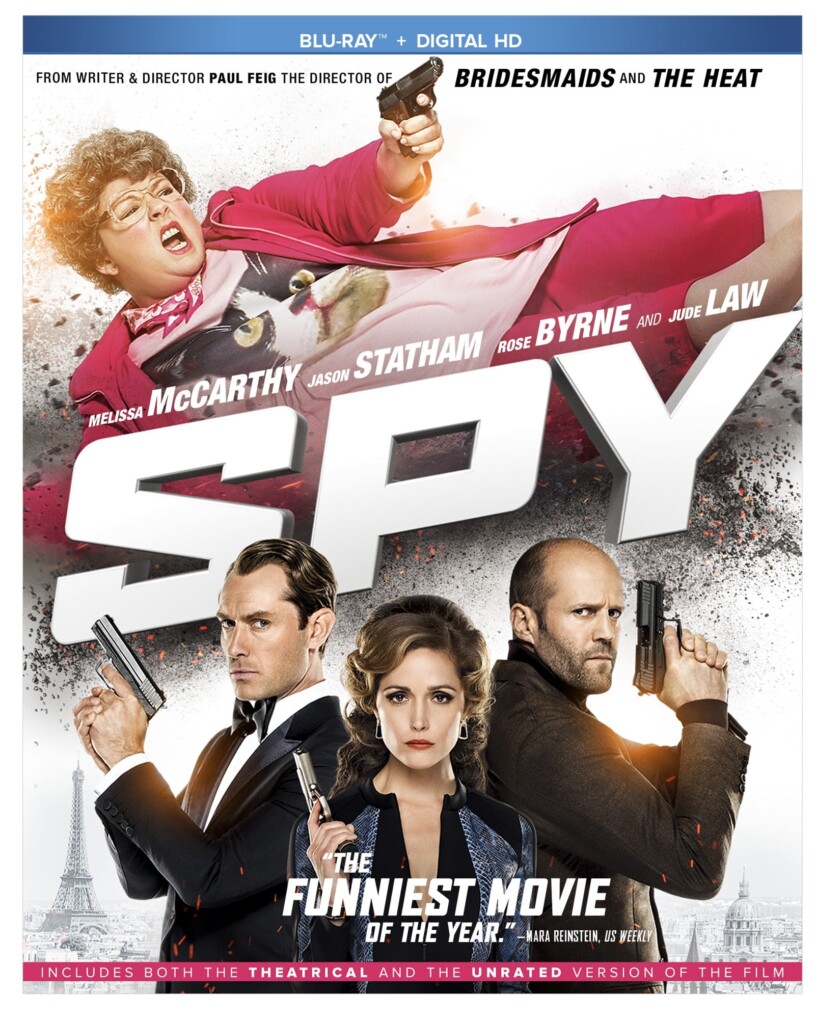 Giveaway ends on October 26, 2015 at 11:59 p.m. ET. The 1 winner will be chosen at random and announced on this site. Giveaway is open only to legal residents of the fifty (50) United States (including District of Columbia) and Canada, who are at least eighteen (18) years old at the time of entry. The 1 Winner will be notified by email and have 48 hours to respond or a new winner will be chosen.