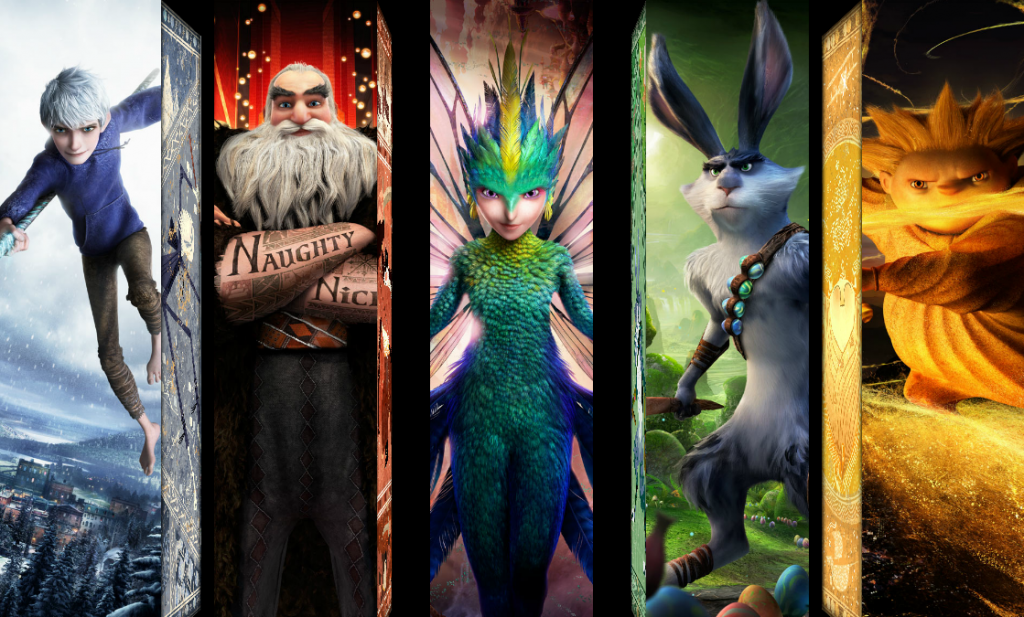 I remember seeing the movie trailer for DreamWorks’ animated Rise of the Guardians months ago. I liked the premise and the animation looked real solid. But my family never got around to seeing it.

Maybe because my kids were ambivalent towards it. Maybe because it starred Santa Claus and the Easter Bunny, two characters from holidays we just don’t celebrate. (Although they make for way more exciting cartoons than Passover and Hanukkah, let me tell ya!)

Recently, Rise of the Guardians hit store shelves on DVD and Blu-ray, giving folks like me a chance to see what all the fuss was about. When I was asked to review the film for Mommy’s Busy, I suddenly felt like a kid opening presents on Christmas morning. Or, at least, what I imagine that feels like.

I accepted the challenge and last week, my copy arrived. Perfect timing for the weekend. So we all snuggled up in our bed, popped the disc in the DVD player and lost ourselves in the magical animated world of Rise of the Guardians.

If you’re unfamiliar with the storyline, this animated tale unveils an epic adventure that sees classic childhood heroes like Santa Claus, the Easter Bunny, Sandman and the Tooth Fairy unite to form the Guardians, protectors of children everywhere.

Things get a bit wonky when Jack Frost is selected to join the group, just as an ancient enemy reappears to threaten the very existence of every one of the Guardians.

My kids didn’t complain once during the entire movie, which alone speaks volumes. They definitely enjoyed it, but honestly, I think my wife and I liked it more than my boys. It really was an entertaining story, with each character bringing something new to the table.

What really got me into it was the unique interpretation of the Guardians. Santa Claus was Santa, but not exactly as we’ve known him. Let’s just say he had an interesting accent, wielded two huge swords, and revealed who really makes all those toys at the North Pole.

At no point did the movie talk down to kids, which is why I think it delivered so well. It was exciting, suspenseful and even funny at times. I’d definitely love to see a sequel if they get around to it. And the movie was based on a book, which I hope to hunt down and read with my kids.

The Rise of the Guardians DVD also has a special promotion going on now with Chuck E Cheese’s. Inside select copies of the DVD or Blu-ray are special CEC coupons where you can get 100 tokens for just $20. (That’s like getting 25 tokens free.)

You can also check out the Chuck E Cheese’s Activity Page for an assortment of  Rise of the Guardians free printable activity sheets.

The fine folks over at Chuck E. Cheese’s want to help spread the Guardian cheer, so they’ve offered up 3 copies of Rise of the Guardians on DVD for my readers! Woot!

Win Rise of the Guardians on DVD 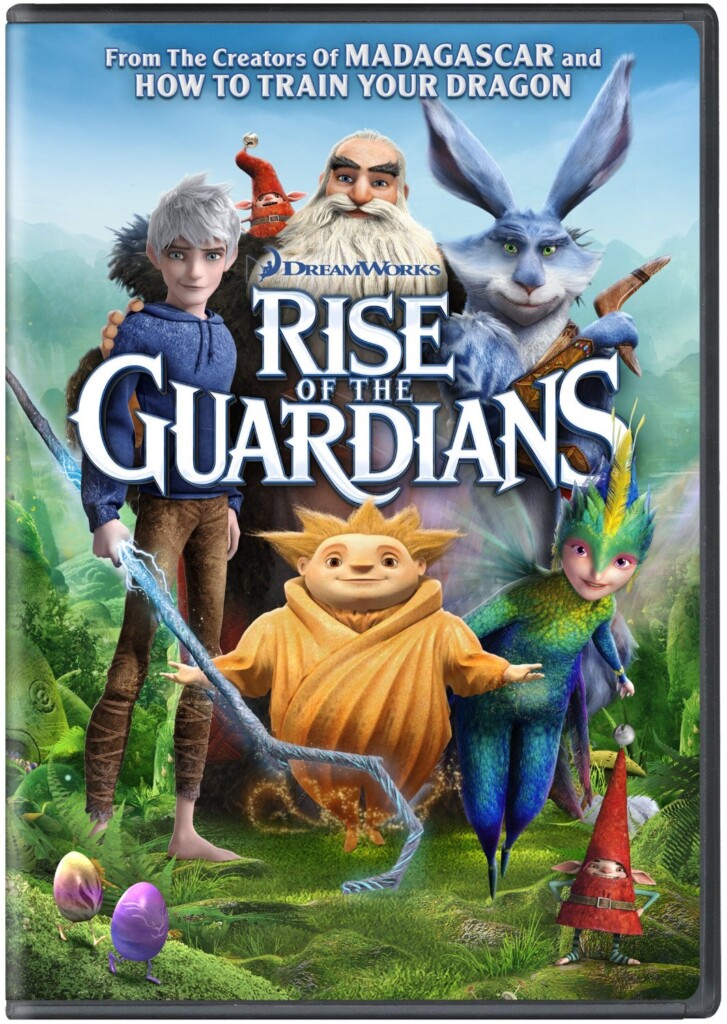 Giveaway ends on April 17, 2013 at 11:59 p.m. The 3 winners will be chosen at random and announced on this site. Giveaway is open only to legal residents of the fifty (50) United States (including District of Columbia), who are at least eighteen (18) years old at the time of entry. The 3 Winners will be notified by email and has 48 hours to respond or a new winner will be chosen.