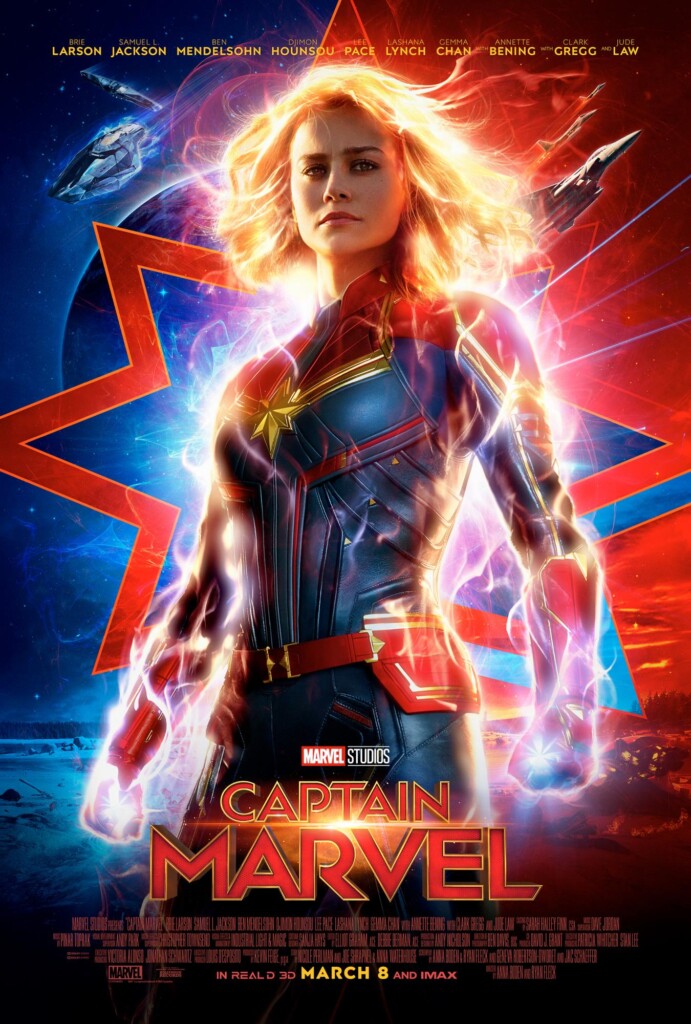 Let me say this right from the start. Captain Marvel is not a great female-lead superhero movie. It’s not a feminist-powered, man-bashing film either.

Captain Marvel is just an amazingly fun, great movie that happens to have a female lead. It’s sad that there even has to be a discussion or a distinction in gender these days when discussing things like entertainment. But apparently that’s where we are in society today.

I loved Captain Marvel. I thought it was a fantastic film that was yet again a very different type of Marvel movie much in the vein that Ant-Man and Guardians of the Galaxy were. It ties in beautifully with the entire scope and continuity of the Marvel Cinematic Universe, but it also builds its own little world of awesomeness.

Brie Larsen was spot-on perfect as Carol Danvers. She is Captain Marvel and I believed it the entire way through. She doesn’t just look the part, she breathes it. Tough-as-nails with a good side dose of humor, I loved seeing her fight her past as she uncovered her memories and embraced her destiny. Her powers are pretty impressive too and you just have to love her costume.

What else can I say about the latest Marvel movie to earn over $150 million domestically in its opening weekend? Yeah, Captain Marvel’s origin story is real unique, and it fills in some of the backstory of the Marvel Universe overall, bringing you right up to this summer’s Avengers: End Game. (Don’t worry, no spoilers here!)

There’s also the Kree and Skrull races, two long-time foes in the Marvel Comics continuity and they both look and act sooo cool. And yeah, there’s also a really young Nick Fury and Agent Coulson, who are always a joy to see together.

Oh, plus the ’90s references like Blockbuster Video and a rockin’ soundtrack that definitely would not have been complete without some Nirvana.

Unfortunately there’s also been a lot of political backlash around this film, including a ridiculous sabotaging of ratings on Rotten Tomatoes. I don’t get it. I honestly and truly do not.

I’m a guy and I loved this movie. My wife absolutely loved it. And my two teenage boys? Yeah, they loved it too and we all couldn’t stop talking about all sorts of things from the movie (including the cat Goose!) as we chatted over a sushi dinner afterwards.

Yes, I completely understand how a strong female lead can empower and inspire little girls. I also happen to things that’s beyond awesome. Even seeing a ton of girls at the movie yesterday wearing their Captain Marvel T-shirts (and a Captain America jean jacket!) and getting so excited, was just amazing and inspiring. But why does building women up with a strong female lead mean that others have to be torn down? Why do politics have to try to completely cloud and take things out of context to a ridiculous level?

People can go and simply enjoy a movie while others go and become inspired by it. They, in turn, can grow up to… well, do anything they want. And in turn, inspire other young girls (or boys!) to keep the cycle going.

If you don’t like superhero movies, okay, then don’t go see this. If you don’t like what you think Brie Larsen said, well, first check your sources, but second… don’t see the movie. I’m okay with that because, trust me, as the Box Office numbers prove, there are plenty of fanboys and fangirls out there willing to trade their hard-earned money for a few hours of Marvel-ous entertainment.

2 thoughts on “This Fanboy Loved Everything About Captain Marvel, Including the Cat”