Before even seeing Guardians of the Galaxy, I knew Rocket Raccoon was going to be a breakout star. After seeing the film (twice so far!), I have no doubt he will rule Hollywood in 2014. I expect an Oscar in Rocket’s future. Maybe a “Raccoon of the Year” cover on TIME Magazine. And I expect a few hundred little costumed Rocket Raccoons begging for candy at my door this Halloween.

So when Hasbro (Thanks, Hasbro!!!) sent me a Guardians of the Galaxy box o’ toys to review, well, you could probably even hear my screams out in space. Allie was kind enough to not open the box and wait until I got home from work. I had to fend off the boys as I dove in to open it.

But seriously, how cool is this shipping box?!?

If you can believe it, the box is even cooler on the inside!

There’s a ton of amazing Guardians of the Galaxy toys in here, which I’ll be reviewing in the near future. For now, I’m just focusing on my favorite of the mix: Hasbro’s Big Blastin’ Rocket Raccoon 10″ figure!

This is now my new favoritest toy ever. Just take a look at him!

Not only does Rocket look cool, but this 10-inch figure features sounds, movie quotes and even moves! Press the button on Rocket’s leg and the upper paft of the figure actual moves! The blaster spins and makes shooting noises, while Rocket’s mouth and ears move. He even shouts out his familiar quotes from the movie! 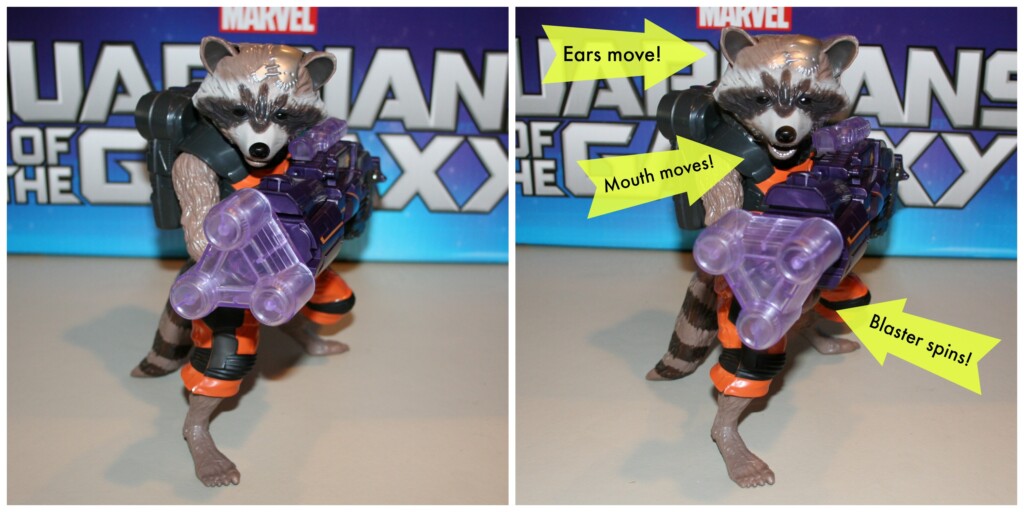 I can’t get enough of this guy. He comes with at least 11 random phrases including:

While he isn’t poseable, the action, lights and sounds more than make up for that. I can’t wait to bring him to the office, put him on my desk at work and share the Rocket love with every one of my co-workers all day long!

You can grab the Guardians of the Galaxy Big Blastin’ Rocket Raccoon Figure online or at your local toy stores today! 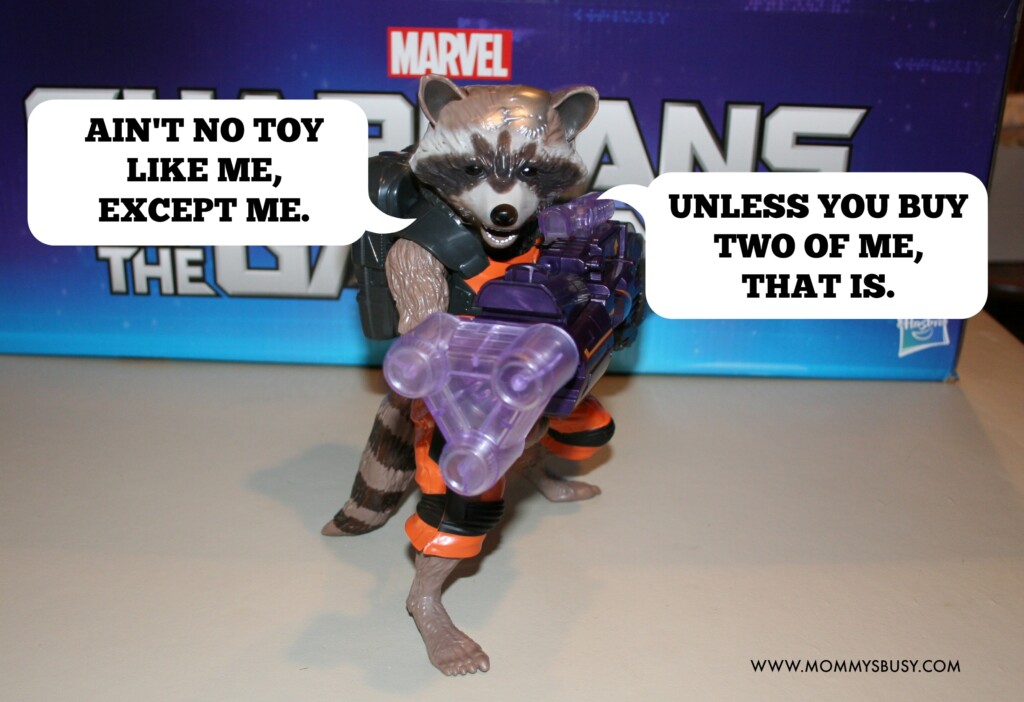