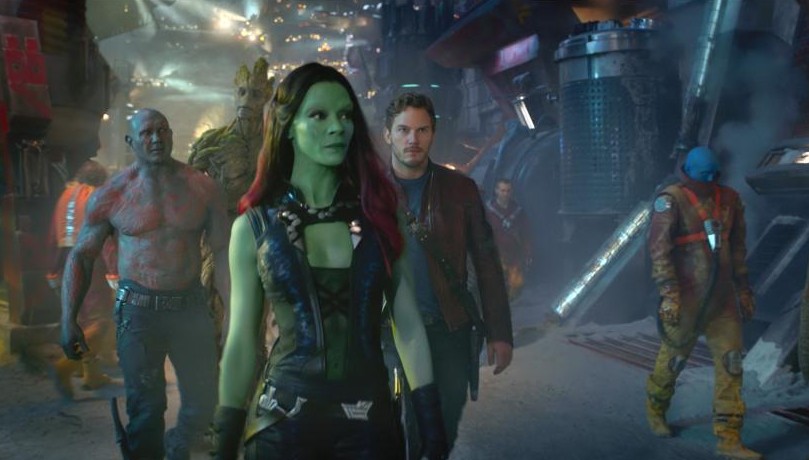 When Marvel first announced it was doing a Guardians of the Galaxy movie, well, my brain shrugged and my eyes rolled. I mean, there are soooo many awesome characters in the Marvel universe, so many amazing teams that could be brought to the Big Screen. But Guardians? Really?

And then, well, then I saw the very first trailer, played out to Blue Swede’s “Hooked on a Feeling,” and I was a changed man. In fact, I really was hooked. Since then, every new trailer or photo I’ve seen has gotten me more and more pumped up for this latest film.

That’s why I was real nervous to see the actual movie. How could it possibly live up to the hype? How could it be as over-the-top fun as my mind was envisioning? How could the giant gun-toting, trash-talking raccoon not get annoying after 5 minutes? Yeah, I most definitely had my doubts.

Last night, I finally got to answer those questions when I sat through an advanced screening with my buddy Adam. And after watching this far-out space adventure, my expectations were way off. Guardians of the Galaxy is even better than I could have ever expected.

I’m not going to spoil any of the movie, but I’ll just say there are loads of characters and plots in here that tie into the entire Marvel Universe of films. I was really shocked (and pumped!) to see them roll out onto the screen.

The basic plot is this:

From Marvel, the studio that brought you the global blockbuster franchises of Iron Man, Thor, Captain America and The Avengers, comes a new team—the Guardians of the Galaxy. An action-packed, epic space adventure, Marvel’s “Guardians of the Galaxy” expands the Marvel Cinematic Universe into the cosmos, where brash adventurer Peter Quill finds himself the object of an unrelenting bounty hunt after stealing a mysterious orb coveted by Ronan, a powerful villain with ambitions that threaten the entire universe. To evade the ever-persistent Ronan, Quill is forced into an uneasy truce with a quartet of disparate misfits—Rocket, a gun-toting raccoon, Groot, a tree-like humanoid, the deadly and enigmatic Gamora and the revenge-driven Drax the Destroyer. But when Quill discovers the true power of the orb and the menace it poses to the cosmos, he must do his best to rally his ragtag rivals for a last, desperate stand—with the galaxy’s fate in the balance.

To say Rocket and Groot steal the show is an understatement. While it’s true, that doesn’t mean Peter Quill and Drax don’t share the stage with equal hilarity and awesomeness. If you don’t hug a tree after watching this movie, you clearly have no soul. 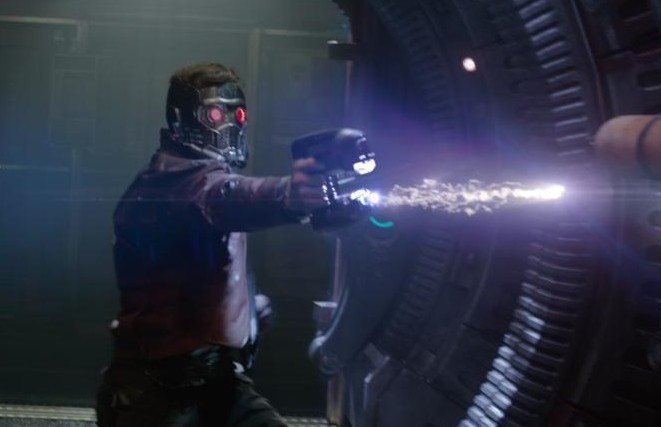 Captain America: The Winter Soldier is still one of the best (if not THE best) superhero films ever made. But that was all high-action/suspense. Translate that to all-out, space-faring fun, and you get Guardians. It’s equal parts laugh and action and really is just a wild, insane ride that leaves you screaming for more. And thankfully, we’re going to get it, as Marvel’s already announced a Guardians of the Galaxy sequel!

I can’t speak of the extra post-credits scene, as it wasn’t shown during the screening. But I plan on seeing the movie again this weekend with the family, so I can’t wait.

As for whether it’s kid appropriate, there were a number of curses (No “F” bombs, but a few others throughout). There’s no nudity or even any real sexual situations, other than some quick references in passing dialogue. Most of it will likely just go over kids’ heads. And yes, there is violence, but certainly no more than there was in Avengers or The Winter Soldier.

I may not’ve been a big Guardians of the Galaxy fan in the past, but I am so sold now. I absolutely cannot wait for the sequel. Then again, I can’t wait to see the movie again this weekend. 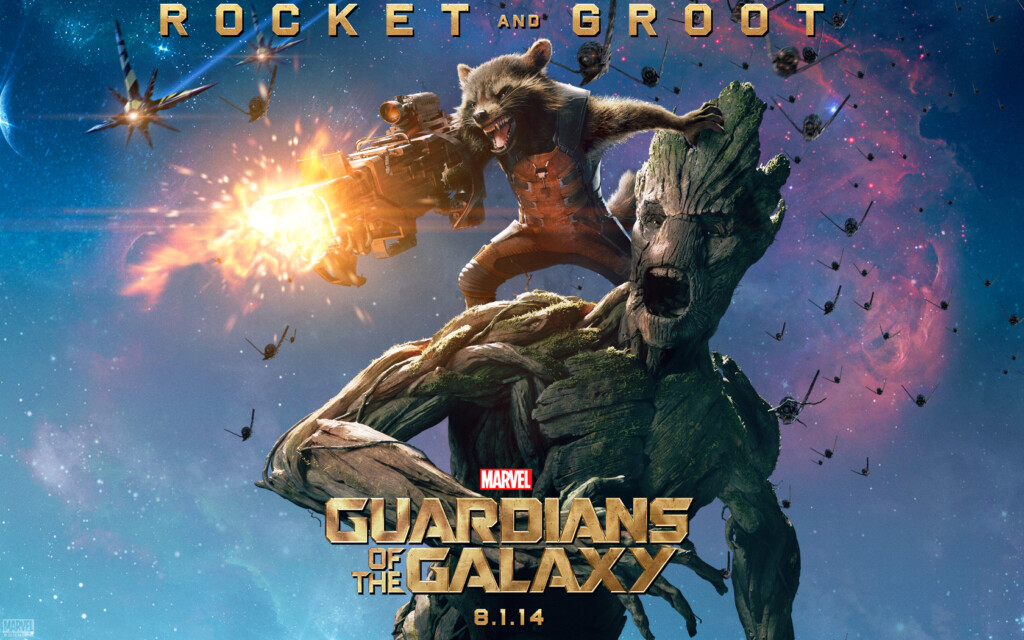