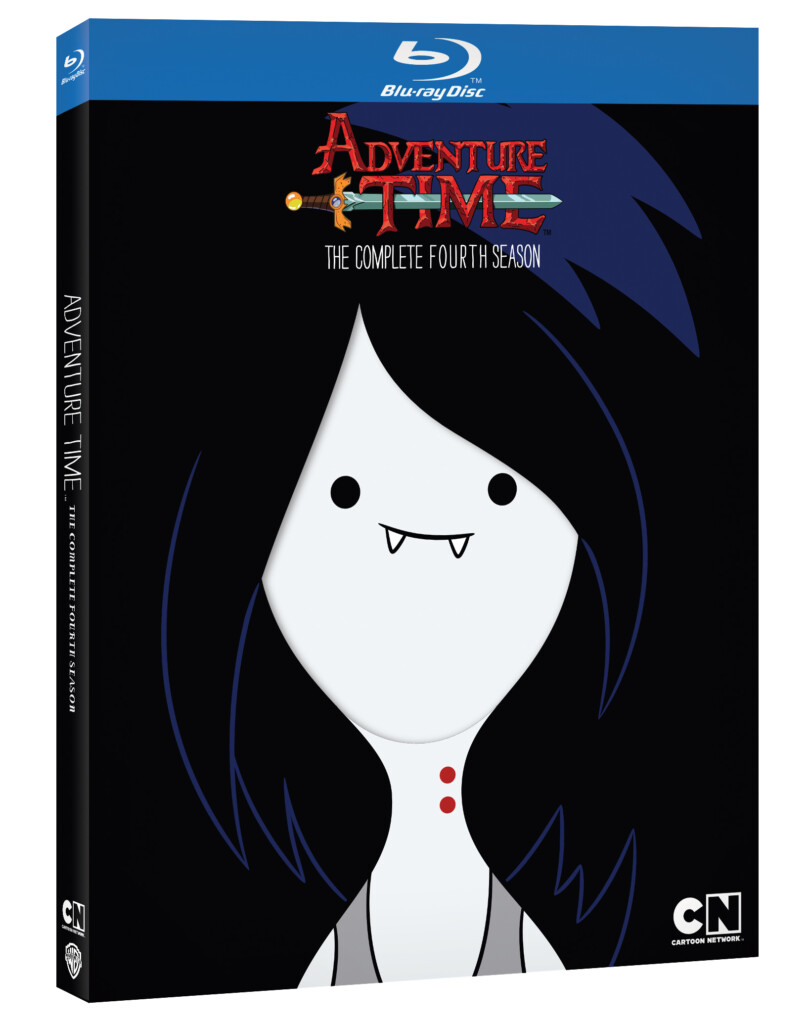 If you haven’t been following the absurd adventures of Jake and Finn on Cartoon Network’s Adventure Time, well, you’re living a pretty sheltered life I’d say. It’s pretty hard to describe this insanely absurd cartoon since it’s a show that’s really all over the place. It’s like one insanely wild dream you have after eating an entire pepperoni pizza at midnight before heading off to bed.

It may not make 100% sense (or even close to 50%), but as the title suggests, this show is chock full of adventure. No matter the danger or the craziness, Jake (the dog) and Finn (the human) remain best friends through it all. And Adventure Time: The Complete Fourth Season keeps the friendship (and adventure) going big time. What’s in store this go round for the pair of pals?

Love plays a big part this season whether it’s between a married (but fighting) couple of giant spiders intent on feasting on Jake and Finn, or the odd couple of a pig and an elephant showing a bit too much PDA. Then there’s Finn’s infatuation with a Flame Princess (talk about hot!). There’s also darker more serious tales including the two-parter “They Went to the Nightosphere” which sees Finn and Jake trapped in the horrific, demonic world run by Marceline’s demon dad Hunson Abadeer.

My favorite scene so far, however, has to be an image of a cute li’l penguin farting up a storm while being held under the Ice King’s arm. It’s a super short scene that adds the perfect cherry to the insanity sundae of the rest of the episode.

Music plays a big role this season, as always, and the DVD extras pay tribute to that very fact with the 19-minute Distant Bands: The Music of Adventure Time featurette. Series creator Pendleton Ward, creative director Pat McHale, and storyboard artists Jesse Moynihan and Rebecca Sugar share their thoughts on the music of Adventure Time and why it’s such an important piece of the puzzle.

There’s also cast and crew commentary for each episode, as well as a neat Marceline slipcase over the DVD itself, that reveals a rockin’ new hairstyle for the gal.

If you’re a fan of the show already, chances are you’ve already put this puppy on preorder. You won’t be disappointed. And if you’ve never seen the show, you can dive right in and welcome the madness of it all. 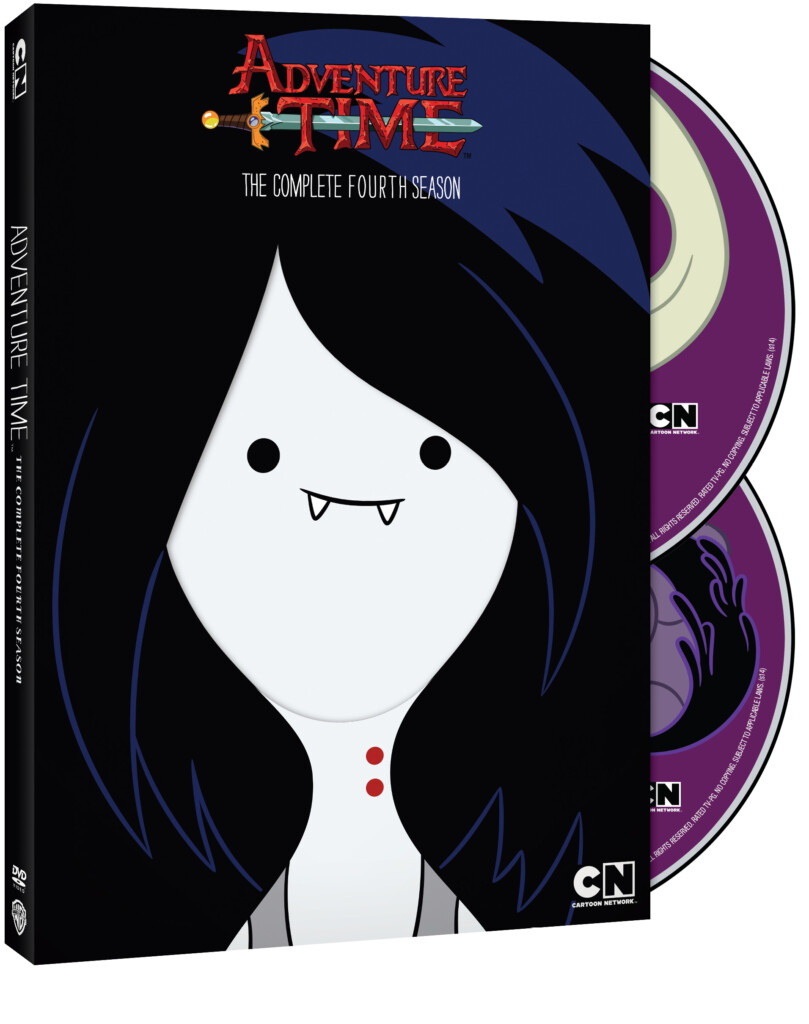