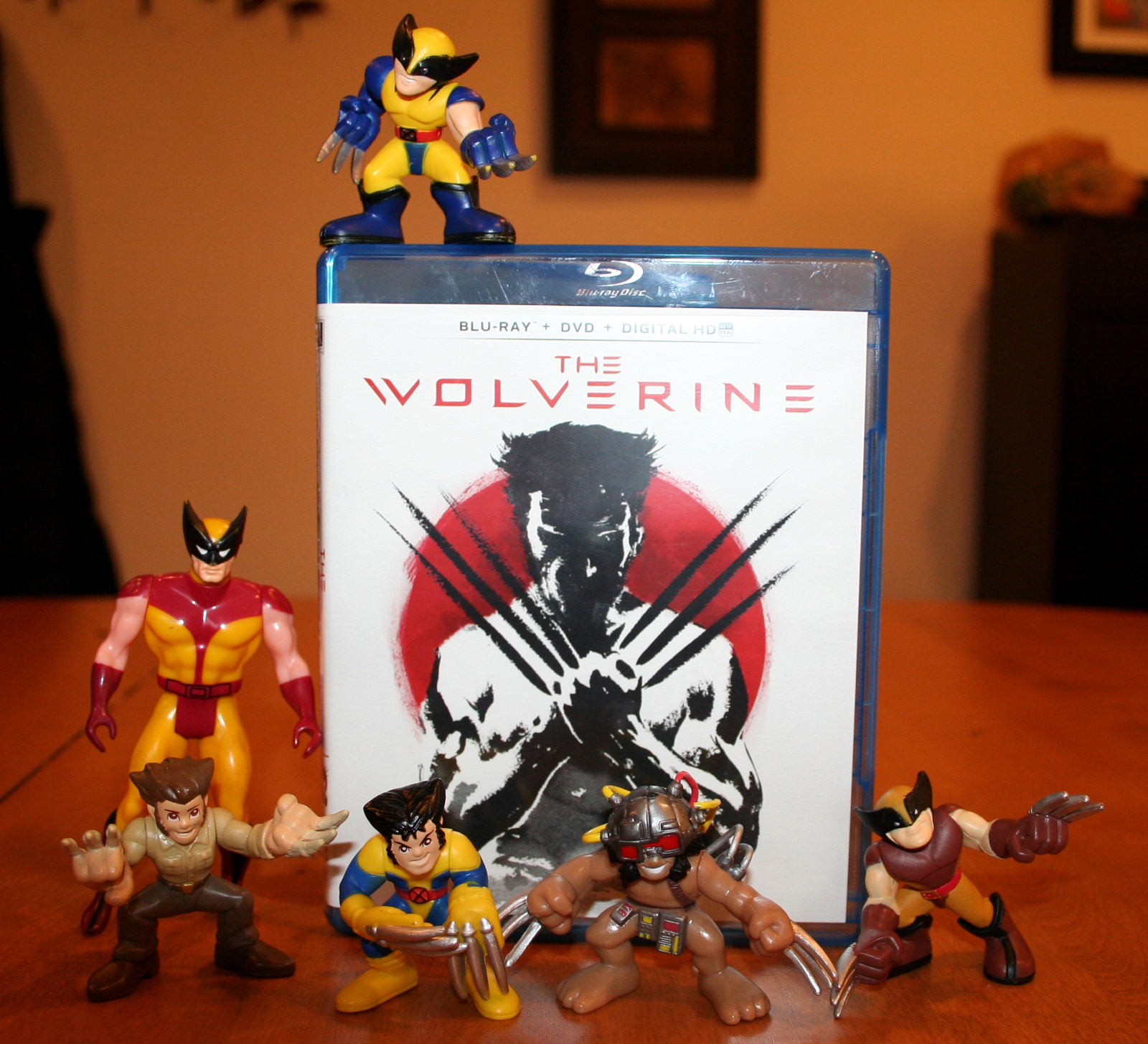 This week we got to watch 20th Century Fox’s The Wolverine! We never saw this one in theaters, so I was pumped when I was sent a Blu-ray copy of the film to review! Jason couldn’t wait either and Ryan (who for some reason now claims he hates all superhero movies even though he watches them and seems to love them) even said he’d watch it with us. Allie too!

For you continuity buffs, the film fits in at some point in time after the 3rd X-Men film (X-Men: The Last Stand). My biggest complaint about The Wolverine though is that if you came into this one cold, not having seen the other X-Men films, you’re going to miss a lot. Wolverine’s powers and adamantium skeleton are never really explained, though most people should be aware of them by now. But (SPOILER ALERT: Stop reading if you haven’t seen X-Men: The Last Stand) Jean Grey pops up a lot in this one and if you haven’t seen X-Men: Last Stand yet, you’re going to continually wonder who the heck that redhead is.

Setup aside, I have seen all the previous mutant-filmed movies so I knew exactly what was going on. Now my super duper short review of The Wolverine is that it’s 100 times better than the first Wolverine flick X-Men Origins: Wolverine. I hated that film for a gazillion reasons.

Except for the Jean Grey tie ins, The Wolverine is pretty much a self-contained story. Set in modern day Japan, Logan reunites with an old friend from World War II. (The Japanese WWII flashbacks are pretty darn cool.) I won’t give too much away about the plot, but it involves an arsenal of ninja, Yakuza, samurai and a creepy venomous villain. Oh, the big wrinkle in this one is that Wolverine’s healing powers? Well, yeah, they’re pretty much history.

The overall storyline can get a bit confusing (Ryan had no clue what was going on and Jason followed most of it but was a bit lost at times.) considering there’s a lot going on with a number of different factions fighting over the same thing. The action, however, is pure Wolverine adrenaline. Lots of great street fights, a battle on top of a bullet train that’s not to be missed, and a totally Wolverine moment when the lone X-Man takes on countless ninja armed with deadly arrows. It definitely felt just like Wolverine jumped out of the comic book pages on those fights.

I remember reading a number of X-Men comics from the ’80s that saw Wolverine head over to Japan, where he met Mariko and Yukio, both of whom play a large role in this film. I definitely want to go back and re-read those now after seeing the movie.

Like Jason, I was a bit confused overall by the storyline but the action and acting (Hugh Jackman just is Wolverine) definitely make up for it. I also just love the entire Japanese setting and always was a fan when Wolverine would visit.

I’d probably rank this a bit higher than X-Men: Last Stand but not nearly as good as the first two X-Men films. If you’re a fan of the overall series, I certainly recommend checking it out. And for you ladies out there, yes, you get to see a buff Hugh Jackman walking around shirtless.

Make sure to watch into the credits because there’s a bonus scene that totally sets things up for the next huge film X-Men: Days of Future Past!

The Blu-ray DVD also includes a number of special bonuses such as a Days of Future Past set visit, an alternate ending and The Wolverine Second Screen App. 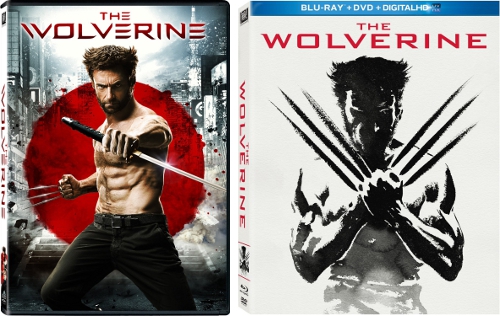 Buy The Wolverine on Blu-ray | DVD

Note that this post contains affiliate links for some mutant-filled movies. If you click through and place an order for any, I will make a small commission and do a happy dance. Thank you!