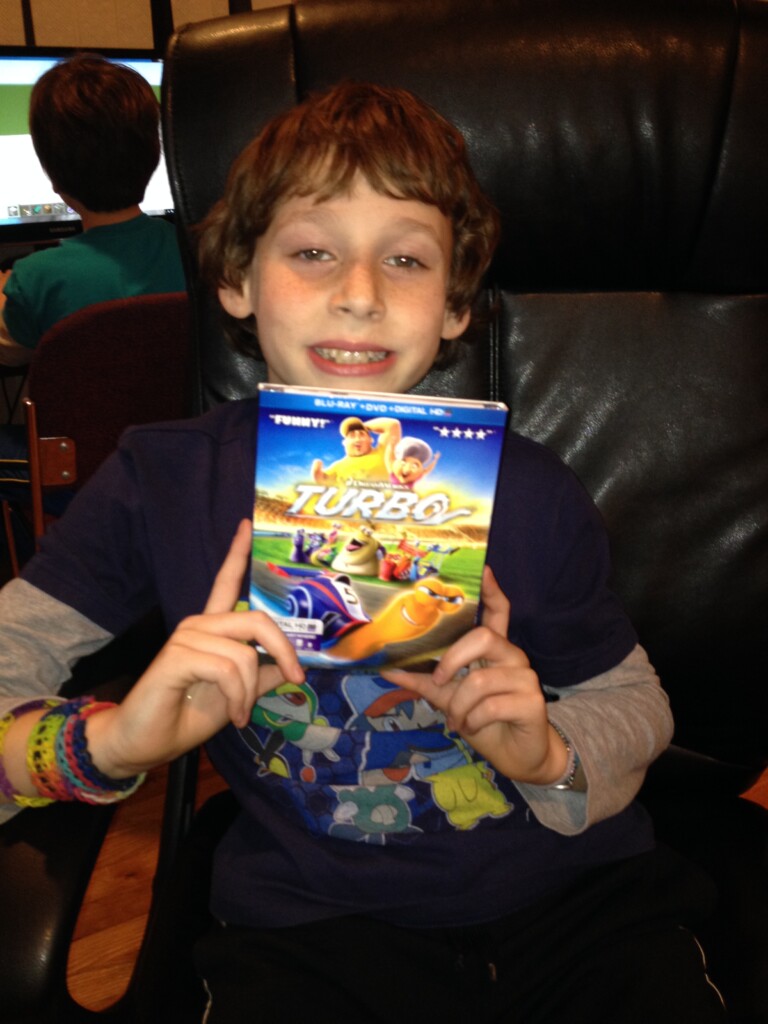 Hello? Is this thing on? Apparently not…

So much for starting with a joke. Anyways, this weekend’s Family Movie Night featured DreamWorks’ latest hit Turbo! It’s your typical story of a garden snail wanting to race in the Indy 500, finds himself juiced up on some high-octane fuel, and suddenly is fighting for first place (and his life!) in the biggest sporting event of the racing industry. Yeah, okay, so maybe not so typical.

Here’s the Turbo story in 60 seconds:

We missed this one when it was in theaters, though both Jason and Ryan were itching to see it. And so was I. Ever since I saw that first trailer with Turbo “racing” the full length of a 12-inch ruler (only took 17 minutes, a new record!), I couldn’t wait.

This time we didn’t even wait to finish dinner before starting. Yes, it must’ve been a special occasion, because Allie even suggested we eat dinner in the living room while watching. So we curled up on the couch, plates in hand (it was a fish night for those of you keeping score at home),  and let the good times roll.

I have to say, Turbo surprised me. I expected a typical, cookie-cutter type story with a few jokes. But from the beginning to the last second, I was completely enthralled. There’s a great parallel throughout the film between Turbo and his always-criticizing brother Chet, and the human Tito and his ever-criticizing brother Angelo. I won’t give any spoilers, but I will say that considering the movie takes place at Dos Bros Tacos, I was seriously craving a taco way before the credits started rolling.

Turbo eventually meets up with a group of racing snails led by the insane-yet-awesome Whiplash, voiced by Samuel Jackson. For some reason, though, the absolute absurdity of it all never really crosses your mind. You just accept that these snails race and that one of them is completely out of his gourd. Toss in a rockin’ soundtrack  and lots of high-speed racing, and you’ve got another DreamWorks hit on your hands. There’s a viral video moment in the film for a song called “That Snail Is Fast,” and even two days after watching the movie, Jason and Ryan are running around the house singing it!

The big message behind the movie is that no dream is too big and no dreamer too small. Unless you get down to insect size (or maybe aomeba-size), you won’t get much smaller than a regular ol’ garden snail. And Turbo dreams real big.

Despite the movie’s main focus, the story definitely doesn’t move at a snail’s pace. There are some legitimately funny moments (I love anything and everything involving the snail called White Shadow) and the animation is as gorgeous as you’d expect. There’s actually a scene that shows an old TV and VHS video tapes (Sigh. Okay, go Google “VHS” if you’re too young to know what I’m talking about…) that I could’ve sworn looked like they were real and not animated.

In the end, Turbo doesn’t take any cliche or “easy way out” endings. It’s a great ride all the way through and would make for a fantastic stocking stuffer (or Hanukkah Bush present) this holiday season.

There’s still time to enter my Turbo Giveaway and win yourself a copy! But hurry, the giveaway ends November 18, 2013 at 11:59 pm! 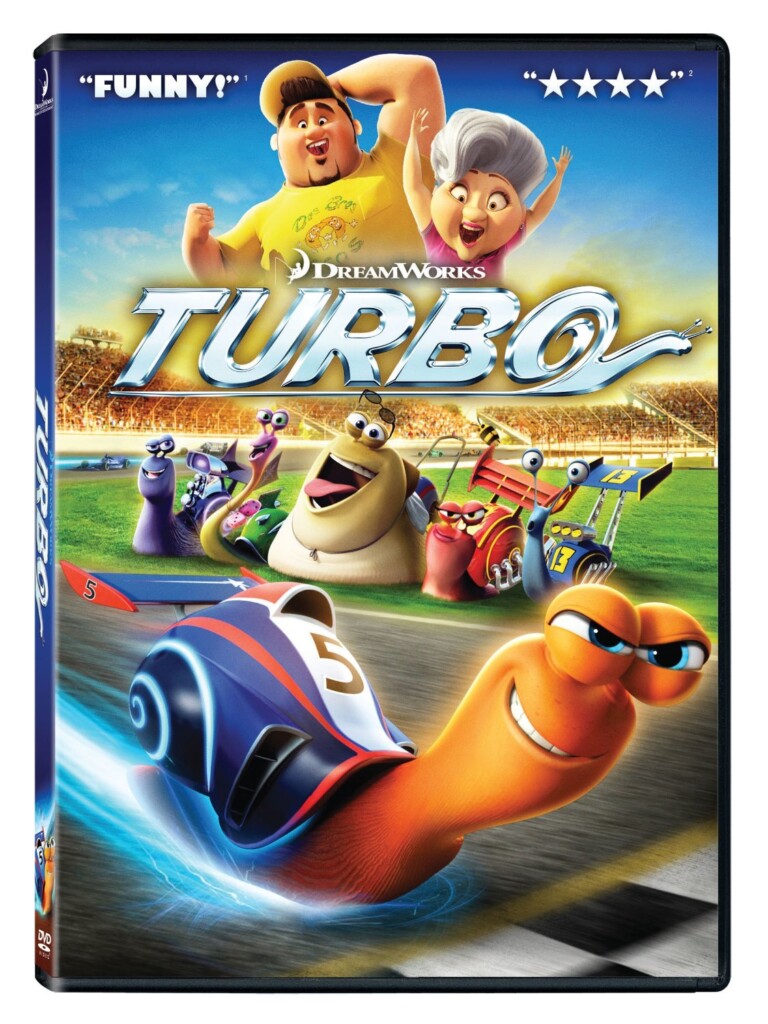