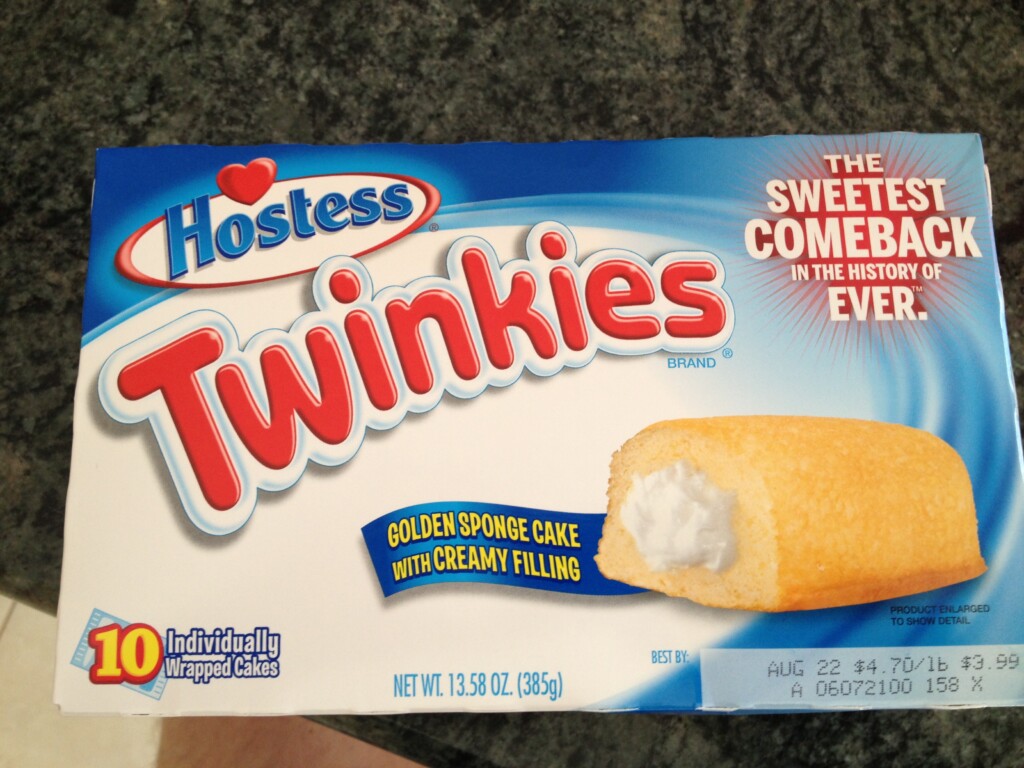 Like the rest of the unhealthy US of A, I was devastated when I heard that Hostess filed for bankruptcy. Twinkies. Cup Cakes. Suzy Qs. These were one of the four food groups I grew up on!

Now I wasn’t one of those folks to spend $250 on eBay for a box of Twinkies. Even I’ll admit that’s a bit much. Granted, that could be invaluable in the face of a Zombie Apocalypse. But as I haven’t seen any Walkers lately, I feel pretty confident in my choice.

But now, Hostess is saved. God Bless Capitalism, as another company has purchased Hostess and a number of its plants, recipes, etc. I don’t know (nor care) about the specifics of the deal. All I know is that in record time, Twinkies are back on shelves!

Allie was hitting ShopRite yesterday to pick up some groceries, so I ordered her (and by “order” I mean grovelled and begged) to pick up a box of Twinkies. We’d heard that Walmart was getting a huge shipment this week, and they’re right next door to ShopRite. So I crossed my fingers and waited impatiently.

Days later, or maybe just an hour or so, my lovely wife returned from shopping. She had bags and bags of groceries. Bananas. Yogurt. (Go, Chobani!). Cereal. Milk. But then she looked at me and said, “I’m sorry, honey. But Walmart sold OUT of Twinkies by 7:30 a.m.!”

Wowzers. You’d think Twinkies were the new iPhone or something. Dejected, I thanked her for trying and proceeded to pout like the grown man I am.

“But I didn’t go to Walmart… I went to ShopRite,” said my amazing and gorgeous wife as she proceeded to pull out a box of Twinkies! If that doesn’t win “Best Wife of the Year” Award, I honestly don’t know what should.

The real test, though, was in how they tasted. Did Hostess lose a step in quality when it switched owners? Let’s find out! 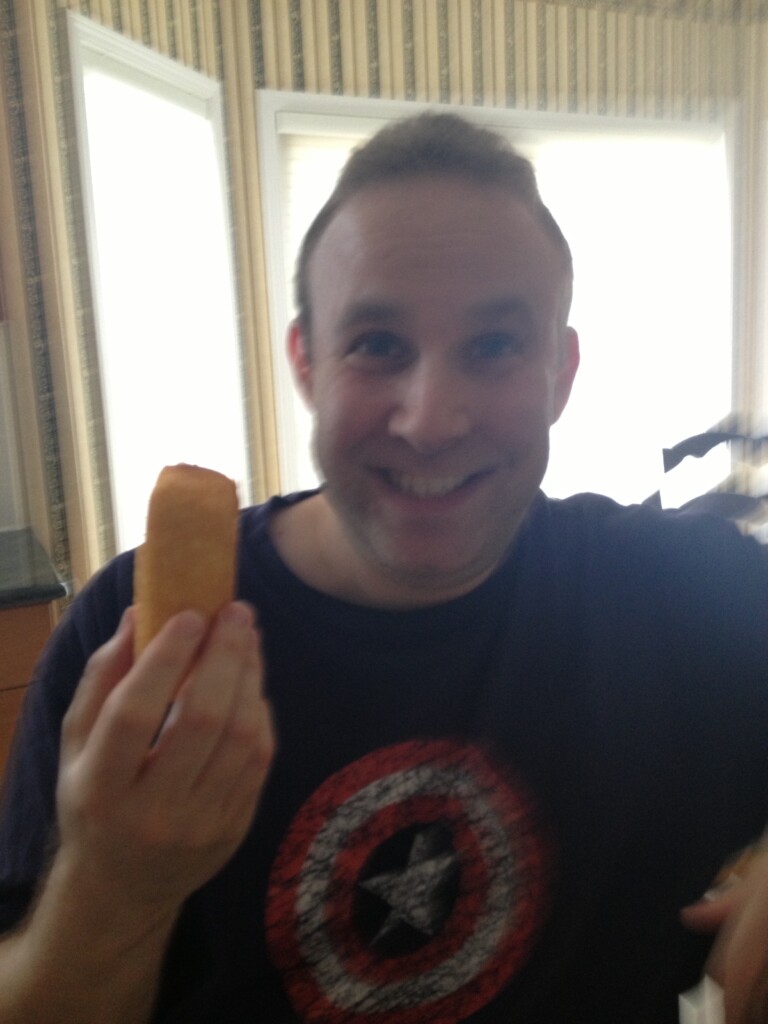 I never thought I’d be holding another sponge-filled snack cake in my hands again! 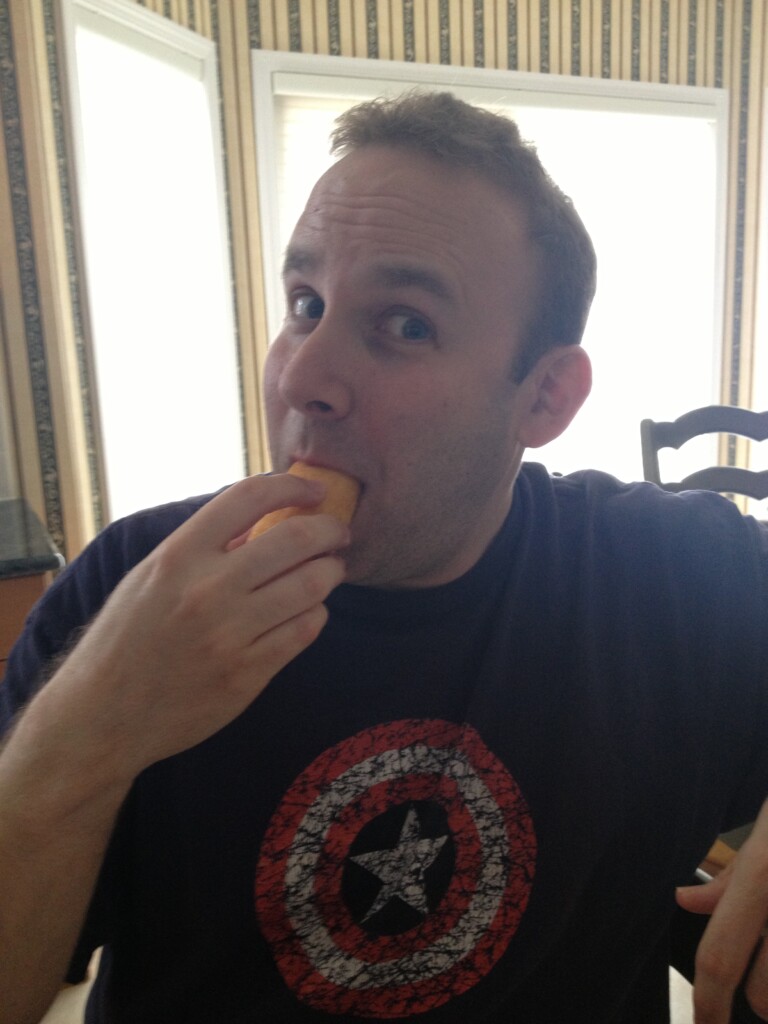 The first cut is the deepest? Yeah, well the first bite is the sweetest! 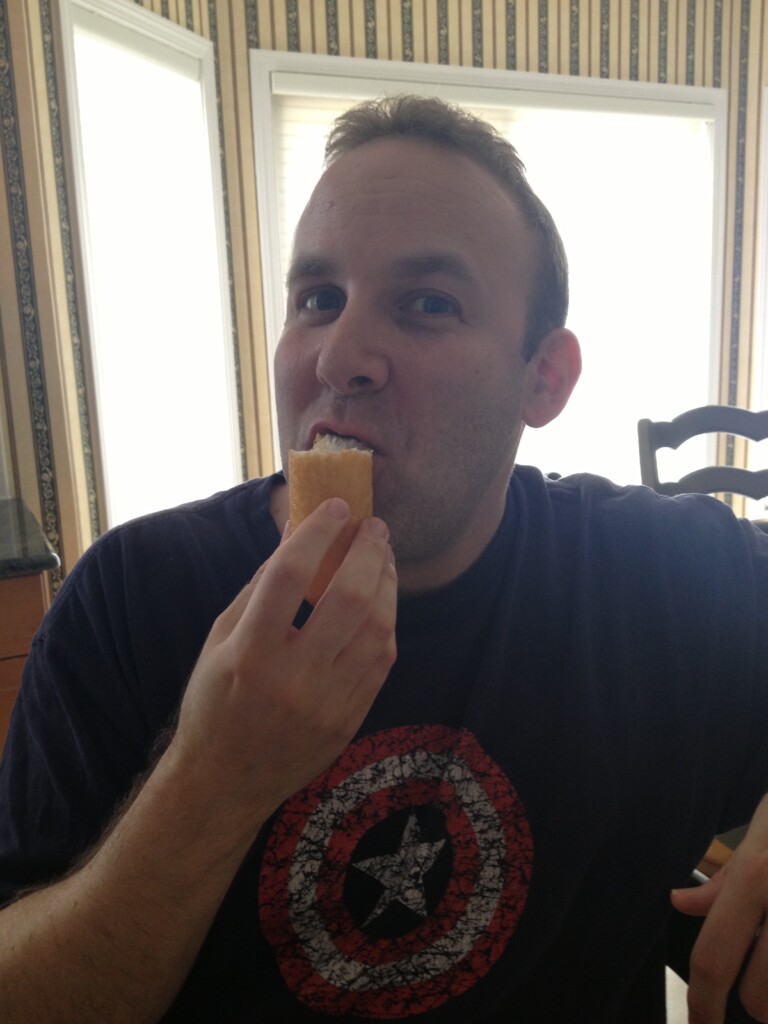 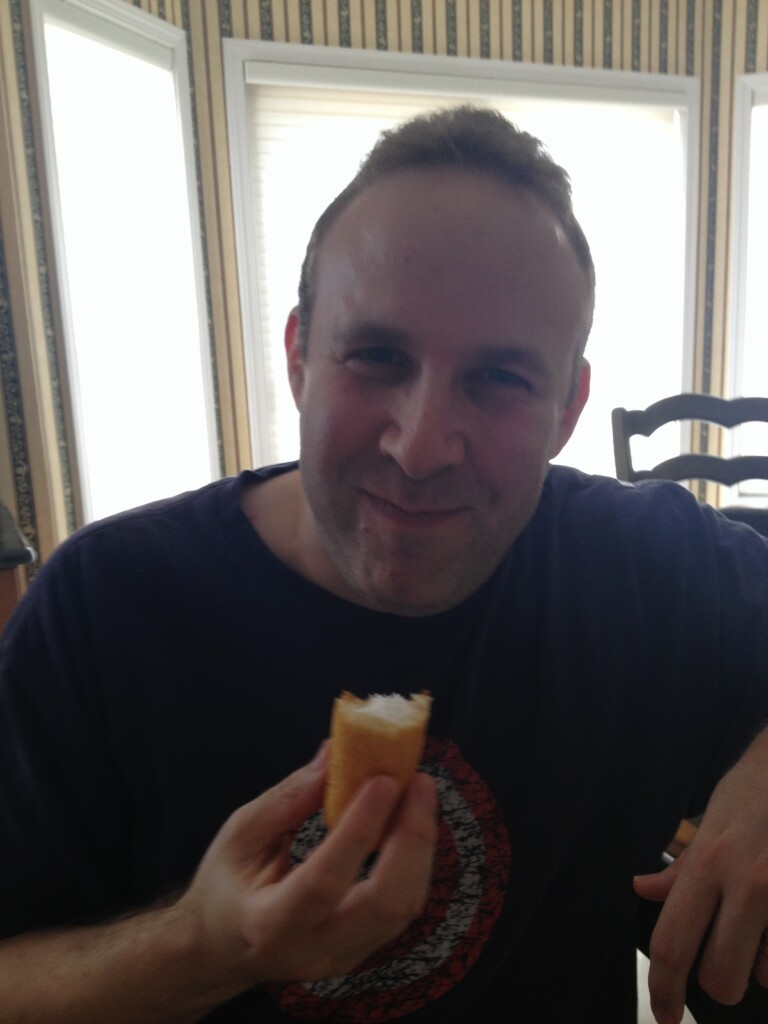 Yes, Twinkies are back and they taste as processedly awesome as they always have. Now I just need to stop myself from eating an entire box in one sitting. And hey, Hostess, if you’re looking for any Blog Ambassadors, I gladly toss my stomach into the ring!