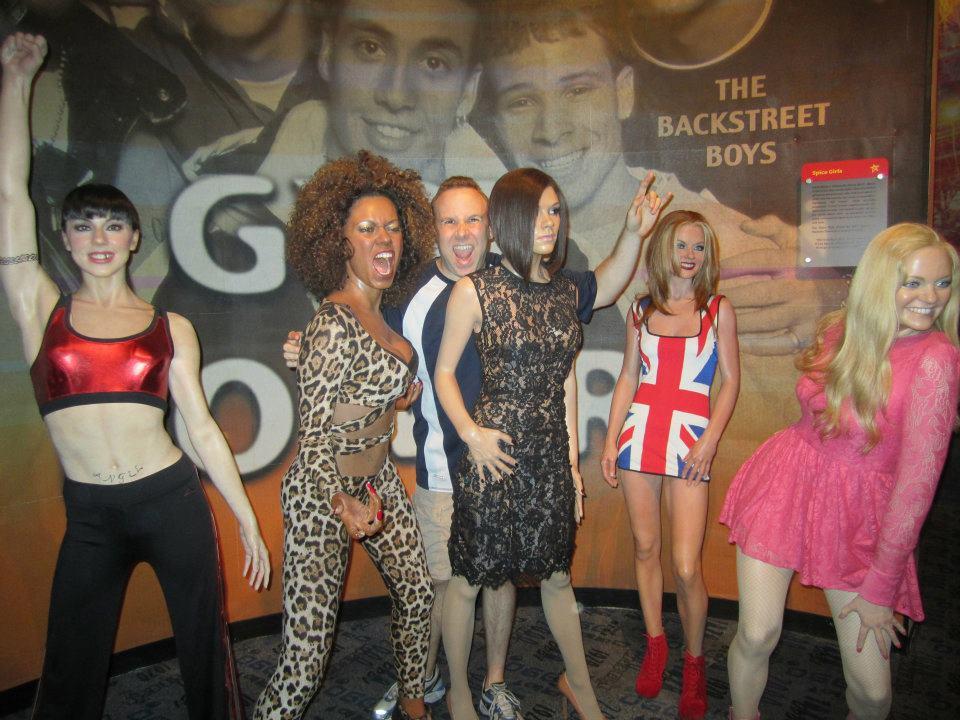 I’ve spent my entire life in New York. Not in the crazy crowded city of Manhattan itself, but in the suburbs. Close enough to visit, but far enough away to be considered living “upstate” from most Mannhattanites. So when we visit NYC, I don’t really consider us tourists. Except for last weekend.

On Sunday, my family headed down to the Big Apple to meet some family friends and go to Madam Tussaud’s Wax Museum. I’ve never had any desire to go to it. I’ve seen wax museums in various cities across the country (Shout out to San Francisco!), but never gave the establishment more than a quick glance and a snicker. Total tourist trap, is all I ever thought.

But my wife got it in her head that the kids would love to go. I agreed, reluctantly. It certainly ain’t cheap and I wasn’t sure the kids would really care about seeing a life-size Angelina Jolie candle. That is, until I saw that they had an Avengers exhibit, as well as an Avengers 4-D show. Suddenly, Madam Tussaud was my BFF!

We found super-awesome cheap parking nearby. (Just $10 for up to 10 hours!!!) Allie is the master at finding the cheapest garages. NYC Travel Tip: Check out Icon Parking for tons of insane parking coupons throughout all of Manhattan.

The museum starts you off on the top floor, and you slowly walk your way down and out as you go through room after room of exhibits. Some were very neat, some were kind of lame. What I didn’t like were the two awesome areas set up for photo opportunities. First was right when you enter the museum. There’s a huge King Kong with an outstretched open hand that’s just made for great photo opps. Except you can’t take personal photos there, you have to pay the $15 (minimum) price to have Madam Tussaud’s team take a photo. Same exact deal with the Obamas in the Oval Office setup. Those were both neat areas that they should’ve let people take photos at on their own.

The kids were semi-bored at first, since the first room you enter is the party room, where it’s an elegant room with top celebrities mulling about: Angelina Jolie, Brad Pitt, George Clooney, Harrison Ford, etc. Basically it’s just famous people in fancy clothes. We quickly moved on.

The sports area was great, as they had some real classic baseball players like Babe Ruth, Mickey Mantle, Jackie Robinson, as well as a room for basketball, football, boxing, etc. The kids liked running around inside the boxing ring, so that was a win right there.

The Avengers easily stole the show, though. Cap was fun to pose next to, and they even had a garbage can lid painted up as a shield to hold as a prop. My wife (and a number of other touristy girls) swooned over Thor. But the Hulk was monstrous. Literally. He was gigantic and looked great! I need to get me one of those for the backyard.

The kids were all way too scared to see the 4-D movie, so me and the other dad were the only two to watch it while the rest of the families waited outside the theater. I’m not a fan of 3-D at all. It’s usually lame and unnecessary. 4-D rides and shows can be kind of fun. This one… rocked my socks! The 3-D was seriously well done. Objects like Thor’s hammer and Cap’s shield felt like they were literally about to smack me in the nose. It was a fairly simple storyline that saw Doctor Doom taking on Captain America, Iron Man, Thor, Hulk, and Spider-Man, but it was really well done. Fairly short but fun. I’d say it was the equivalent of watching an awesome video game cut scene with great 3-D effects tossed in.

Overall, the trip was a lot of fun and I’m glad we finally did it. Would I go again? Doubtful. Unless I had free or insanely cheap tickets, or there was a great new exhibit (Nintendo characters perhaps?), it’s not really worth a repeat visit.

If you decide to go yourself, I recommend buying tickets online, as they’re a little bit cheaper. You’ll also find a few interesting coupons and overall information about limited exhibits.

Here’s some more random pics from our trip:

Hope you enjoyed our tour of Madame Toussaud’s. And don’t worry, we took the kids to Nintendo World afterwards, which more than made up for all these stiffs.

2 thoughts on “Waxing On, Waxing Off With Madame Tussaud”