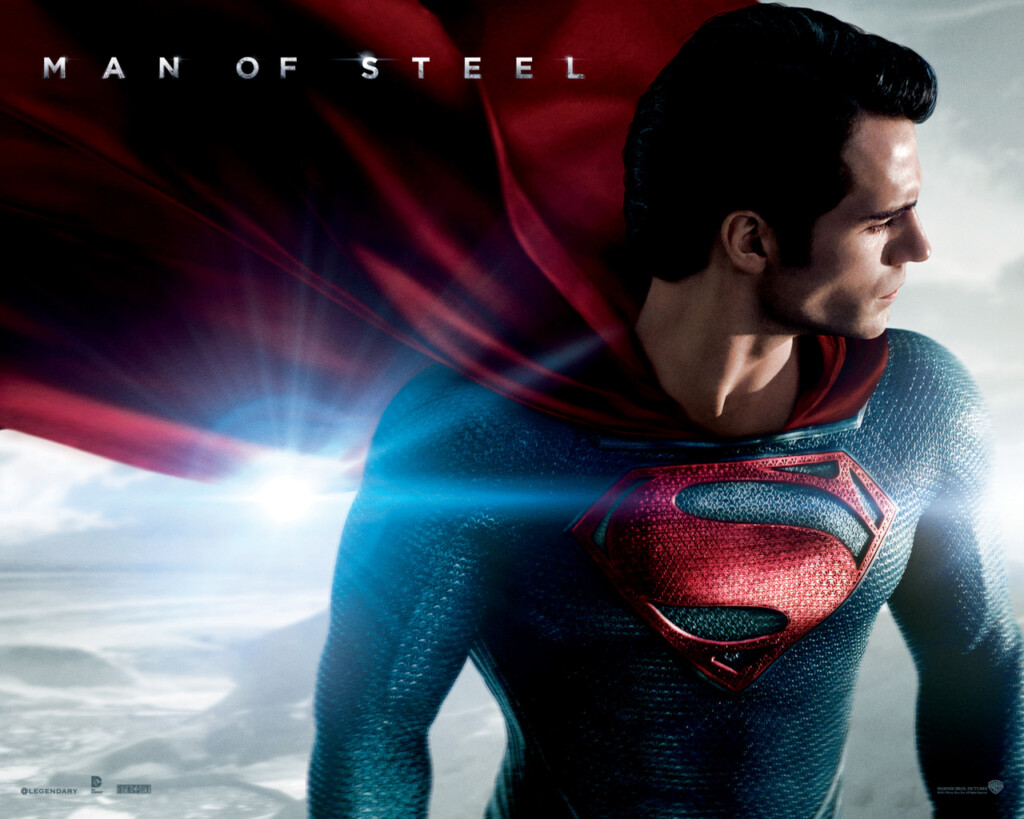 I hate Superman. Always have since I was a little kid.

No, I’m not un-American. Heck, I’m a ridiculously obsessed Captain America fan. (Did you have a Captain America ice sculpture at your wedding? Yeah, didn’t think so.) He actually wears the flag, not just the colors.

No, Superman was always just too powerful for me. Too goody goody. Too… well, boring. There are maybe a handful of actual Superman comics I love reading over and over (And the bulk were written by the insanely brilliant Alan Moore). I do love the first two Christopher Reeve Superman films. He was perfect and the stories were solid enough.

I semi enjoyed Superman Returns with Brandon Routh as I watched it… but the second it ended, I thought about it and liked it less and less as the minutes went by. Hated the story and thought Routh made a pretty lame Superman.

So when Warner Bros. announced yet another reboot of Superman, this time a darker and grittier version, put together by some of the folks who gave Batman new life with Christopher Nolan’s Dark Knight trilogy, well… I think I may’ve yawned at first. Then I saw a trailer and rolled my eyes. Then I saw another more detailed trailer and got kind of interested.

And then Man of Steel came out. And the reviews were insanely mixed. Some people loved it; a lot were lukewarm on it. And tons of diehard comic fans hated it. To me that meant one of two things: Either I’d pretty much hate it or I’d absolutely love it.

Let me tell you something, I didn’t hate it. Not by a long shot. In fact, I loved it.

I loved it so much, that I hope Warner Bros. keeps with this incarnation for a few more films, maybe making a few adjustments to appease the masses more, but overall keep the themes going.

Think I’m nuts? My expectations were so low that I had to like it? Nope and nope. Even Allie loved it, so you can face her wrath too if you want to argue. 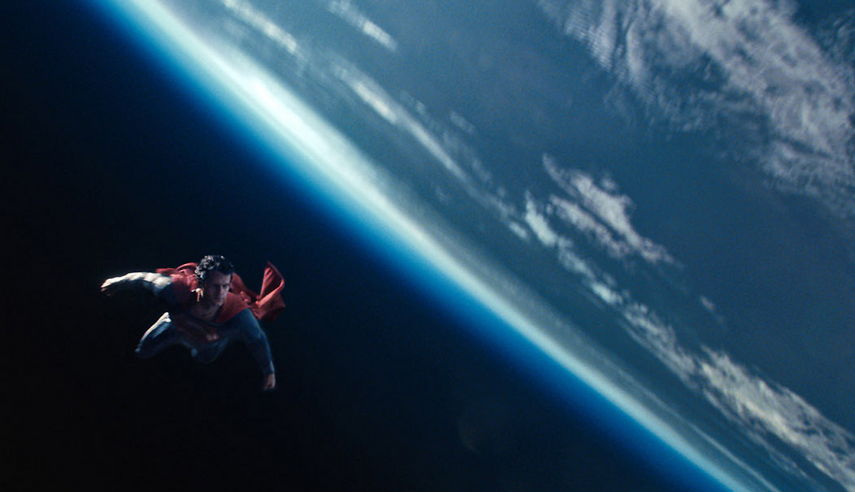 Krypton is an alien planet. It’s supposed to be far advanced from ours. That doesn’t mean there’s crystals everywhere and all the inhabitants wear white (no offense to Marlon Brando). The long Krypton intro to the film was awesome. Finally we get to see an advanced planet that looks very much alien in nature. Flying dragon-things just like in Avatar. Genetically created babies. Machines that can terraform a planet so it’s inhabitable by Kryptonians? Yes, yes and yes! Krypton looked very much like an alien planet, one that I’d love to see an entire movie set on!

Growing up in the ’80s, I don’t think anyone can ever top Terence Stamp’s portrayal of the merciless Zod from Superman II. “Kneel before Zod” will live on as one of the most classic movie lines ever. That said, the old Superman films never did much to set up Zod as a bad guy other than a quick trial. That’s why I really liked Man of Steel’s take on the overzealous general! Yes, I’ll admit he over overacted a bit, but his character was great. He had a definite motive and basically seemed pre-programmed to protect Krytpon’s way of life, no matter the cause. It may seem a bit reminiscent of a “Master Race” that started in 1940s Germany, but it certainly gave Zod personality and a real motivation. He wasn’t 100% bad as he tried to lure Jor-El to his side and only after seeing there was zero chance of that, did he kill his old friend.

I thank the Warner Bros. Movie Gods for not dragging us through yet another super long, boring repetitive origin story of baby Kal-el crash landing in Kansas on a farm. While I was a bit unsure of the time frame when we first start with Clark on a fishing boat, it didn’t take long to see that he’s off on his own trying to meld in where he can. The short flashback scenes slowly rolled out during the film did a great job of filling in all the holes. Plus they were all neat new ones, especially seeing him lose complete control of his powers while in elementary school.

Even as a kid, it was interesting to see Clark pretty much an outcast. He had no friends and was constantly picked on by bullies. It just further perpetuated his situation of not knowing how to fit in on this planet. Just as Captain America had to deal with being a “Man out of Time,” Clark was pretty much a “Man out of Place.”

In the comics (and the other Superman movies), Pa Kent pretty much always bought the farm (no pun intended) by having a heart attack. Clark just isn’t fast enough to save him and it tears him up inside. Nothing wrong with that, but the way Pa Kent knew death was facing him head on and yet told Clark to stand his ground was a breath of fresh air. He taught Clark not to let anyone see him use his powers and even questioned whether he should’ve saved those kids in the school bus. Well, you have to hand it to Pa, because he’s no hypocrite. His life was on the line and yet he still told Clark to stand down.

Now this one’s a toughie. I didn’t love Amy Adams as Lois. But I didn’t hate her either. Margot Kidder was a bit too whiny for me in the classic films from the ’80s. I’d like to see Adams’ Lois a little more aggressive, though I did like how her curiosity kept her going no matter what. She followed Clark into some crazy cave full of alien technology and didn’t run. Give her a little more room to grow in the next film, and she can really start coming into her own.

By far, my favorite part of Man of Steel was when Superman fired up his heat vision. It just looked crazy intense. You could actually feel the heat pouring from his eyes. It reminded me 100% of my all-time favorite Superman story, “For the Man Who Has Everything” by Alan Moore. Supes takes on Mongul in a brutal battle, hitting him with heat vision and he screams, “BURN!”

Zod’s Pain in the Neck

If Superman didn’t kill Zod at the end, I actually would’ve been disappointed. I didn’t know if Warner Bros. had the guts to pull it off, but I’m glad they did. Superman was left with no choice. Zero. If he let Zod live, Zod would kill, kill and kill some more. He absolutely would not stop. Superman had no choice left and made the tough decision, the right decision in my mind. And the fact he didn’t like having to make the decision in the first place is what really helps his character grow.

Those are just a number of reasons I dug Man of Steel. I hear Batman’s going to team up with Superman in a sequel. I hope they can pull it off because that’s the greatest thing about all the Marvel movies: they set up a fantastic continuity that connected all their films.

Here’s to the Man of Tomorrow! 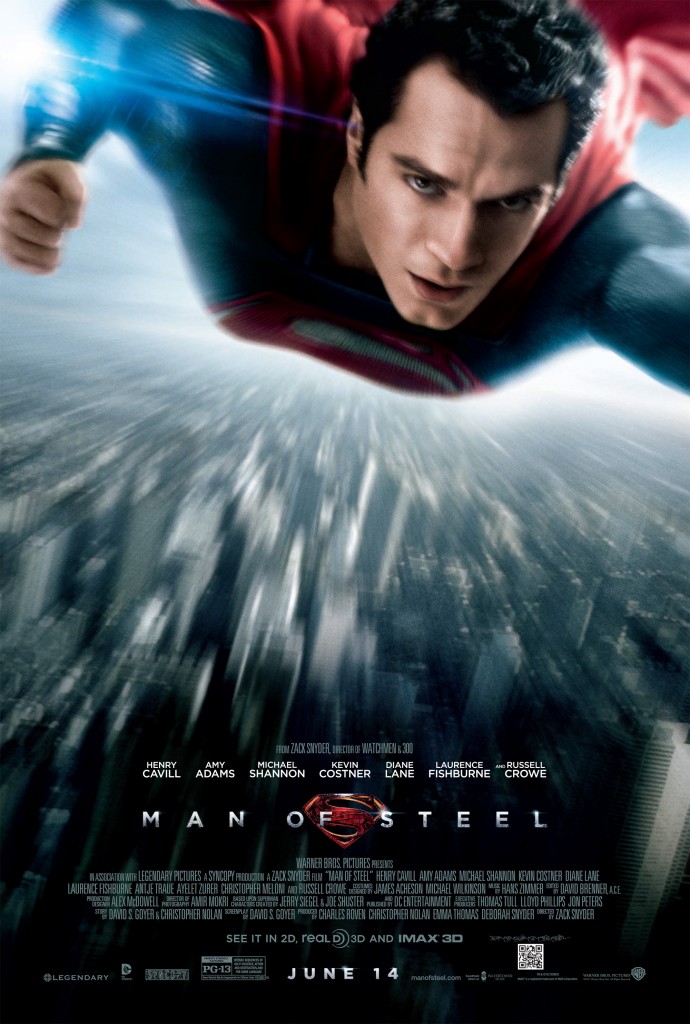 Did you enjoy Man of Steel?

16 thoughts on “Yes, I Loved the New Superman Movie, So Just Deal With It”